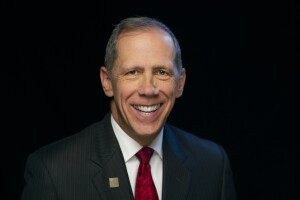 Ever wish you could gaze into the future? Turns out you don't need a crystal ball -- just a bachelor's degree in meteorology from Penn State.

Scott Dorval, Idaho News 6's Chief Meteorologist, has worked both behind and in front of cameras and microphones since the early ‘80s. He has earned the title of "Certified Broadcast Meteorologist" from the American Meteorological Society.

He still confesses one harmless East Coast addiction: the Boston Red Sox (he's traveled to Fenway over forty times) … even though Scott claims an uncompromising preference for the west and for Idaho in particular, where he, his wife Angie and three children, Jett, Maddy and Brady work and play. Catch a glimpse of him outside the studio and you just might find him fiddling around with his acoustic guitar. We love to picture Scott belting out "Sunshine on My Shoulders" or "Rainy Days and Mondays" -- but that's only because our imagination's a lot more "plain vanilla" than Scott's real playlist is.

Most of us only talk about the weather. The difference is: Scott actually knows what he's talking about -- as countless awards and a "rarely miss" Three-Degree Guarantee have demonstrated, since Scott joined Idaho News 6 in 2004.

If there's one guy we know who's smart enough to come in out of the rain… that would be Scott Dorval.