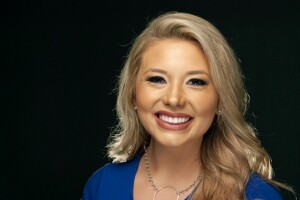 Six On Your Side Reporter

Frankie Katafias joins Idaho News 6 from Orange County, CA where she spent the last two years working as a freelance reporter and producer as well as a reporter and producer at CityTV-Lakewood, a government-owned station in the city of Lakewood, CA. In August 2017, she successfully completed one season with KUSI San Diego as a field producer on the 19th season of “Prep Pigskin Report” a high school football segment. Following football season, Frankie also covered the PGA Tours “Farmers Insurance Open” for KUSI. After her time with CityTV-Lakewood and KUSI, she found her love for feature stories and sports journalism.

She graduated from Dominican University of California in Fall of 2015 and received her Bachelor’s degree with Departmental Honors in Communications and Media Studies. She also received a tennis scholarship to Dominican, an NCAA DII program and competed for 2 years before a hip injury ended her career.

Frankie was born in Vancouver, WA and lived on the outskirts of Seattle until moving to Southern California with her parents and two younger siblings in 2002. She’d always hoped to return to the Pacific Northwest and is happy she made it...and yes, she is definitely a Seahawks and Mariners fan.

In her free time, Frankie loves to bake, hang out with her pup, Nika, check out trendy eateries and explore everything her new home in Idaho has to offer.