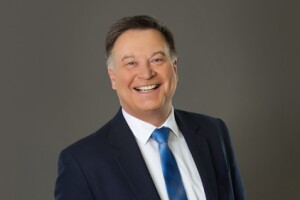 Don Nelson has been a consistent and reassuring presence on Idaho News 6 since 1994. But, like many of us, he took the proverbial long and winding road to get here.

Don's over-the-air career began when "Dangermoon" (his disc jockey pseudonym) first plied his trade in the not-so-burgeoning metropolis of Rifle, Colorado; current population 9,202. Back then, well, let's just say that was before the boom. A half-dozen years later, Don traded a turntable for a teleprompter to co-anchor for a television station in Grand Junction, Colorado, and -- after fine-tuning his reporting chops and his downhill skiing technique -- accepted his current co-anchor position, where he'd be integral to building an Emmy Award-winning news team.

He also reminded us to mention that he once bowled an impressive 286! -- but asked us to forget that he was playing with his son's Wii video game at the time.

So, next time you see Don, just pretend we didn't mention that last detail, okay?