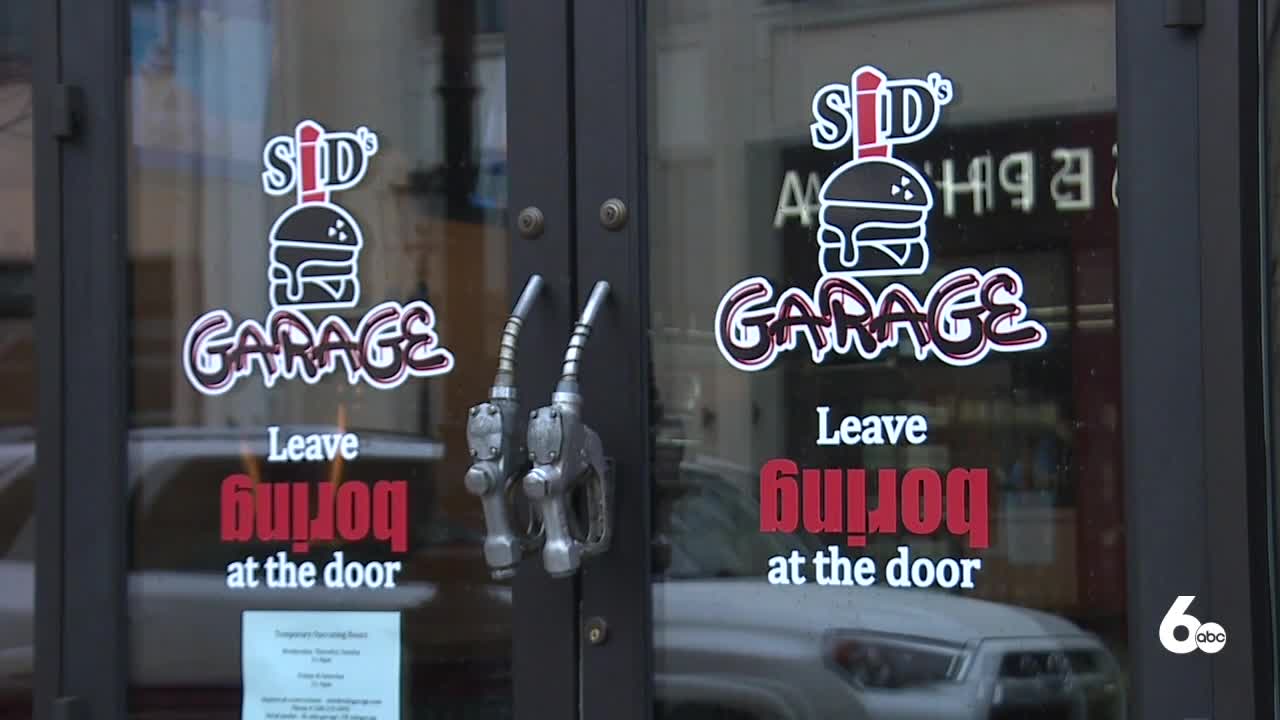 From there, the couple packed up their lives in the south and brought their southern charm and two young boys to Meridian to share the donut and hot dog love.

After opening their doors at The Village at Meridian in July 2019, the restaurant quickly became a trendy hot spot until about eight months ago when the coronavirus pandemic forced many restaurants like Donut + Dog to shut their doors. After a four-month closure, the Primavera’s decided to re-locate their namesake to an undisclosed location in Downtown Boise, turning Donut + Dog’s former spot into Sid’s Garage.

Sid's opened a week ago today, and it’s a fresh new concept that tips its hat to some Donut + Dog classics like the Elote Loco hotdog, Nashville Hot Chicken Sandwich, and donut flavors made into “colossal shakes.”

Idaho News 6 asked Will what his vision is for his new spot. He says, “if you were walking down a back alley somewhere and you just heard music and saw people coming out, maybe not a sign right you just knew and you went to the music you went to the people that’s what we were going for.” When asked to describe his menu, in four words he said “full throttle comfort food.”

Sid’s Garage has been busy over the last week, even today, a very cold, wet, and windy Friday. Will says he’s grateful for the support he’s felt and the success he’s seen so far. But the journey leading up to this point was anything but easy, “it’s been tough but God has a funny way of kind of getting you to see things kind of differently and so we were able to pivot and now we got this and now we’re right back to it.”