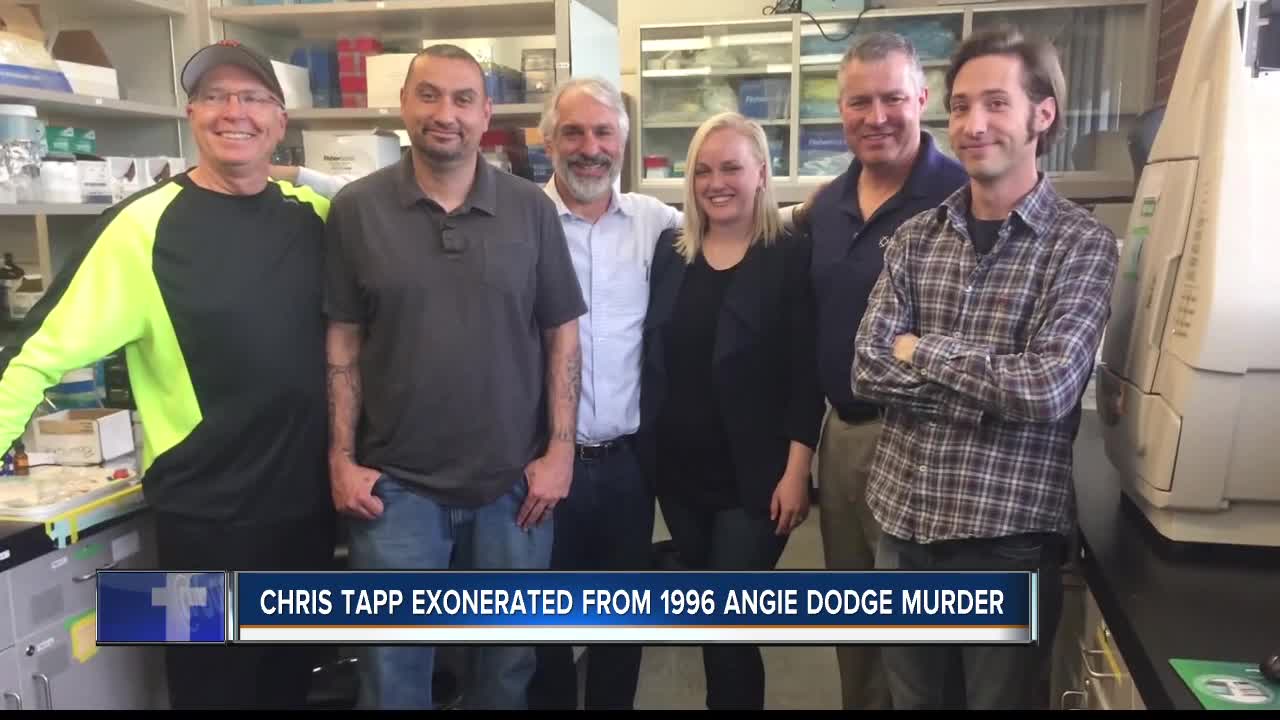 Chris Tapp has officially been exonerated of the wrongful conviction for the 1996 murder of Angie Dodge after spending 20 years in prison for crimes against the Idaho Falls teen.

With the help of the Idaho Innocence Project and Dodge's mother, Carol, the prosecution eventually acknowledged that DNA from the crime scene did not match Tapp's, leading to his release in 2017.

This spring, police used genetic genealogy to identify a new suspect. Brian Dripps of Caldwell confessed to stabbing Dodge on his own in 1996 after police discovered he was a match for the DNA recovered from the victim's body.

Tapp says he hopes his experience is learned from and that similar wrongful convictions are avoided in the future.