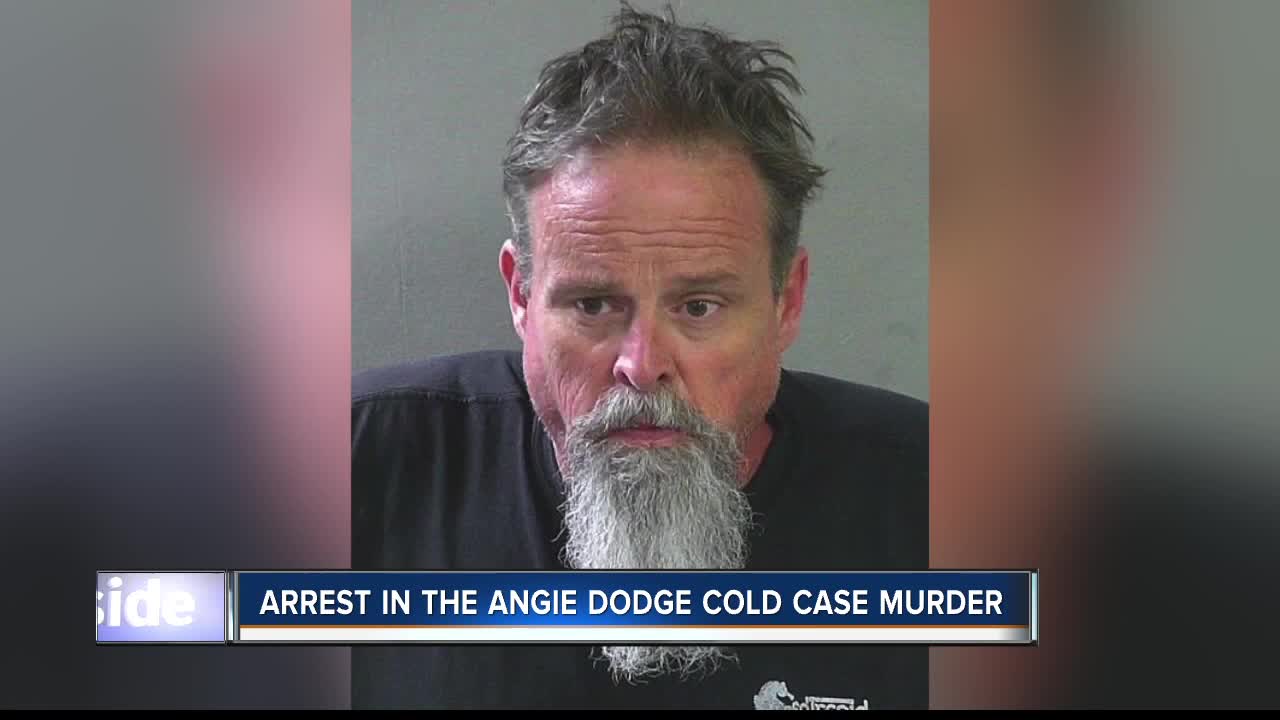 IDAHO FALLS — Idaho Falls Police announced in a press conference Thursday that they have made an arrest in connection with the cold case murder of 18-year-old Angie Dodge. 23 years and a wrongful conviction later, police say they finally have their guy -- and DNA evidence proves it.

The victim’s mother, Carol Dodge, and members of her family also attended the news conference. A family spokesman said this is “a great day” for the Dodge family, who had been “haunted” by this case since the beginning. They thanked authorities for their perseverance in continuing to investigate the case over the years.

"It was a shock. I think it was a shock for every body," said Carol Dodge, the victim's mother.

After the Dodge family's harrowing journey to find out who brutal stabbed and raped 18-year-old Angie-- now, police are finally able to provide some long-desired resolution.

"I can't even express how hard this journey has been," said Dodge.

A DNA match and confession is everntually what put 53-year-old Brian Leigh Dripps of Caldwell behind bars. With DNA from the crime scene, police teamed up with a genetic geneaologist who uses software analysis to determine if two people are related.

"In this case we were fortunate to find three genetic efforts; three different groups of people sharing DNA with the suspect, that had common ancestors in their trees," said CeCe Moore, Genetic Genealogist.

This-- combined with research of family records, led them to zoom in on Dripps.

"And they all converged at one couple, so we knew that the suspect had to be descended from that one couple," said Moore.

Detectives traveled to Caldwell to "follow him around the valley," according to Johnson, when they eventually obtained Dripps' DNA from a discarded cigarette butt.

Eventually he stopped and got out of his car, and he was contacted by Idaho Falls police detectives. He agreed to talk to the detectives," said Johnson

Detectives interrogated Dripps for more than five hours until he eventually confessed to killing her, police said.

But Dripps is not the first suspect to have been arrested in this case. As 6 On Your Side previously reported, Idaho falls man Christopher Tapp served two decades in prison for the crimes-- but was released in 2017 when the prosecution acknowledged that DNA from the scene proved he was not responsible. And Thursday, when a reporter asked if the department would be giving Tapp an apology or reperations, they replied:

"That would be a question for a couple weeks from now," said Johnson.

So after decades of uncertainty, Angie's mother is finally finding some relief.

"I gasped yesterday. Today, just hearing his name, um, I don't know I guess I got my air supply back," said Dodge.

As stated in our previous reporting, Angie's mother Carol was instrumental as an advocate in getting the wrongfully convicted Chris Tapp out of jail.

Dripps is currently being held at Canyon County Jail until he's extradited back to Idaho Falls to face charges. Stay with 6 On Your Side as more details become available.