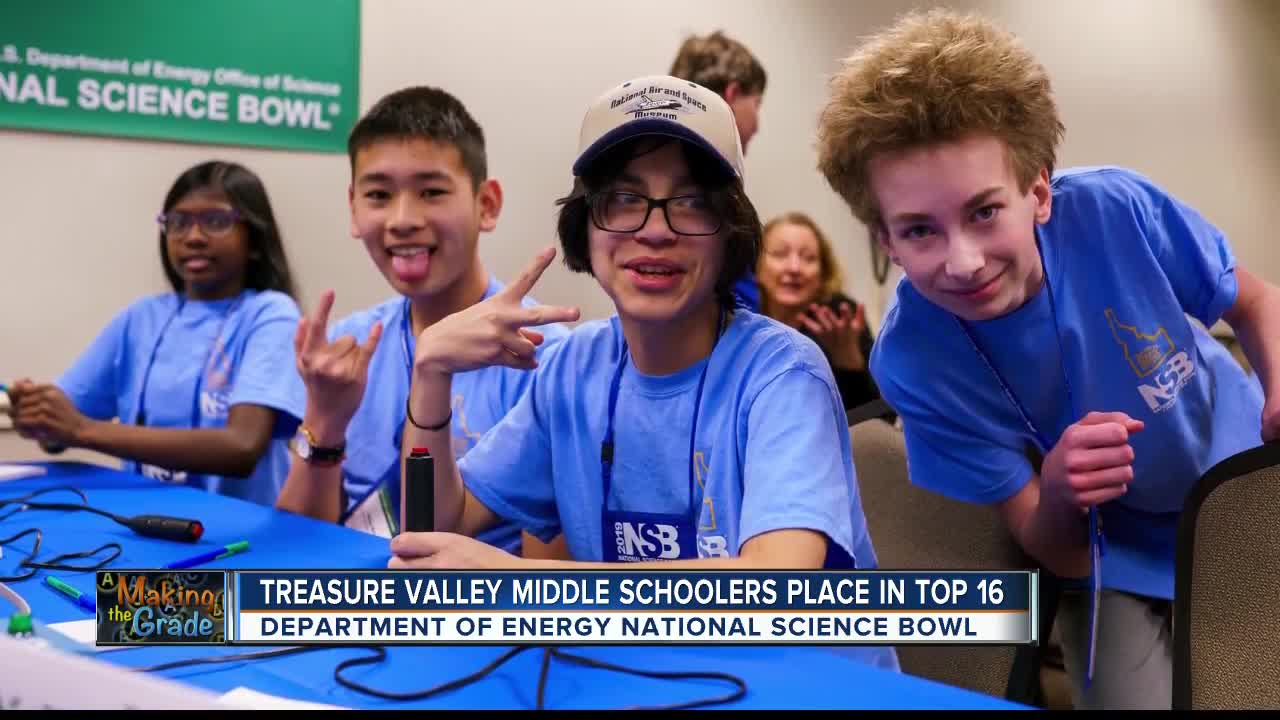 The students are receiving national recognition for their knowledge in science and math.

WASHINGTON D.C. — Middle schoolers from all over the country are competing in Washington D.C. this weekend, competing in the Department of Energy National Science Bowl.

The competition is down to the final 16 teams and some Treasure Valley students are still in the race!

A team from the Treasure Valley Math and Science Center made it to the top 16 - meaning they've already won a thousand dollars for the school's science department.

The top two middle school teams will face off at George Washington University’s Lisner Auditorium in Washington, D.C. on Monday, April 29 beginning at 9:00 a.m. EDT. The championship rounds of competition on Monday morning will be followed by an awards ceremony.

The Championships will also be livestreamed on the NSB homepage beginning at 8:30 a.m.

Altogether, about 9,251 high school students and 5,483 middle school students from all 50 U.S. States, District of Columbia, and Puerto Rico participated in this year’s regional competitions.