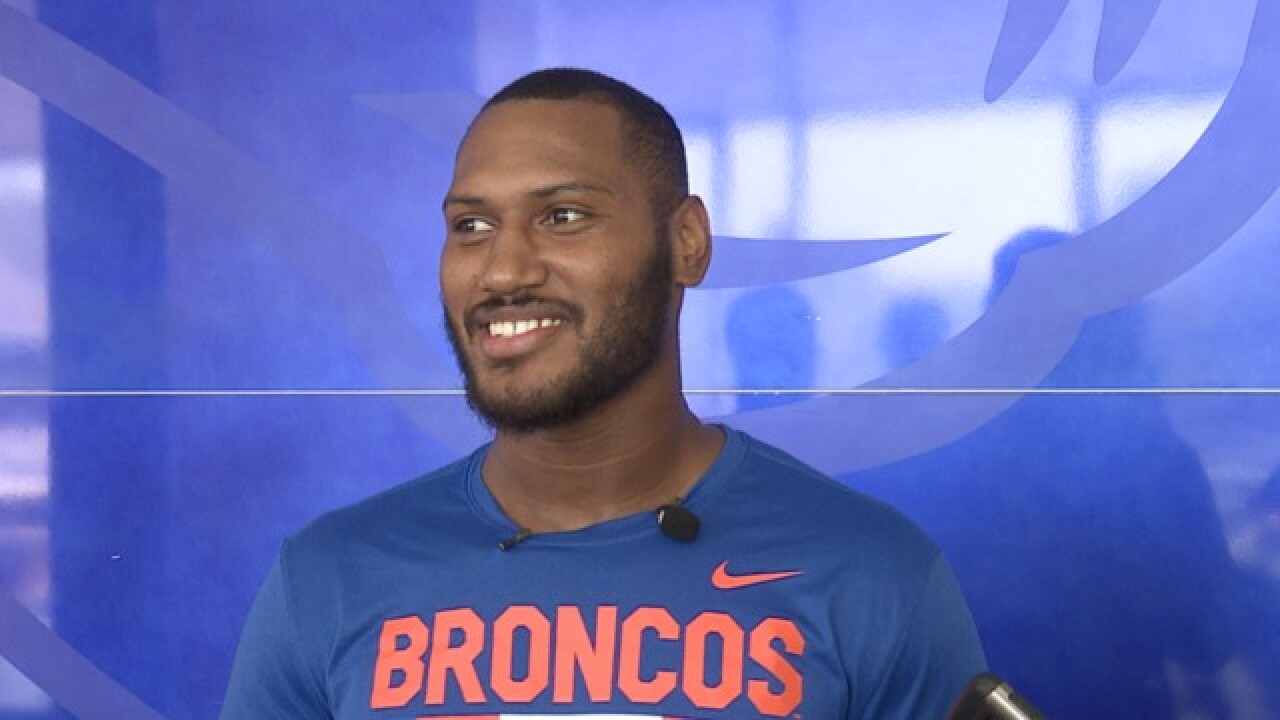 In their game against Troy University last weekend, Boise State unveiled a piece of field furniture- the “turnover throne”, which ended up going viral. Lashley, who made his Bronco debut this same day and turned heads when he intercepted Troy quarterback, Kaleb Barker’s pass in the second quarter. This play made him the very first defensive man to take the throne.

But this week, in the game against University of Connecticut  on Saturday, this new linebacker is hoping to make his first game on the blue turf one to remember for his wife and five children, "yeah they'll all be here they, they, you know my daughters been going to football games since she was 10 days old so she wouldn't miss a game and she loves seeing me after so she'll be there, everyone will be there.”

Unlike most college athletes, Lashley says that getting his children up and ready for school works for his schedule because he has early morning responsibilities for football anyway. While transitioning to a new place can be hard, especially with family, Lashley says his family’s transition to the area was “smooth” and they are enjoying their new home here in Boise because “there’s so much to do here as a family”.