The scandal that rocked City Hall: A timeline of Brent Coles' time in office 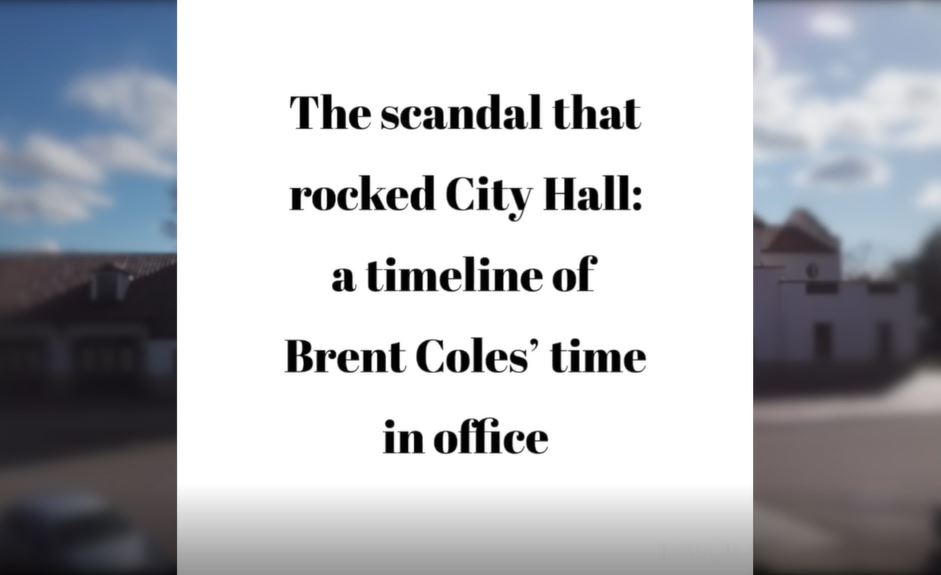 Back in 2003, Brent Coles resigned as mayor of Boise after the Idaho Attorney General filed two corruption charges against him in a scandal that rocked City Hall. Today, he announced he's running for mayor. Here's a detailed timeline of Coles' time in office. 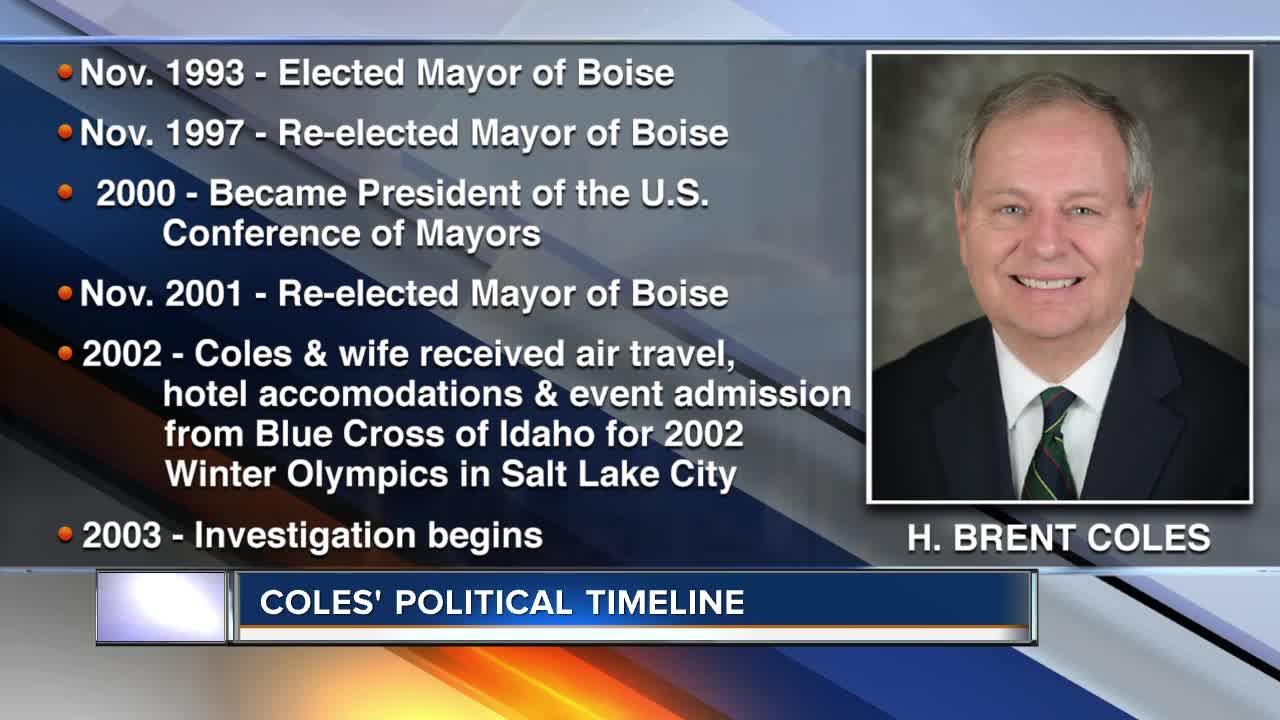 BOISE, Idaho — "My name is Brent Coles and I’m running for the office of mayor."

In a shocking announcement, former Boise Mayor Brent Coles has made it official; he’s running for mayor.

Coles resigned as mayor of Boise in February 2003 , after the Idaho Attorney General filed two corruption charges against him in a scandal that rocked City Hall.

Read below for a detailed timeline of Coles' time in office:

2000--Coles becomes President of the U.S. Conference of Mayors

2001--Coles is re-elected for a third full term

2002--Coles and his wife received air travel, hotel accommodations and event admissions from Blue Cross of Idaho from Feb. 14-18 for the 2002 Winter Games in Salt Lake City.

January, 2003--Officials investigate Coles following mounting criticism of City Hall travel and spending by him and his aides.

14 February, 2003--Coles resigns amidst scandal , after the Idaho Attorney General filed two corruption charges against him

February, 2003--City council member Carolyn Terteling-Payne is appointed to serve until the end of the year

May, 2003--Coles indicted by an Ada County grand jury for five felonies stemming from the incident and related activities.

November 2003--Coles pleads an Alford plea to a count of presenting a fraudulent account or voucher and a count of misuse of public money by officers. The remaining charges were dropped as part of a plea bargain.

January 2004--Coles is sentenced to 180 days in jail and three years probation.

January 2007--Coles' felony record is cleared , and his civil rights are restored.

August 2011--The State of Idaho levies a tax lien of $44,691.31 against Coles and his wife for unpaid individual income taxes.

6 September, 2019--Brent Coles announces he will run for mayor once again.

With his wife at his side, Coles announced he wants to cut taxes and wants to see the city stop tearing down and moving buildings. He said he also wants to “freeze the (city) budget where it is.” In addressing reporters, Coles also said he would like to see the city build more fire stations and hire additional police officers.

Coles is considered a Republican, although the office of the mayor is officially nonpartisan.