The College of Idaho Yotes heading to Iowa for NAIA Quarterfinals 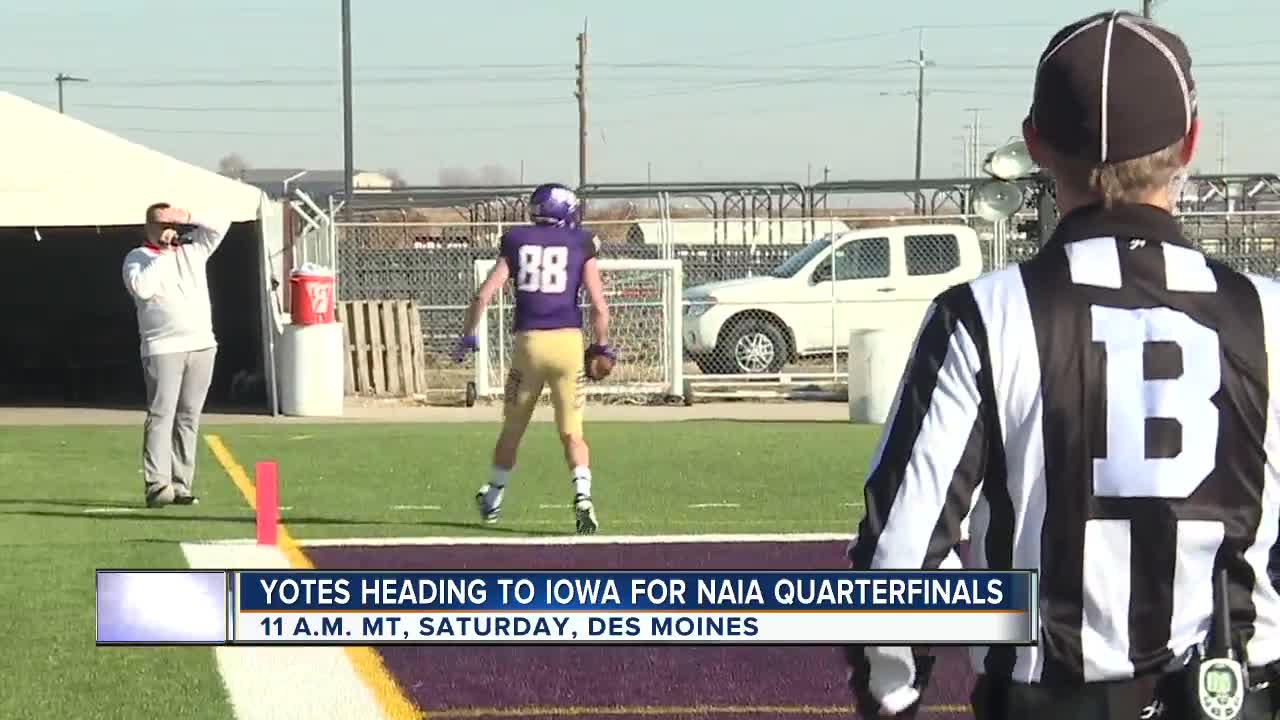 CALDWELL, Idaho — This weekend, The College of Idaho Yotes are heading to Iowa for the quarterfinals of the NAIA Football Championship Series.

The #5 Yotes are facing off against the #4 Grand View University Vikings for the first time in the school's history. Grand View currently holds a 12-0 record under first-year head coach Joe Woodley.

The Vikings are former NAIA Football Champs, having won the title back in 2013. The team has also made eight postseason appearances in the last nine years. It's the third national champion the Yotes have met in program history after 6-time champion Carroll College and 2014 champion Southern Oregon.

The Yotes moved to the quarterfinals after defeating Ottawa University last weekend, 70 to 23. Should the Yotes win out, they'll head to Ruston, Louisiana in December for the Championship game.

The Yotes head to Des Moines Friday, November 29 ahead of the game on Saturday, November 30. That's being held at Duke Williams Stadium and tickets are only available on game day. The game kicks off at 11 a.m. Mountain Time.