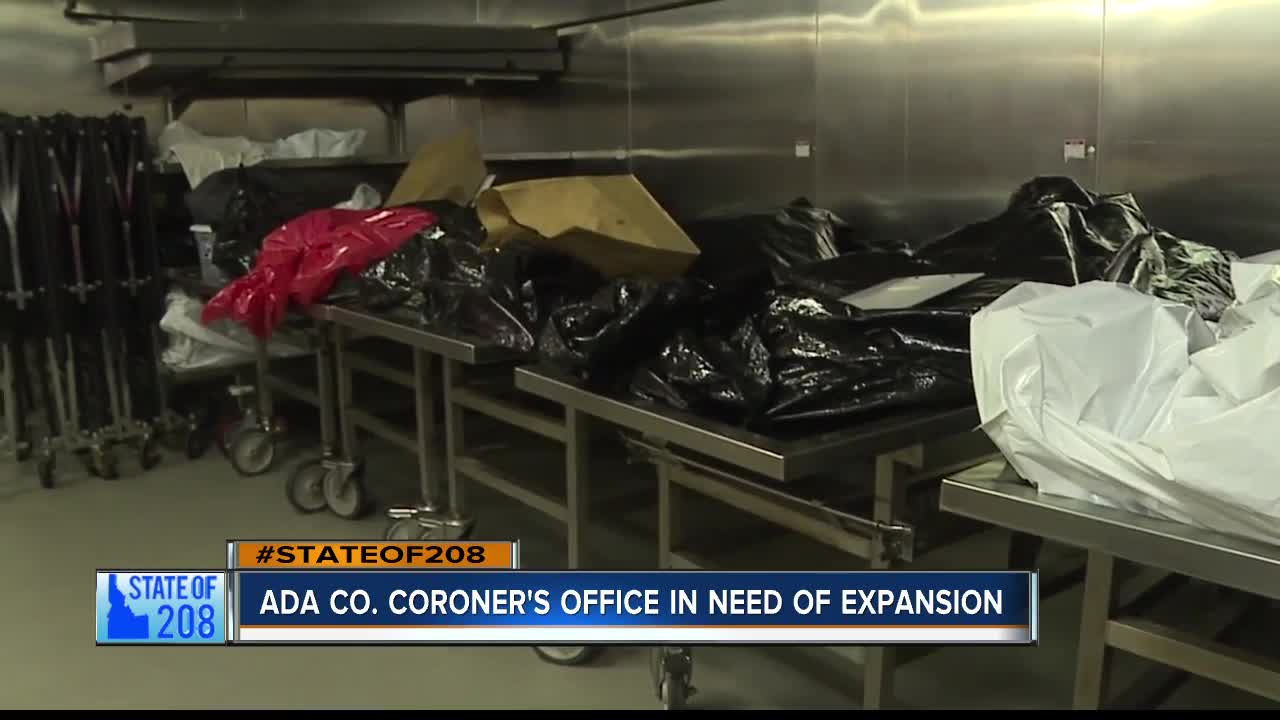 BOISE, Idaho — It's no secret the population in Ada County is growing, but have you ever thought about how that impacts the Coroner's office?

"We are just continuing to get busier and busier," Ada County Coroner Dotti Owens said. "And it's not just Ada, it's the entire state. I've spoken with coroners around the state that would have three or four calls a week in a rural area and now they're at almost full-time."

"We need more cooler space; we're consistently full," Owens said. "If we had any kind of mass fatality incident here whatsoever we would really be struggling. We'd be scrambling."

"If we had any kind of mass fatality incident here whatsoever, we'd be scrambling" -- In tonight's #Stateof208 I sit down with @CoronerDotti to see how Ada County's population growth is impacting their day-to-day operations. FULL STORY: https://t.co/JPXhpeMPn1 pic.twitter.com/t9txUjzhW9

Right now, they can hold about 20 bodies at a time, but with an overwhelming increase in fatal overdoses and completed suicides, it's a sad reality: space fills up fast.

"Well, what happens is we've got a weekend build up," Owens explained. "So from that Friday afternoon to Monday morning we are completely packed."

On any given Monday, they're likely to have more than a dozen autopsies to perform, plus forensic work coming in from other counties.

With little choice, they'll be expanding their cooler over the next year--a $500,000 project --but Owens says there's just not enough room to grow at their current location.

"We are working with our county commissioners on our master's facility plan, planning for a new facility down the road," Owens said.

One of the driving factors is the desire to increase their staff, something they simply can't do in their current building.

"We are maxed out on space," Owens said. "Our office space is all being occupied. If I needed to hire a third full-time doctor right now, I couldn't do it."