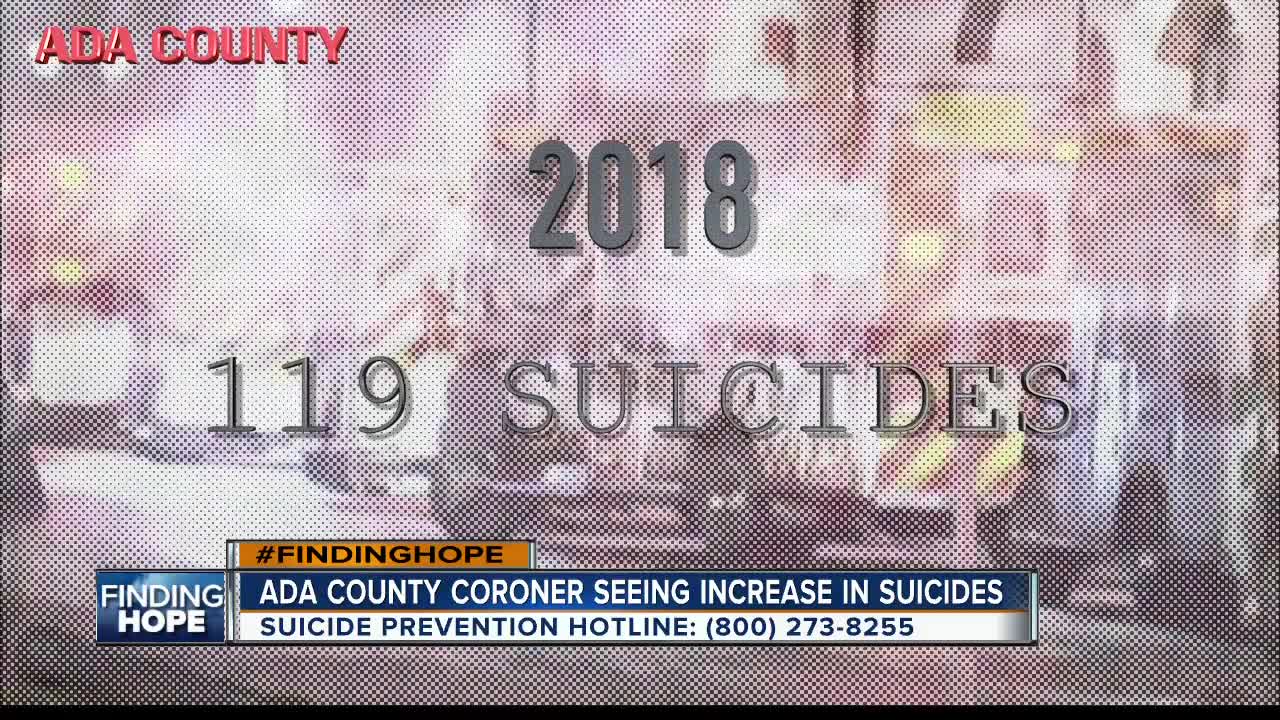 Idaho is consistently among the states with the highest suicide rates, and the Ada County Coroner's Office says suicide rates in the Treasure Valley are on the rise.

"We have so many of these, for instance we had three within one shift on a weekend," Ada County Coroner Dotti Owens said. "It's just become the norm, it really has."

In tonight's #FindingHope I sit down with Ada County Coroner @CoronerDotti to learn more about increasing suicide rates in the Boise area. pic.twitter.com/Q3JafApNar

Owens is passionate about improving mental health needs in the valley in an effort to lower the number of bodies brought in to their facility.

"We want to get it out to the general community that this is still an issue, this is still something we need to be talking about and educating on," Owens explained.

In recent years, the trend has gotten worse. In 2017, Owens says 86 people in Ada County died by suicide. Just one year later that number jumped to 119. Meanwhile in Canyon County, with less than half that population -- suicides are declining; from 43 in 2017 to 34 last year.

First responders in the Treasure Valley are dispatched to calls for suicidal subjects daily.

Out of 119 completed suicides in Ada County last year, an overwhelming 72% were white men between 40 and 55 years old. That aligns with national trends and points out an area Owens says is being overlooked when it comes to education and prevention efforts.

"That's a commonality that we need to target, that we're seeing this and we're not fixing it. We're not helping these individual," Owens said. She recently attended a national conference focused on strategies for suicide prevention, where she learned of programs in other communities offering group meetings for men in this age range.

"Basically it just gives them a safe place to come and talk about what's going on in their life and try to address the depressions issues," Owens said. "A majority of ours that we've seen have had diagnosed depression."

The National Alliance on Mental Health does offer services in the Treasure Valley.

There is a support group for adults living with mental illness which meets on Tuesdays at 1:00 p.m. in Boise. They also have family support groups, meetings geared toward OCD, depression and bipolar disorder, and survivors of suicide loss.

For a calendar of support group meetings, click here.