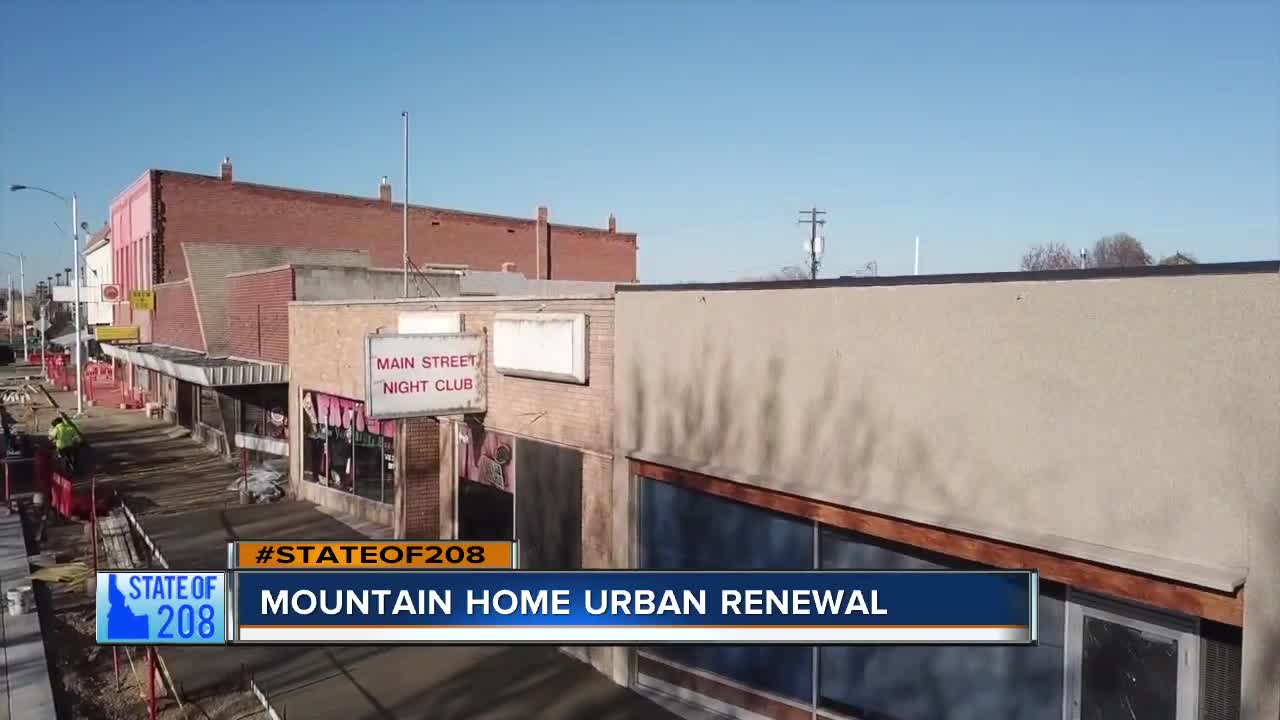 Mountain Home is not just a military town. Even though the Air Force has called it home for decades, the Elmore County town has its focus on the future and how diversifying its economy will benefit everyone in the long run.

Even though the Air Force has called it home for decades, the Elmore County town has its focus on the future and how diversifying its economy will benefit everyone in the long run.

For Mayor Rich Sykes, the decision to move forward on a significant urban renewal project centered around what will be known as the Hub Center. Something Sykes says is precisely what the downtown core needs.

"It needed a little T.L.C," Sykes said. "With the help of urban renewal, Idaho Commerce, and the Idaho Department of Transportation, we've been able to work a deal to make this the hub, or the heartbeat. We call it the living room of downtown."

That living room will have wider sidewalks for merchants. Sykes and the Council would like to see a skating rink in nearby Railroad Park, similar to the skating ribbon in downtown Caldwell.

For the last two and a half years, the city and the Air Base have been working together to transfer an old railroad spur from the military to the city, and that officially happened last month.

So why is that so important? Sykes explains.

"We're perfectly centralized between Seattle and Salt Lake City, and we want everything to ship here and trucked out of Mountain Home," Sykes said.

Don Nelson asked Mayor Sykes what people would not know about the Mountain Home community.

Sykes didn't hesitate when he said, "It's the people; it's a small-town atmosphere; it's a way of life."