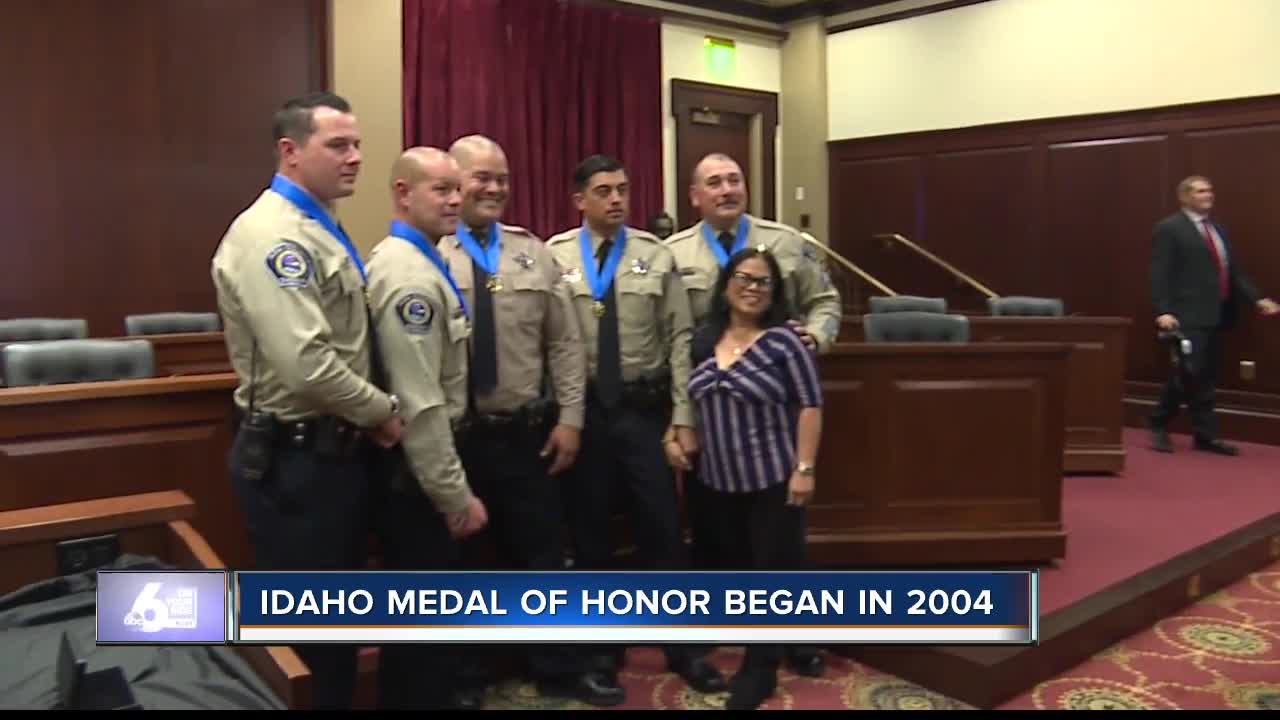 Courage in the face of danger--that's what all six new recipients of the Idaho Medal of Honor have in common.

They were honored by Governor Brad Little today in a special ceremony at the capitol.

We profiled Meridian Police Sergeant Kyle Mikowski last week, who was shot in both legs in a shootout with a suspect.

The other recipients are members of the Ada County Sheriff's Department who responded to a home invasion and fire in September of 2017.

"We are honoring the actions of law enforcement officers who all made a decision to put their lives on the line despite the threat of imminent danger. In moments of chaos, they choose the safety of others above any fears they might have had for their own personal safety," said Idaho Attorney General Lawrence Wasden.

The sheriff's department recipients are Carlos Deleon, David Anderson, Derek Bardall, Michael Geisel and Vishal Sahani. The deputies were able to pull two victims from a burning house in Meridian following a shootout with an armed intruder.