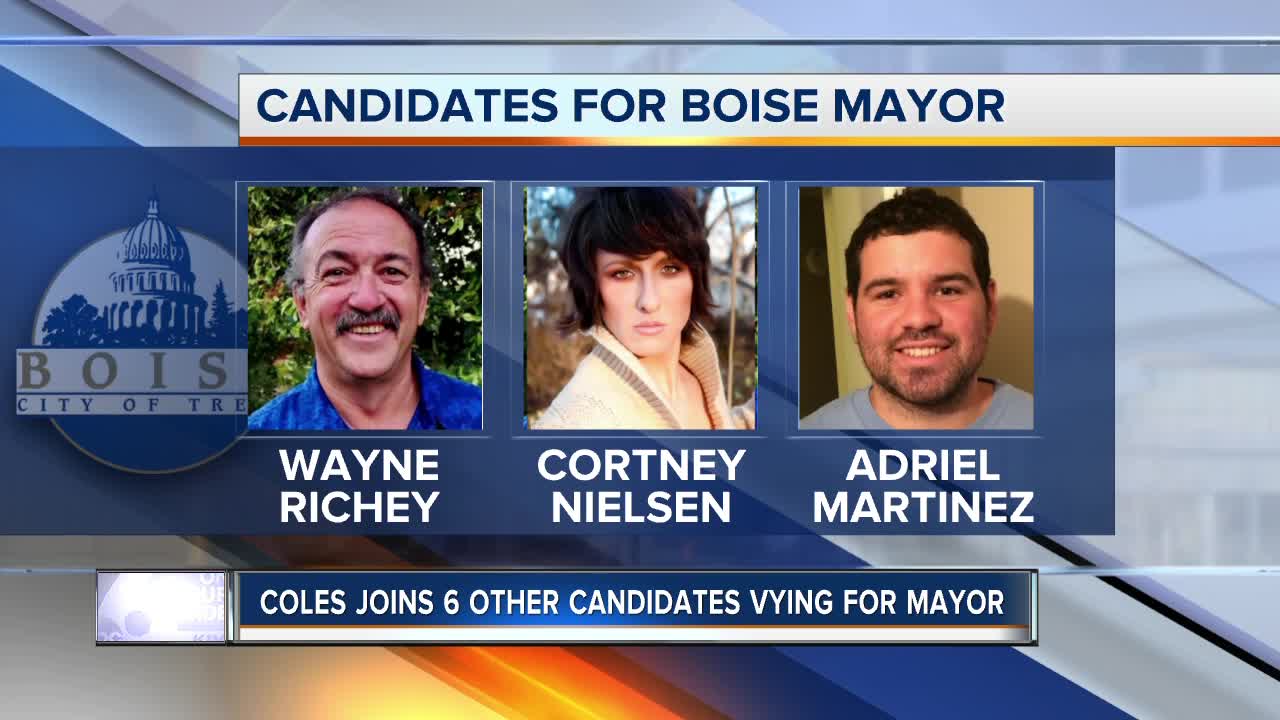 BOISE, Idaho — Both former Boise mayor, Brent Coles, and ACHD Commission President, Rebecca Arnold, have thrown their hats into the mayoral race. They join five other candidates vying for the position of mayor of Boise.

Three of the candidates haven't been elected to office before. Wayne Richey is an autobody technician, Courtney Nielsen is a sales and merchandising professional, and Adriel Martinez, who works at FedEx at the Boise airport, are all challenging incumbent Dave Bieter as well.

Bieter was first elected mayor in 2003 and has won re-election three times since then. His campaign responded to Coles' candidacy with a statement that reads in part:

"Not many people remember where Boise was before Mayor Bieter took office. City Hall was in ruins. A disgraced mayor left as a criminal and Boiseans had little trust in their government. Under Mayor Bieter’s leadership, we’ve moved past those times and made amazing progress as a city. By every measure, we are safer, cleaner, more prosperous, and more caring than we have ever been."

Related: The scandal that rocked City Hall: A timeline of Brent Coles' time in office

Mayoral candidate, Lauren McClean has released a statement in response.

"In light of today's news I want to be clear: my mission remains unchanged."

Her campaign responded to the additional entrants into the mayoral race with a statement that reads:

"In light of today's news I want to be clear: my mission remains unchanged. I'm working to earn a majority of Boiseans' votes, whether that be in November or in a December run-off.
I've spent my whole career helping people engage with their elected leaders and I treasure our democratic process, full stop. My focus is moving beyond the same old tired grudges and politics of the past, listening to what people need NOW, and working on a bold new Boise future that includes everyone."

With seven people vying for the seat of mayor, there is an increased likelihood that no single candidate will earn the necessary majority of votes to become mayor. If that happens, the two candidates will compete in a runoff election within 30 days of election day. The winner of the runoff will be elected mayor.