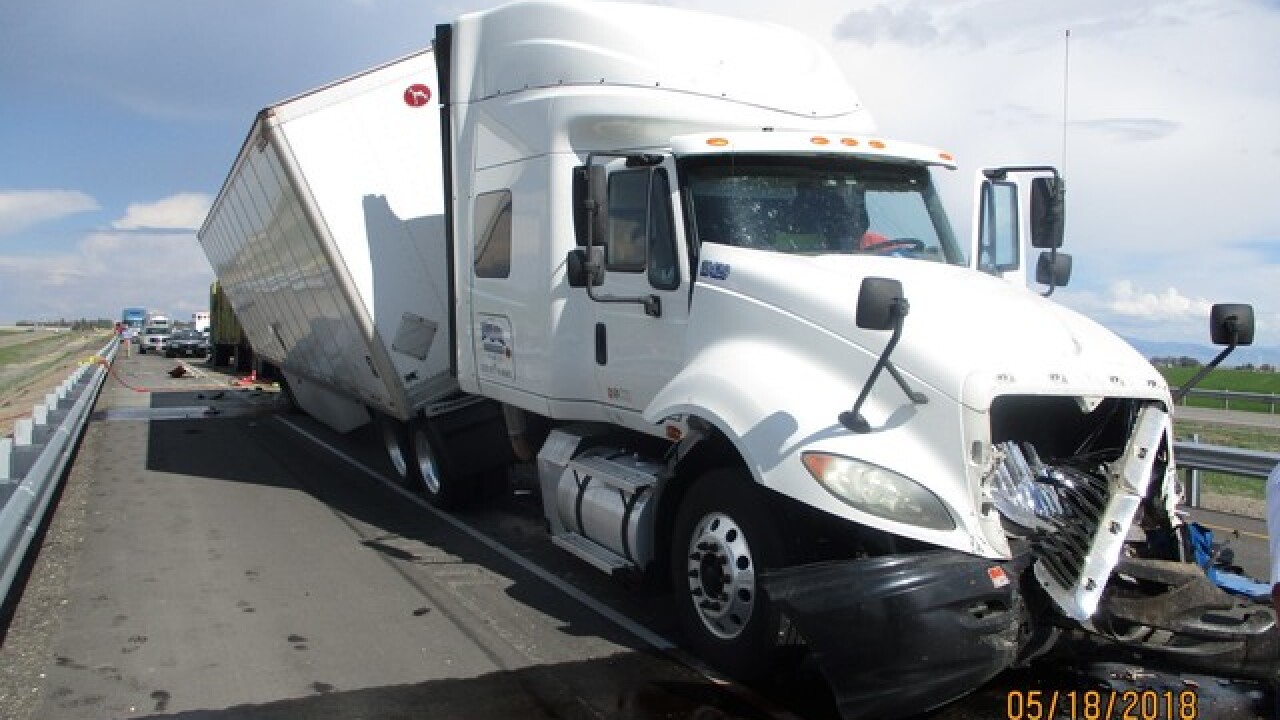 Copyright 2018 Scripps Media, Inc. All rights reserved. This material may not be published, broadcast, rewritten, or redistributed.
<p>Photo by Idaho State Police</p> 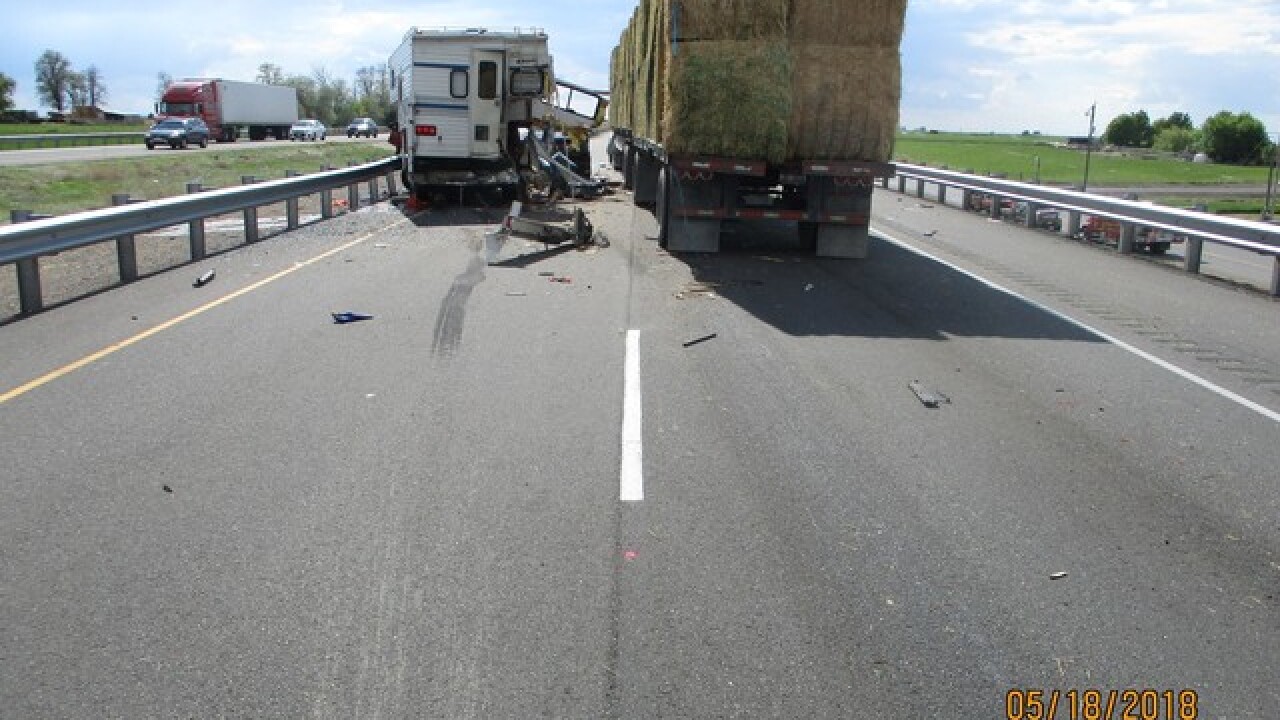 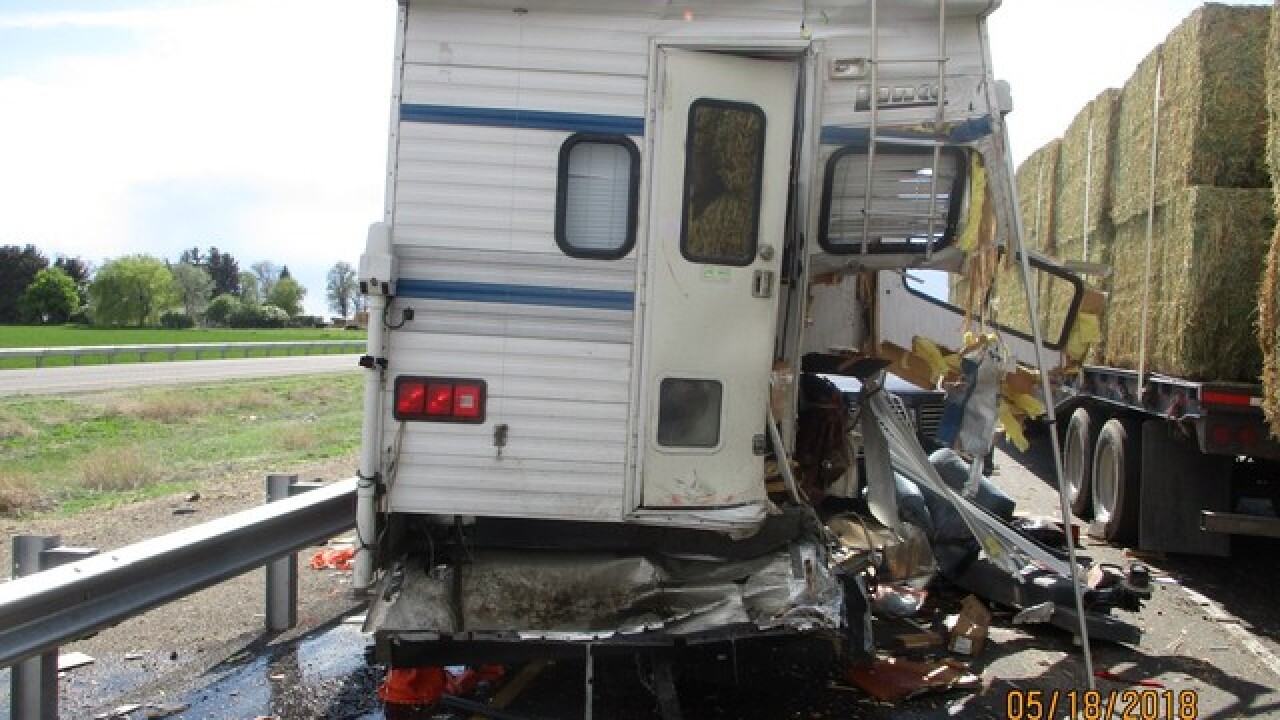 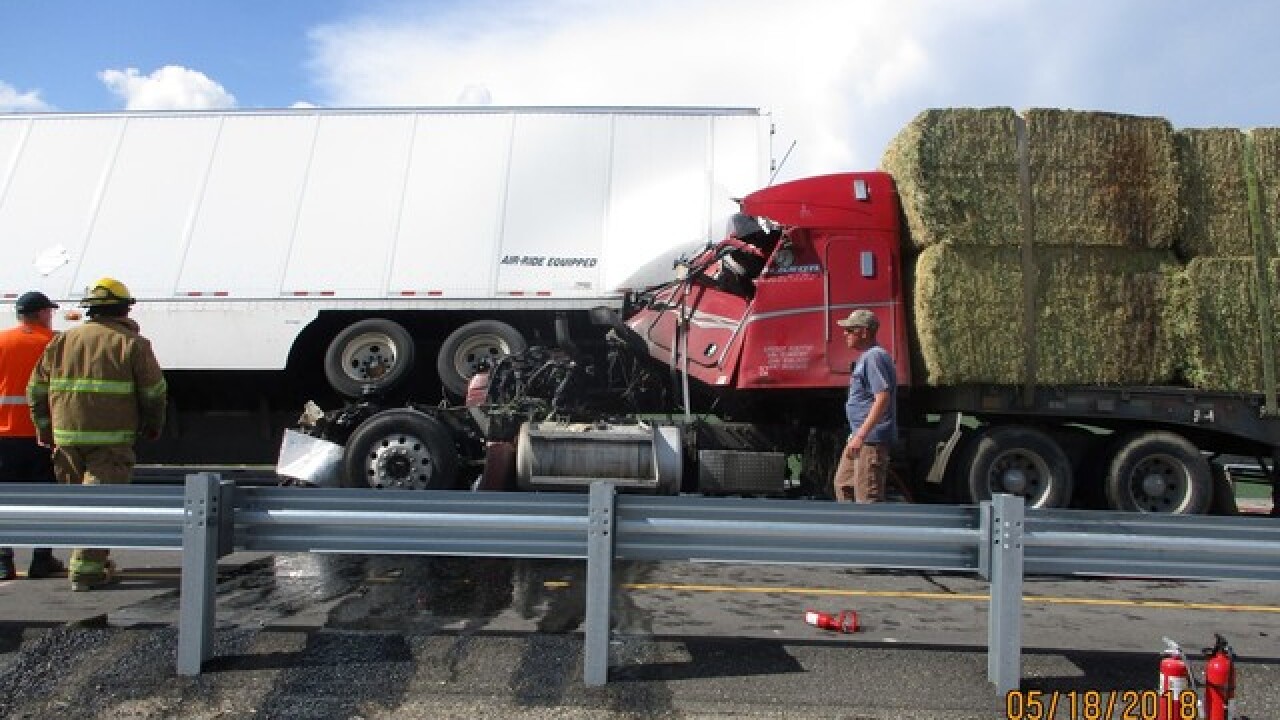 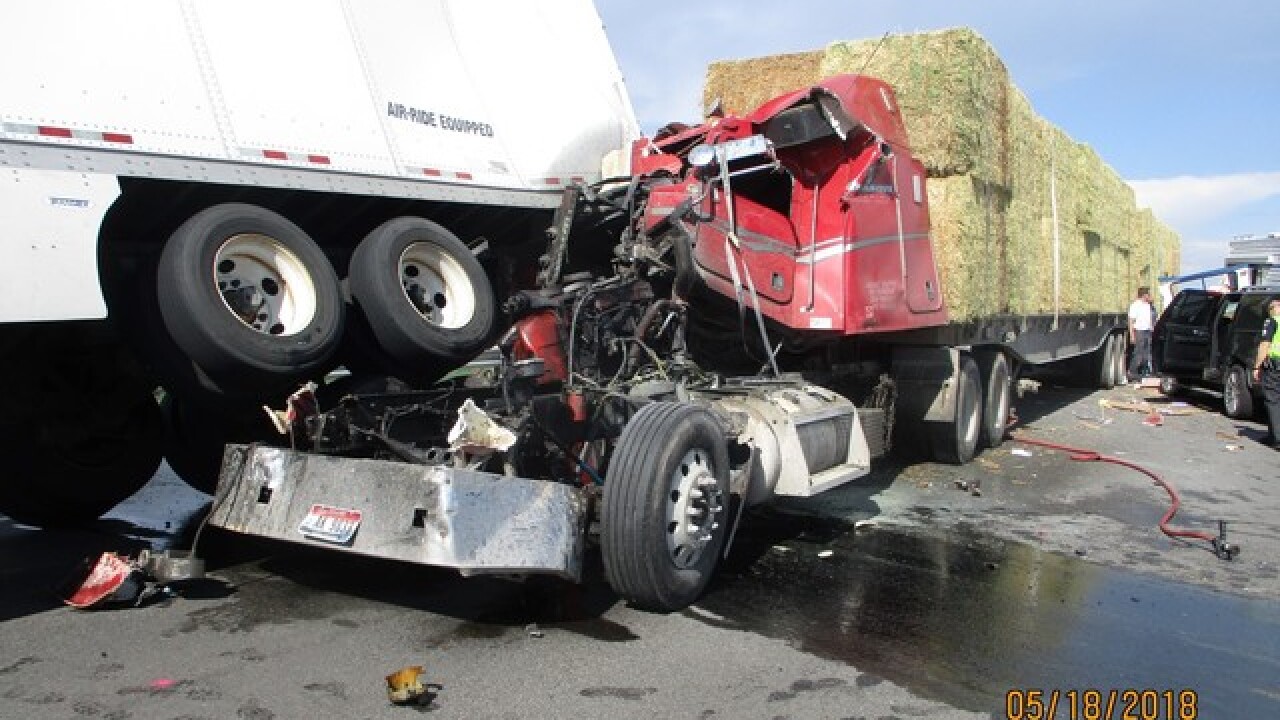 I-84 is now back open in Jerome County after a six-vehicle accident shut down both westbound lanes for hours Friday afternoon.

Idaho State Police say it happened around 4:30 p.m. when the driver of a semi-truck hauling hay failed to slow down for traffic and collided with another semi near milepost 198.

In total six cars were involved in the accident:

Orozco Gil and Kane were transported by ground ambulance to Cassia Regional Hospital in Burley. All occupants were wearing seatbelts.

Both westbound lanes of travel were blocked for approximately four and a half hours while crews investigated.