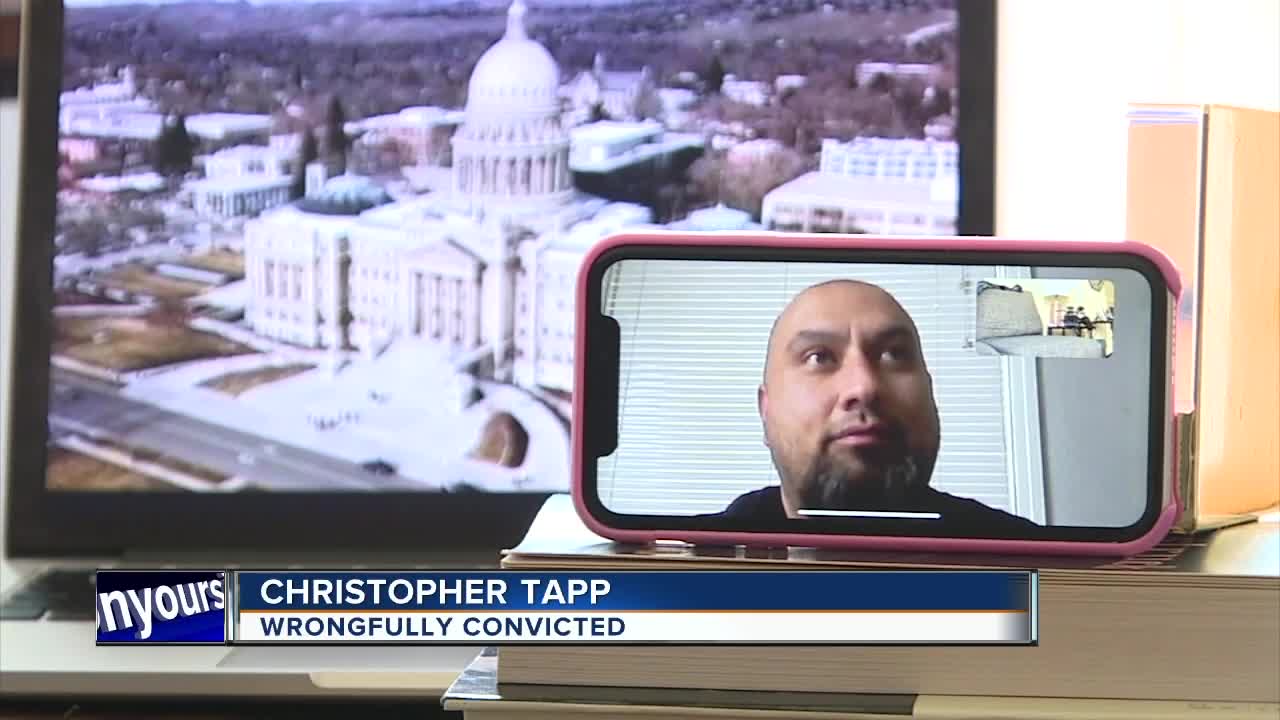 Governor Brad Little surprised many Idahoans Monday when he vetoed a widely-supported bill this week involving Idaho’s wrongfully convicted. It’s one that we’ve been following closely for you: the Wrongful Conviction Act.

BOISE, Idaho — Governor Brad Little surprised many Idahoans Monday when he vetoed a widely-supported bill involving Idaho’s wrongfully convicted. It’s one that we’ve been following closely for you: the Wrongful Conviction Act.

As we previously reported, Idaho Falls man Christopher Tapp served 20 years in prison for the 1996 rape and murder of Idaho Falls teen Angie Dodge -- but he was later exonerated and released when DNA evidence ruled him out, instead pointing to a new suspect who currently awaits his trial behind bars.

6 On Your Side caught up with Tapp after this week’s news from the governor’s office.

“When I first heard the news it was devastating, heartbreaking. Yeah, even now it still brings me almost literally to tears," said Tapp.

He thought this would finally be the moment where people from the state would take a listen to what he had to say.

“That’s what we wanted for all those years when we were wrongfully convicted in prison — was just to be heard.”

But after the governor vetoed House Bill 384, as the bill's sponsor puts it: "we’re all just kind of in shock -- just really surprised," said Rep. Doug Ricks, R-Rexburg.

The bill received widespread bipartisan support from lawmakers throughout the legislative session, including unanimous passage in both the House and Senate.

"I really didn’t see this coming on the radar," said Ricks. "I thought we were just really, 'clear sailing,' since we had such a large support for this bill in the legislature.”

Idaho is one of just 15 states in the country that offers no compensation to the wrongfully convicted once they’ve been released. This bill would have given Tapp $60,000 a year for each of his 20 years incarcerated. It would have also given $75,000 per year to someone who was wrongfully placed on death row.

“We worked on this very hard. Had a lot of help from a lot of people," said Ricks.

“Nobody really had an issue," said Tapp. "We fixed all the wording the AG had an issue with.”

The governor outlined his main concerns in his veto letter:

Ricks says he doesn't understand the governor's concerns with court costs. “We’re not talking about a whole host of people here, we’re talking about a very narrow scope," said Ricks.

Only four Idahoans would have been eligible for compensation under this bill.

But Tapp says the support that he did receive from legislators and citizens alike in this session, is what is giving him hope for the future.

“it was truly different it was truly amazing to have that feeling to to be known that somebody wanted to hear you,” said Tapp.

Tapp added, "My name's clean. I can hold my head up high, because I know the truth, and the rest of the world knows the truth that I was truly innocent. This is just another thing, ya know? Another setback. And I hope next year when the opportunity arises again that I'm able to have the same heartfelt warmth that was given to me-- again."

Governor Little concluded his veto statement by writing that he admires the intent of this bill and that he will work with the sponsors to quote “hopefully rectify these issues to produce a bill that creates an acceptable process for quickly compensating the wrongfully convicted."

As we previously reported, in December, Tapp filed an intent to sue the Idaho Falls Police Department for reparations after his two decades in prison.