HB 384 would provide reparations for the wrongfully convicted. 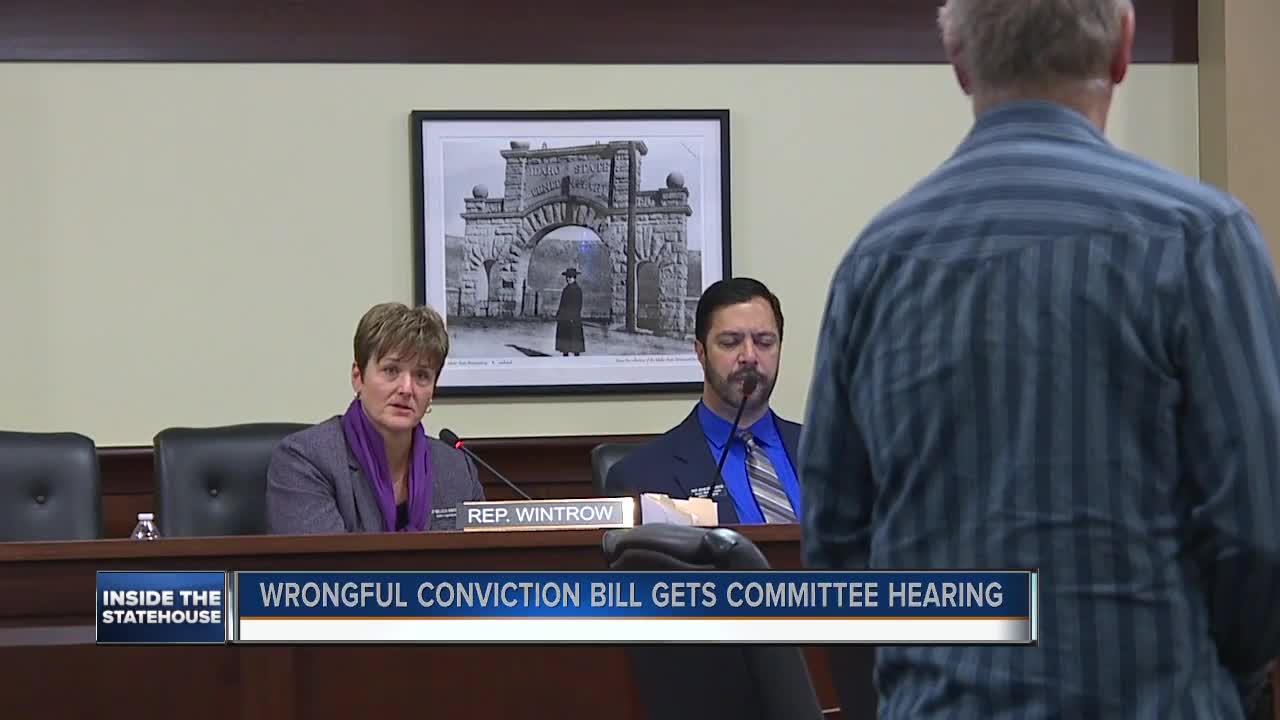 Two Idaho men who collectively spent nearly four decades in prison for crimes they didn't commit gave powerful testimonies Tuesday in a hearing for House Bill 384, which would compensate them for their years of wrongful imprisonment.

BOISE, Idaho — Two Idaho men who collectively spent nearly four decades in prison for crimes they didn't commit gave powerful testimonies Tuesday in a hearing for House Bill 384, which would compensate them for their years of wrongful imprisonment.

They're hoping Idaho will join the roughly 35 other states that have implemented a process where the wrongfully convicted can apply to receive reparations (both monetary and non-monetary) by the state after exoneration.

"The worst day of my life was the day I got arrested for the murder of a 9-year-old girl," said Charles Fain.

Imagine being sentenced to death for a horrific crime you didn't commit. That's what happened to Fain, who was held on death row in a maximum security cell for 17 and a half years. DNA evidence later proved he didn't do it -- and he was released in 2001. He said he left prison with not much more than a "sorry" from state officials.

"My first lawyer -- I didn't have too much faith in," said Fain. "But he did the best he could do. He now admits that he was in over his head."

So while Fain has every reason to be angry at the world; he says he chooses positivity.

"Forgiveness is the main issue. You don't forgive? It just builds up until it just overwhelms ya and you never win," said Fain.

Still, Fain, alongside Christopher Tapp, whose nightmarish story I previously told you about, are now testifying for a the bill that would allow wrongfully convicted Idahoans to be eligible to receive $60,000 per year in compensation from the state -- or $75,000 per year if they were previously on death row, like Fain.

And even though Fain says it was his first time testifying in a legislature, his audience seemed receptive.

"We have an opportunity to try in some way -- not so much to make this right, because if they had their choice I would bet they would rather have their lives back," said Rep. Barbara Ehardt (R-Idaho Falls). "But given the fact that we cannot return years, I would hope that this committee would unanimously -- when the time comes-- unanimously support this incentive to the full body of the house with an absolute due pass."

Nobody present at the hearing testified against the bill.

How would it be paid for? If passed, it would create the existence of an "innocence fund."

"We're just so appreciative of you being here and we're glad that you're free," said Rep. Melissa Wintrow (D-Boise), to Fain. "Thank you for your strength, and thanks to your family, and hopefully we can make that right for you."

But while HB 384's fate is still TBD, Fain, for one, is choosing to focus on the good in people.

"It can either overwhelm ya, and turn you into a bitter, more negative [person] than you've ever been in your life," said Fain. "Or more positive. The choice is yours. It's up to you."

Writers of the bill say if all four wrongfully convicted Idahoans who'd be eligible for compensation under this bill apply and get approved, it wouldn't cost more than $3 - $4 million.

The overall general fund budget is about $3 billion. So proponents of the bill say that this would be a "drop in the bucket" for state taxpayers.

The next time lawmakers meet, they'll vote on whether to send the bill to the house floor, and if it passes the house, it'll head to the Senate.

Follow along as 6 On Your Side provides all the latest updates.