Caterpillars and eggs can cause allergic reaction 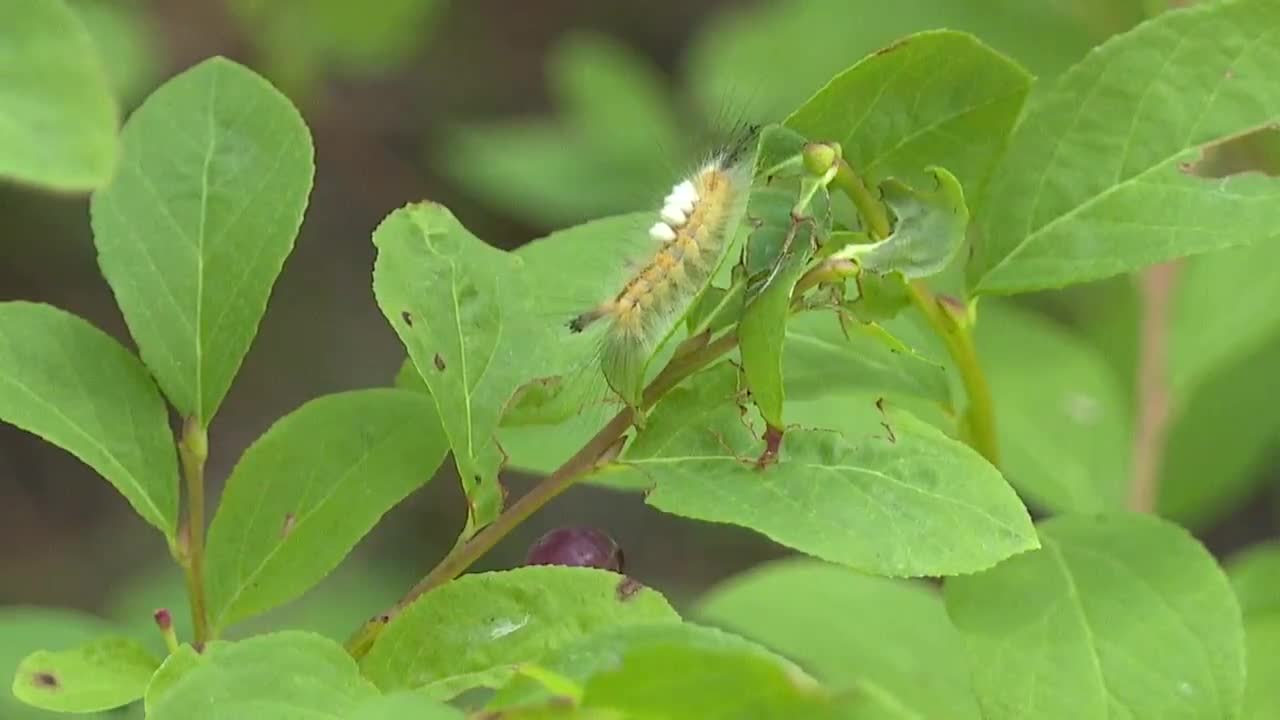 PAYETTE NATIONAL FOREST — Before you head into the forest, beware: There is an outbreak of bugs that could put you in danger of an allergic reaction, especially if you are looking for huckleberries. Touching them could result in an annoying rash, and in extreme cases, respiratory distress.

We talked to some huckleberry pickers who were aware of the tussock moth outbreak, but did not expect to find them in the patch where they were picking.

"My arms are kinda itchy," said Allison Hatzenbuhler. "My fingers are itchy just thinking that they're out there and now that we've seen them and know what they can do."

The caterpillars and the moths they become can make humans uncomfortable, but they can also wreak havoc on timber. That's why the Department of Lands is selling the trees on roughly two thousand acres near Smiths Ferry.

Foresters say they want to make the trees available while they still have some value. But not all trees that are showing insect damage are necessarily going to die, and in the Payette Forest they tend to take a wait and see approach before deciding to salvage.

The moths lay their eggs in the fall and a harsh winter can wipe them out, bringing an end to outbreaks like the one happening now.

"What we do is we evaluate a little bit and see how those trees are gonna rebound the next year." said Payette National Forest spokesman Brian Harris . "If they rebound there is no reason to cut those trees."

And while forest managers continue to assess the damage the bugs are causing, especially to timber, they are also warning people to avoid the discomfort that touching them can cause.

The bugs target fir trees, especially Douglas Fir. We spoke to a family camping where Douglas Fir grow, and they said they will keep a close eye on their kids.

"We'll watch for them and won't pick them up," said Carol Butler.

But the highest risk group might just be those harvesting huckleberries, which the bugs also attack. The caterpillars are tiny, and you might come into contact with them without even knowing it.

"Makes you wanna put gloves on and long sleeves and make sure you're not wearing shorts," said Hatzenbuhler

The caterpillars are also breaking out in the Boise National Forest, especially in the area around Sage Hen Reservoir.

Not everyone is allergic, and entomologists are hopeful the current outbreak is at the end of a four year cycle.