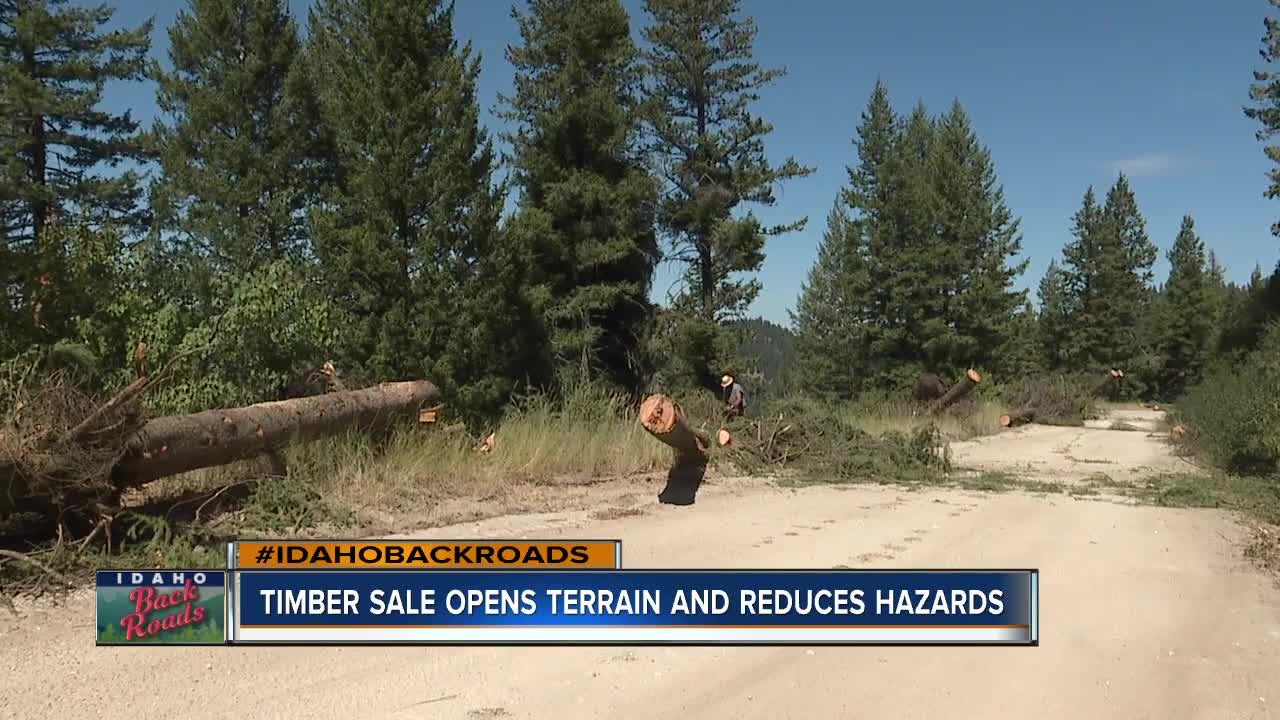 Workers are removing trees at Bogus Basin that are infected with mistletoe.

BOGUS BASIN, IDAHO — If you've spent much time at Bogus Basin, you might have noticed some oddly shaped trees, some that look almost like something out of a Dr. Suess cartoon.

But there's nothing funny about the hazards created by the unusual growth that is caused by mistletoe. It's not the kind of mistletoe you stand under at Christmas. It's a parasite that infects trees like these. Botanists say the parasite mis-routes water and nutrients, causing bunchy growth.

The mistletoe itself doesn't kill the trees, but it does make them more susceptible to deadly bugs. It also makes the forest more hazardous for people who use the trail system here, especially in winter.

"You just get the snow load to build up on these branches and the weight factor with that snow," said John Wallace of the Boise National Forest. "And the weight of the snow breaks the branches off."

So the forest service is cooperating with the state department of lands and bogus basin to selectively remove trees that are highly infected, focusing on those that create public hazards.

"These trees will eventually start falling over with storms and so they are a hazard, and that's our focus," said George Nuesse of the Idaho Department of Lands.

The infected trees are coming out for the purpose of safety, but that will also open some new terrain for people who like to ski in the trees.

"There will be a few new powder shots here and there as they clean up the brush and debris from the logging," said Bogus Basin's Nate Shake. "It's hard to say how many acres. It's a very large project and it will take a while to get it all done."

But it will get done more quickly than you might imagine because of the Good Neighbor Authority Program, which allows the state to bypass federal contracting restrictions so timber sales like this one can move forward more quickly.

"We're growing we're building the good neighbor authority program," said Wallace. "So it just means tackling these projects, getting more people out to help the Forest Service in these areas."