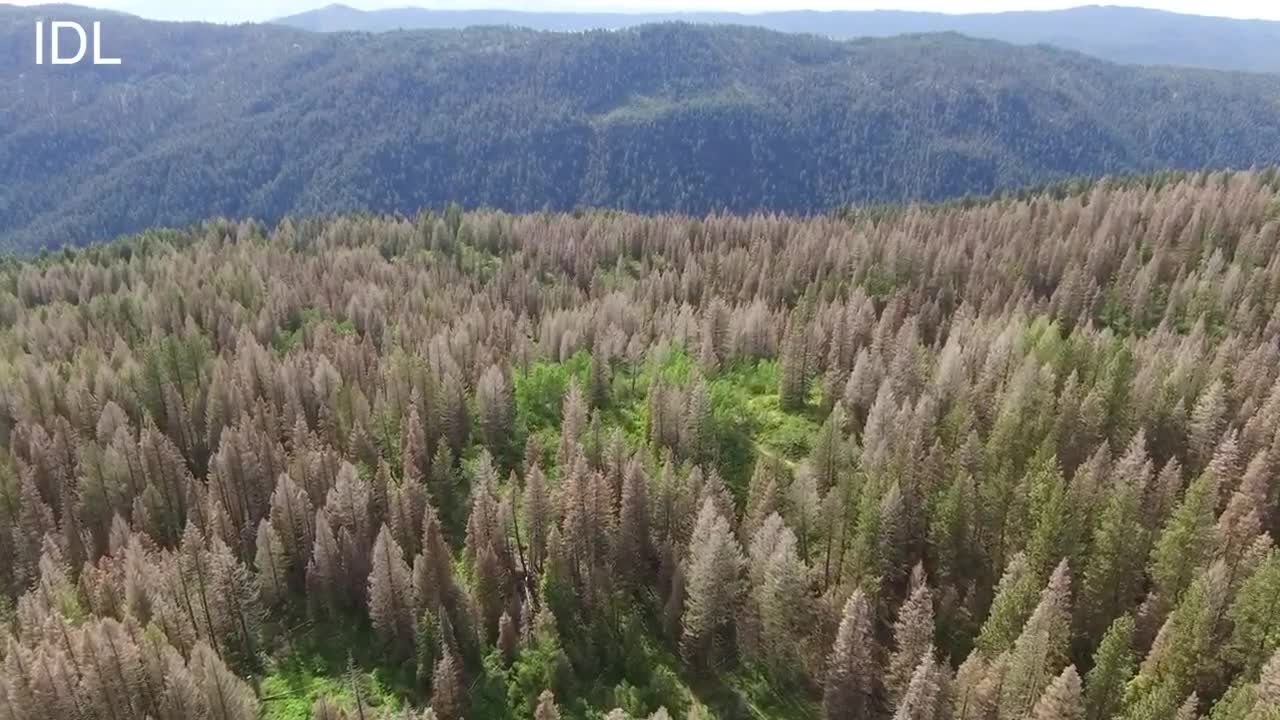 BOISE — A moth infestation in the Packer John State Park near Smiths Ferry is killing trees and forcing the Idaho Department of Lands to conduct salvage timber sales.

The Douglas-fir tussock moth infestation has affected around 13,000 acres between Crouch and Smiths Ferry. It's causing an even greater fire risk and safety concerns and due to that, those salvage timber sales begin on Wednesday.

The Douglas-fir tussock moth is a moth that feeds on fir trees, "They eat the needles on the tree, and they also eat the new buds when it, you know, buds,” said Bob Pietras, with the Idaho Department of Lands.

It's an infestation that happens about every ten years or so, and often, trees can recover, but not this time around.

"A lot of times what they excrete and stuff gets on smaller trees and then, you know, that ends up killing those trees also," said Pietras.

The outbreak began around three years ago, and since, the moth infestation has affected nearly 13,000 acres of fir trees, and as fire season ramps up, that creates a big hazard.

“When the trees die, if there's any needles left, they end up dropping to the ground and that just adds fuel to the base of the tree,” said Pietras.

So to avoid that, the Idaho Department of Lands is preparing to auction off the timber from the dead trees.

"Once the trees are dead, we have basically about a year to harvest them before they start cracking or losing value," said Pietras.

And once they're auctioned, Pietras said there are some loggers that can have that volume of trees hauled off in a matter of months, but it's going to leave that area looking a little bare.

"And it's gonna take awhile for us to get it replanted and for those trees to look like the forest that it used to look like," Pietras.

But the IDL assures it will be replanted once the dead trees are hauled away.

To make this area less susceptible to an infestation like this in the future, the Idaho Department of Lands will be planting a different variety of tree species than what is there currently.