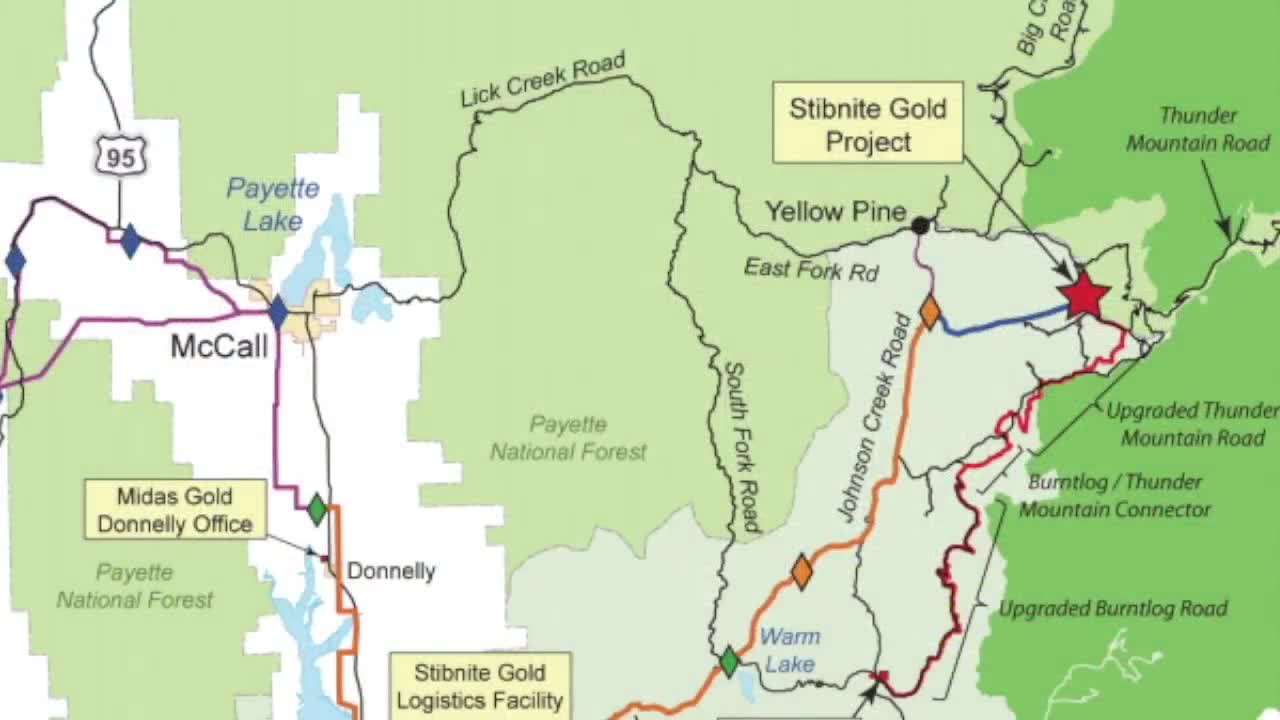 The public comment has ended on the environmental impact statement draft for a proposed mine near the headwaters of the South Fork of the Salmon River.

We talked with both Midas Gold and the Idaho Conservation League to get their thoughts on all the public comments people submitted on the Stibnite Mine project.

Midas Gold highlighted the economic impact to rural Idaho, their $1 billion dollar investment into the state and how this project will create good-paying jobs for the people of Idaho.

They also explained the process of the EIS draft helps them address concerns and put in more mitigation efforts to protect the South Fork of the Salmon watershed.

Conservation groups say the EIS doesn't go far enough to protect the environment of the watershed and the surrounding area.

The Idaho Conservation League believes the potential cost of mining could ruin a pristine area used by boaters, anglers and people who rely on the water to make a living.

The next drainage over, the Middle Fork of the Salmon River is protected by Congress through the Wild & Scenic Rivers Act, boaters need to win a lottery to float the Middle Fork in the summer, but even though the South Fork features a rowdier whitewater playground that watershed doesn't have the same protections, and it also has a long history of mining.

The children of the workers who mined for resources during World War II offered their support for the project and thanked Midas Gold for cleaning up the area left behind when mining regulations weren't what they are today.

Midas Gold plans on restoring the area before they begin their mining operations.

The public comment has ended on the environmental impact statement draft for a proposed mine near the headwaters of the South Fork of the Salmon River.

Midas Gold has been working for ten years to put this draft together, they want to mine for gold, silver and antimony at the Stibnite Mine site.

There were 9,609 comments on the Stibnite Mine proposal, and we combed through them to see what stood out.

We found that 74 out of 105 Idaho lawmakers voiced their support for the mine, citing mainly economic reasons, jobs and the $1 billion Midas Gold plans on investing in a mine that would have a 20-year lifespan.

We didn't find any lawmakers who voiced their opposition to the project, and almost unanimously, the legislators supported alternative two in the EIS.

Alternative two is Midas Golds' preferred plan of action after they reworked their original plans to include more mitigation efforts.

The public comments also had several different environmental groups speaking out against the mine.

Most of the municipalities surrounding the mine wrote language that wasn't for or against the mine, but they voiced their concerns and added suggestions to the EIS draft.

The City of McCall brought up Highway 55 intersection safety with the added truck traffic, they asked about a hazmat team because Valley County doesn't have one and they also wanted to know if there would be any impacts to the North Fork of the Payette River.

"Some of those comments that are substantial could very well impact the outcome on what is in the final EIS," said Brian Harris of the Payette National Forest. "What is in the final EIS will steer the decision-maker, the forest supervisor on how she will move forward with approval for the project."

The National Environmental Policy Act requires a 45-day comment period, the forest service instituted 60 days and extended that to 75, which drew ire from both sides, either believing the process was moving too slow or too fast.

On Thursday, we will talk with Midas Gold and the Idaho Conservation League to get a reaction from the EIS comments, here is a link to the story we did when the public comment first started.

Here is a list of lawmakers who support the Stibnite Mine project, again we didn't find any lawmakers opposed to the project.