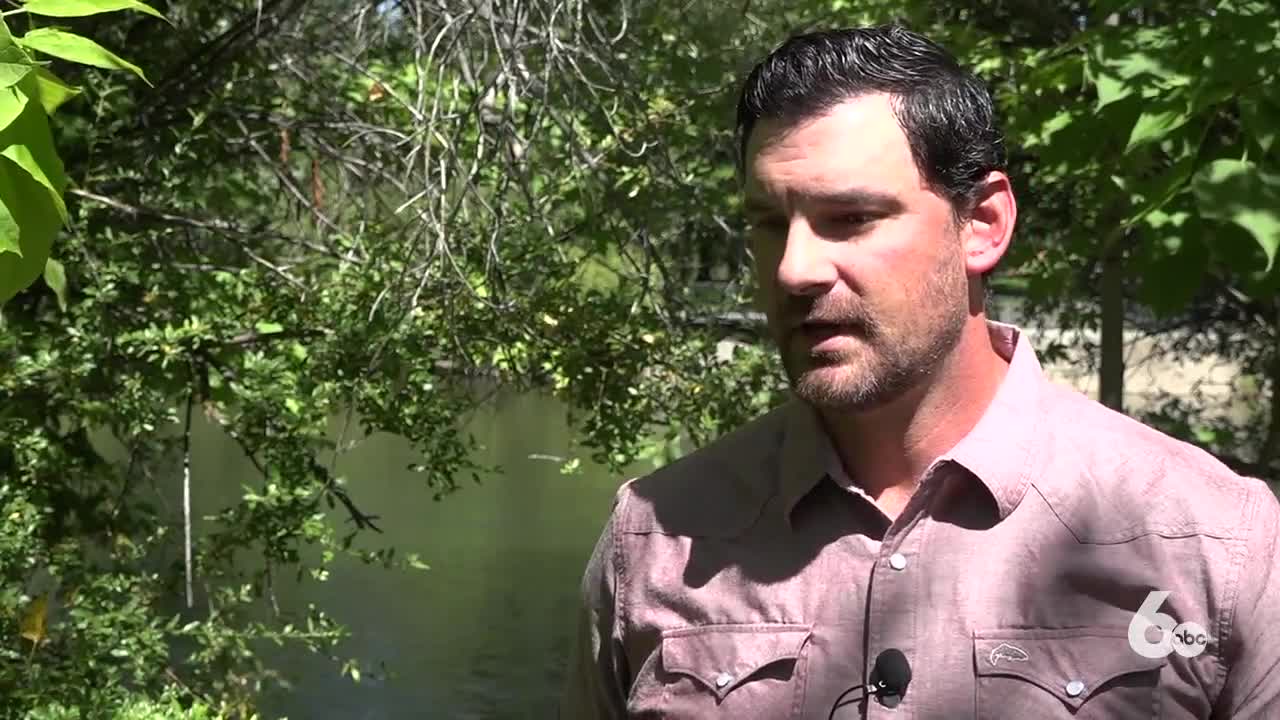 The environmental impact statement was just released on Friday, this draft goes into detail on the Midas Gold's proposed Stibnite Mine project.

BOISE, Idaho — The environmental impact statement was just released on Friday, this draft goes into detail on the Midas Gold's proposed Stibnite Mine project.

Midas Gold wants to mine for gold, silver and antimony at a sight located on both public and private land near the headwaters of the South Fork of the Salmon River.

"We are really excited to have the draft finally available to the public," said McKinsey Lyon of Midas gold. "This has been ten years of scientific study, four years of regulatory review and 800 plus community meetings."

Part of the plan for Midas Gold includes cleaning up legacy impacts, the Stibnite Mine has been around for about a hundred years with significant mining happening during World War II and the Korean War, after that it was abandoned.

"There are millions of tons of abandoned tailings lying in that watershed interacting with ground and surface water," said Lyon "So we initially came to this site and said mining needs to figure out a way to clean this up."

However, we also heard from several conservation groups who believe that EIS doesn't go far enough to protect the East Fork of the South Fork of the Salmon River.

Idaho Rivers United tells us they don't think the answer to cleaning up this area is more mining.

"It's all about the dollar for Midas, when environmental recovery doesn't produce the returns they are going to do what every other mining company has done and do what's best for their bottom line," said Nic Nelson of Idaho Rivers United. "You can see some of that in the current proposal their proposal for cyanidation doesn't even meet the requirements for Idaho law, but instead of changing their current proposal, they are looking to change and relax the environmental regulations."

But mining doesn't operate the way it used to, and Mckinsey Lyon told us mining in the U.S. is one of the most regulated industries in the world, this project requires 50 different permits.

She tells us the project would bring 500 good-paying jobs to rural Idaho, the plan calls for a 20-year lifespan with the last three years for cleanup and restoration.

"We have to do it right. We are no longer in a place where mining happens in a way that we are not thinking about the environmental consequences, said Lyon. "We have a new modern ethos around how it has to be done, a regulatory environment that demands it and a public that demands it."

But Nic Nelson worries about the future of this area and tells us the mining waste would cover 30 football fields, lead to a 20 percent loss of chinook salmon while endangering steelhead and bull trout who use this watershed.

"This mine that they have and this proposal is going to exponentially increase the footprint of this mine," said Nelson. "There are millions of pounds of mining waste that are going to spill over 100's of acres over New Meadow Valley into Meadow Creek, which is a pristine area."

The public has 60 days to provide comments on this project, the minimum requirement is 45 days, but the forest service provided additional time.

Midas Gold tells us they welcome comments and criticism because they say it has helped make their project better and more environmentally safe.

Idaho Rivers United believes that 60 days isn't long enough for the public to learn about the project, the EIS is more than 5,000 pages long, they also weren't happy the EIS got released on a Friday afternoon.