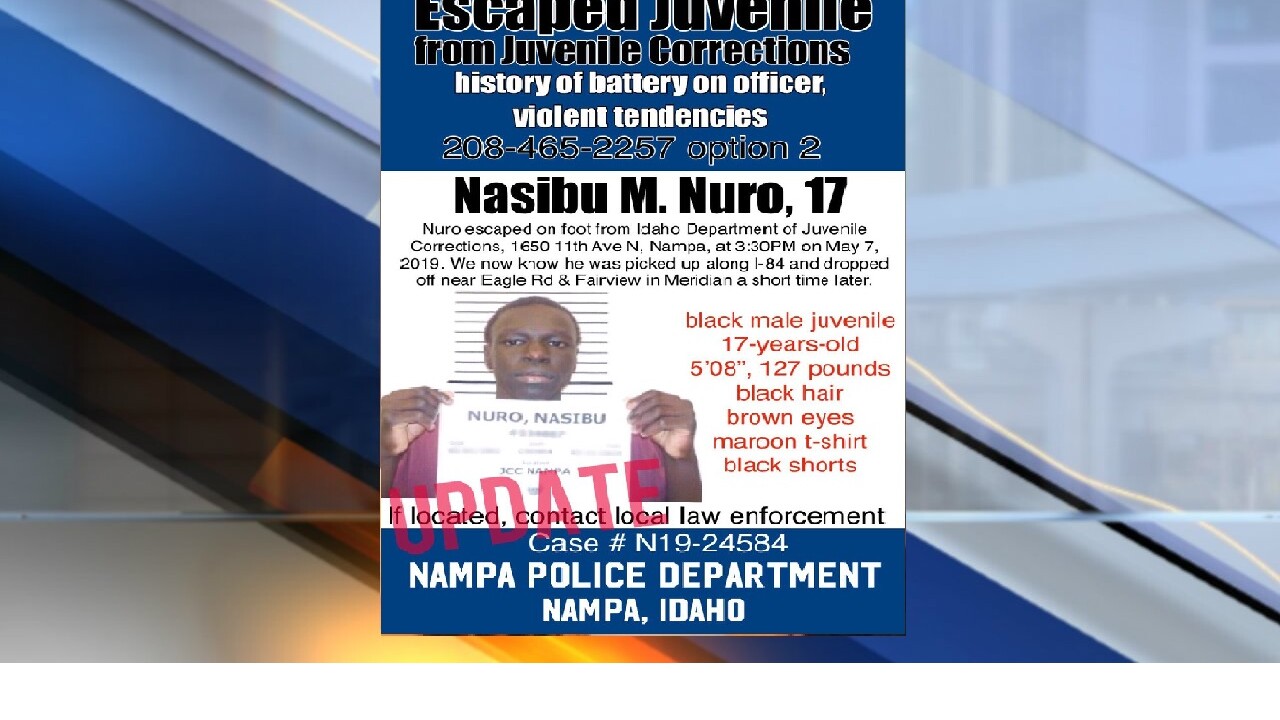 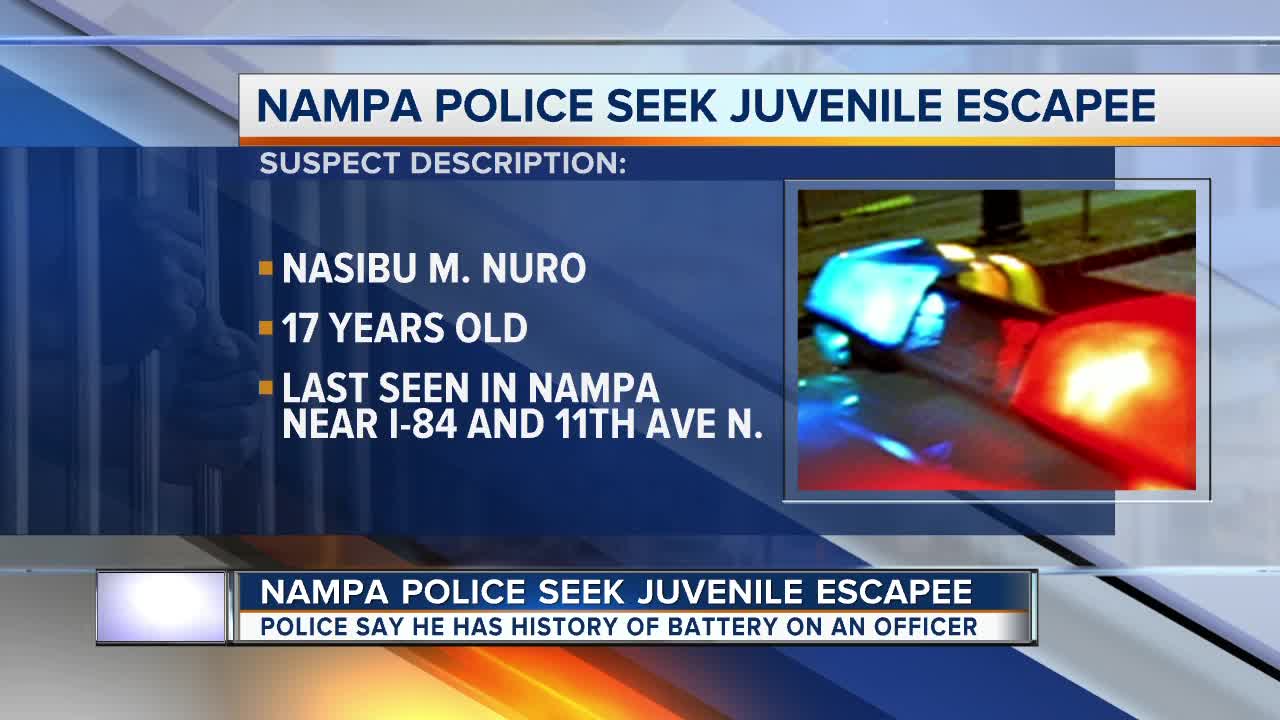 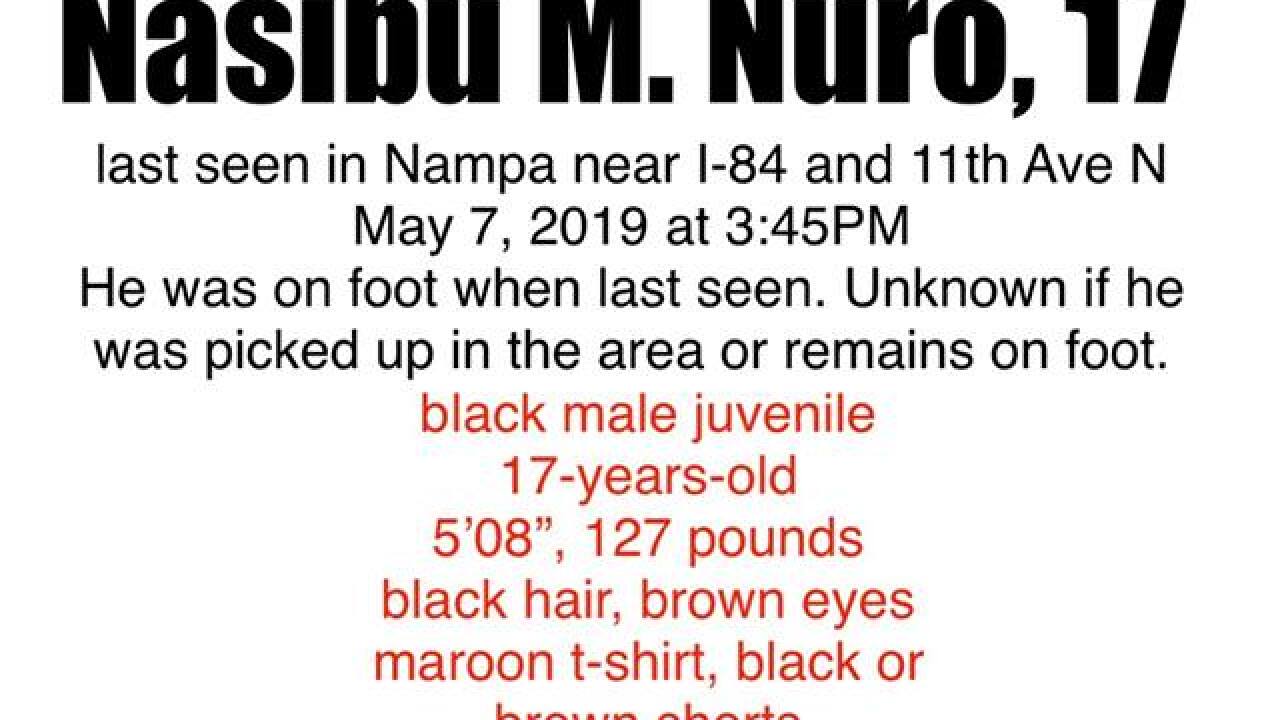 Nampa Police have located Nasibo M. Nuro and he is in custody this morning, according to a Facebook post.

Nampa Police report Nuro was picked up and dropped off a short time later near Eagle Road and Fairview in Meridian around 3:30 p.m. Tuesday. Police believe he was picked up after escaping from the Idaho Department of Juvenile Corrections on 11th Avenue North. Anyone with information is asked to call police at (208) 465-2257, option 2.

Nampa Police are attempting to locate a 17-year-old with a violent record after he escaped from a juvenile corrections facility Tuesday afternoon.

Authorities say Nasibu M. Nuro has a history of battery on an officer and violent tendencies.

Nuro is about 5'8" and 127 pounds, has black hair and brown eyes. He was last seen wearing a maroon t-shirt and either black or blue shorts.

He was last seen on foot in the area of I-84 and 11th Ave N around 3:45 PM Tuesday. Police are still in the area looking for him. It is not confirmed if he was picked up in the area or remains on foot.