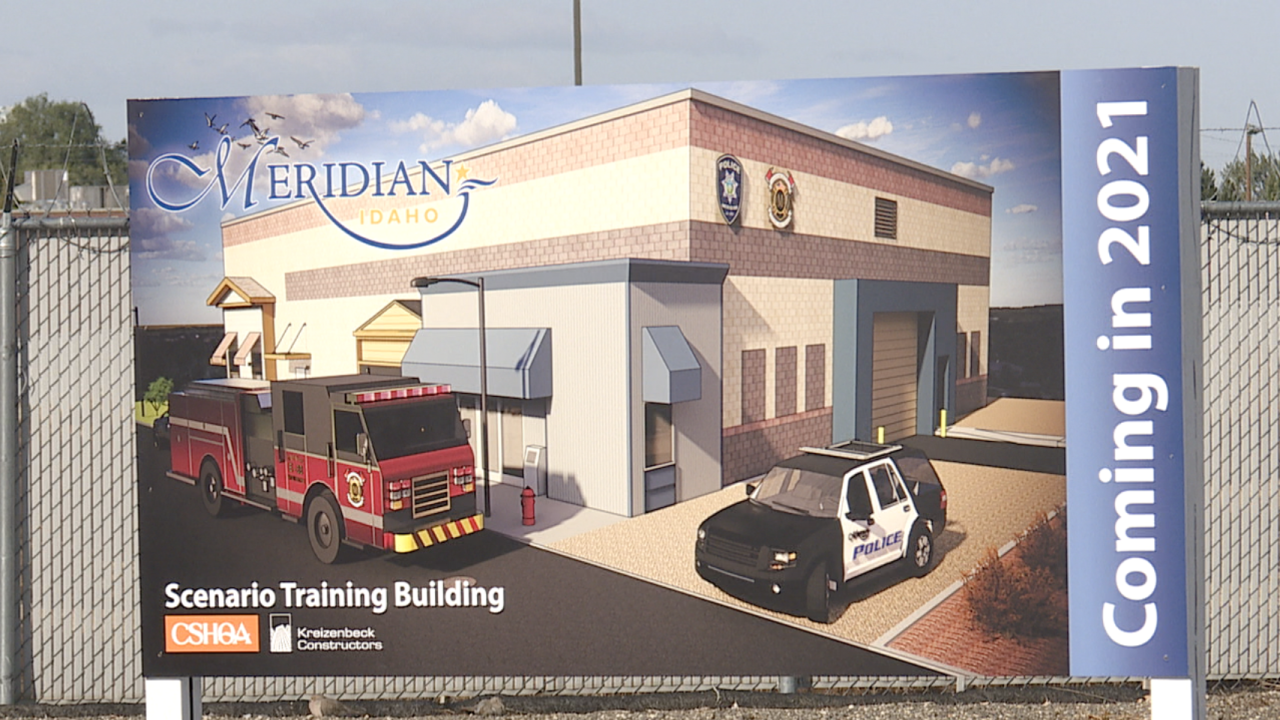 The $3.5 million project has been in the works for about a decade. It will allow Meridian’s first responders and surrounding agencies the opportunity to train for the most dangerous, complex, yet common scenarios year-round. Meridian Fire Chief Mark Niemeyer says that the building is two stories with a basement. For firefighters, he says, “basement fires are the worst places we can go so to be able to train on that day in, day out, night and day different scenarios are going to be outstanding for our firefighters.”

In addition to a basement, the building also offers layouts similar to storefronts, apartment buildings, classrooms, and gas stations. The design intentionally lacks windows to provide first responders the option to train for any scenario at any time of day. Meridian Police Chief Jeff Lavey says this is beneficial because, “instead of just doing the what if’s or just talking about it, it’s done in a safe environment.”

Both Chiefs agree that this addition will only provide better, safer service to the city and the community. First responders are expected to set foot in the building by the summer of 2021.