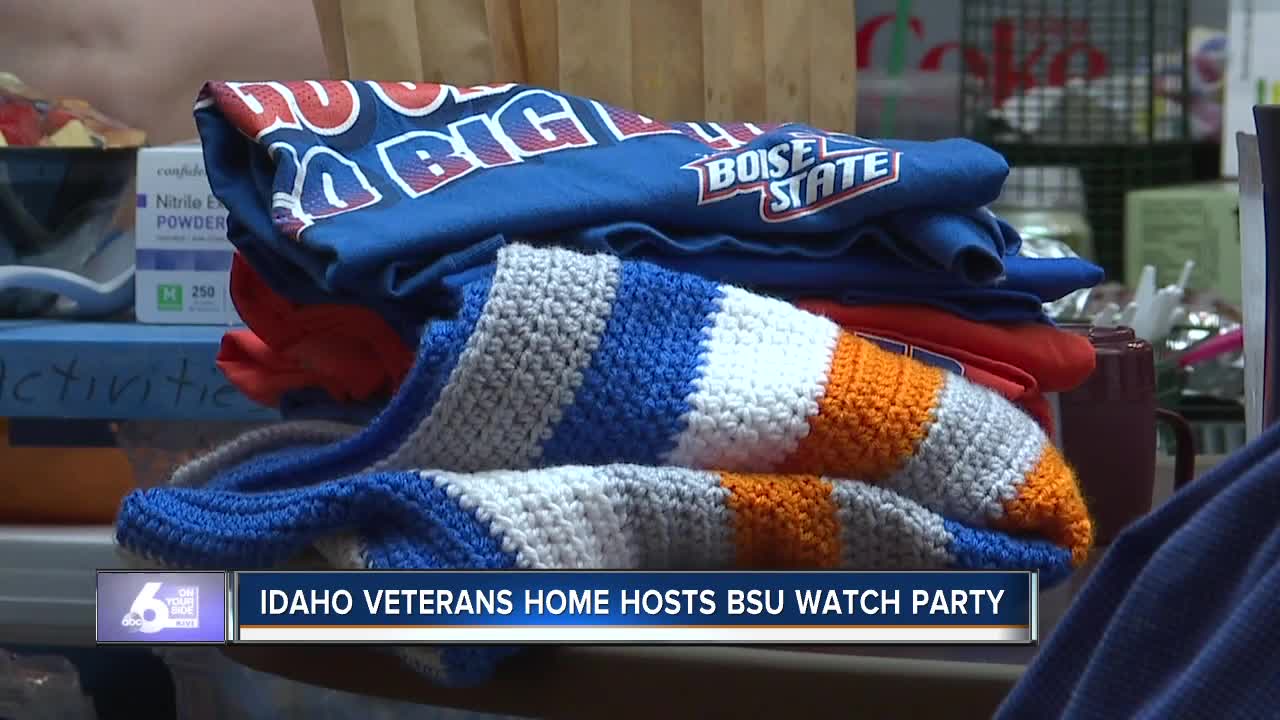 BOISE, Idaho — Boise State's matchup against Florida State may have been moved because of Hurricane Dorian, but the change didn't dampen the spirits of some special fans.

The Idaho State Veterans Home in Boise hosted a tailgate and watch party for veterans Saturday morning. The staff made last-minute adjustments as the game plans changed for Dorian. BSU and FSU were originally set to kickoff in Jacksonville Saturday evening, but the threat of the hurricane led officials to move it to a 10 a.m. kickoff in Tallahassee.

"Boise State football, you don't need to say anything more than that," said Veterans Home Chaplain Barry Surratt. "Most of these guys love BSU. They watch the games. This is the tailgate, and the game's early enough today, even earlier than 5:00, so we've got them out here and we had to switch things around because of the 10 a.m. start."

The veterans were encouraged to wear BSU's orange and blue for the event. The Veterans Home plans to hold similar watch parties throughout the season.

As for Saturday's game, true freshman quarterback Hank Bachmeier helped lead the Broncos (1-0) to a 36-31 comeback victory over the Seminoles (0-1) at Doak Campbell Stadium. BSU hosts Marshall at Albertsons Stadium on Friday, September 6.