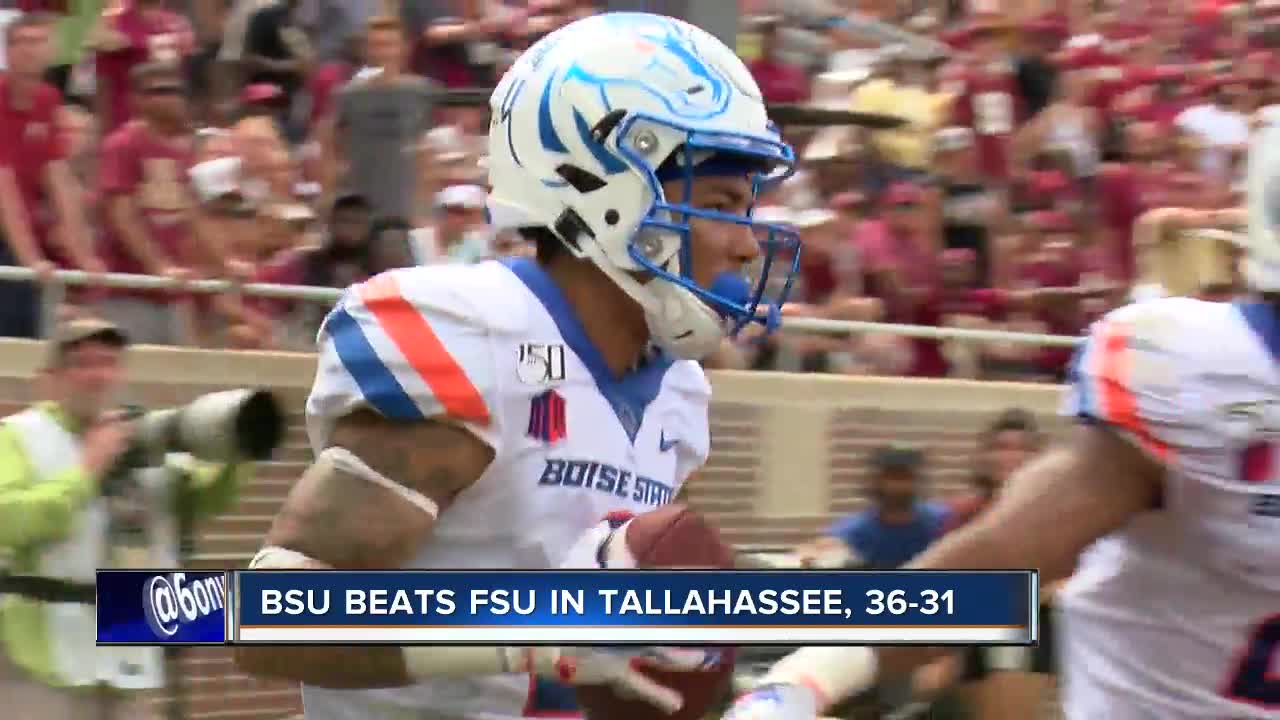 TALLAHASSEE, Florida — The Boise State Broncos are starting the season with a win on the road, making a second-half comeback against the Florida State Seminoles in Tallahassee. The final score was 36-31.

The game was originally scheduled for Saturday evening in Jacksonville, but was moved to Tallahassee late this week due to Hurricane Dorian, making it a home game for the Seminoles.

True freshman quarterback Hank Bachmeier completed 30 of 51 attempts for 407 yards. He threw one touchdown and one interception.

All hail the new hero. pic.twitter.com/9Ed229ehCa

Runningback Robert Mahone rushed for two touchdowns and 142 yards with 24 carries, and wide receiver Khalil Shakir scored the third touchdown with a total of 78 yards.

Kicker Eric Sachse went five for five when it comes to field goals, scoring an additional 18 points for the Broncos.

Sachse ties the school record with his fifth FG. Boise State leads 36-31 with 7:27 to play. That PI call may loom large.

The Broncos will now start preparing for game two of the season Friday, September 6 at home against Marshall.