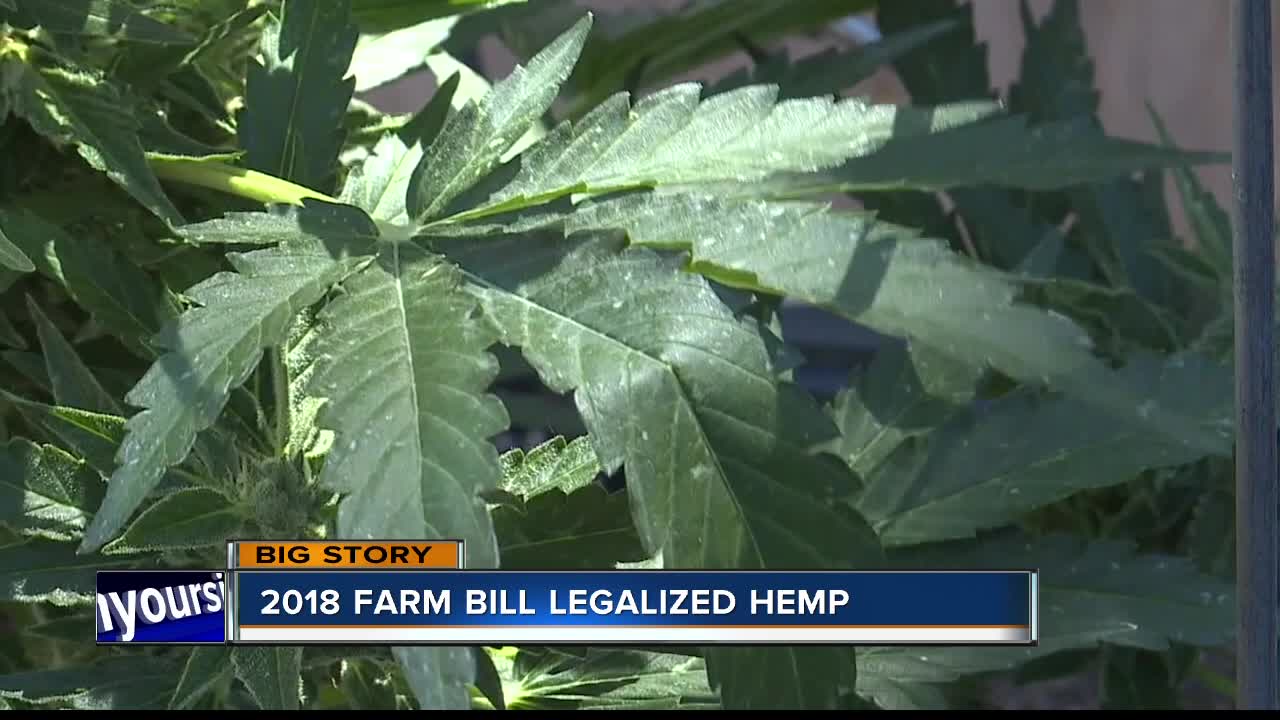 BOISE, Idaho — Hemp could soon be legal in Idaho.

A bill before the legislature already has support from the Farm Bureau, one of the biggest lobbyists in the state. If it is legalized, how will cops tell the difference between a load of hemp and a load of pot?

Idaho state police use a roadside test to detect THC, the psychoactive component in marijuana. The test only takes about a minute, and is usually followed by a visual and olfactory inspection by an officer.

"It's a strong odor," said Cpl. Brandalyn Crapo with Idaho State Police. "With training, it's something that we're very familiar with."

There's one catch: the test can not tell the difference between hemp and marijuana--and neither can the cops. If hemp is legalized, Idaho will have to get a new test. Something like a spectrometer might be the solution. The spectrometer from Orange Photonics isn't cheap--it has a price tag of $16,000. The device uses light to determine chemical makeup within .03 of a percent tolerance.

Orange Photonics is just one company trying to take advantage of the new need that many states face thanks to the 2018 federal farm bill that legalized hemp.

"We see in some states where they've set up artificial deadlines for themselves to build out infrastructure to regulate cannabis," said Stephanie Mcardle, president of Orange Photonics.

That's because states had 4 years of warning from the previous farm bill, but not everyone was prepared.

Elijah Watkins is suing Idaho State Police for interfering with constitutionally protected interstate commerce when it made a bust of cannabis in late January.

If he wins, Idaho might have to allow hemp to travel through the state even if it remains illegal under state law.

One option then might be to put a lock on hemp trucks as they travel through the state.

"State authorities could tag a truck that came into one end of the state and make sure it got out on the other side of the state with the same amount of product," Watkins said.

Idaho wouldn't have to worry about it if it legalized marijuana like several nearby states, but everyone we talked to agrees, there's little likelihood of that any time soon.