Five vehicle accident on I-84 sends multiple people to hospital 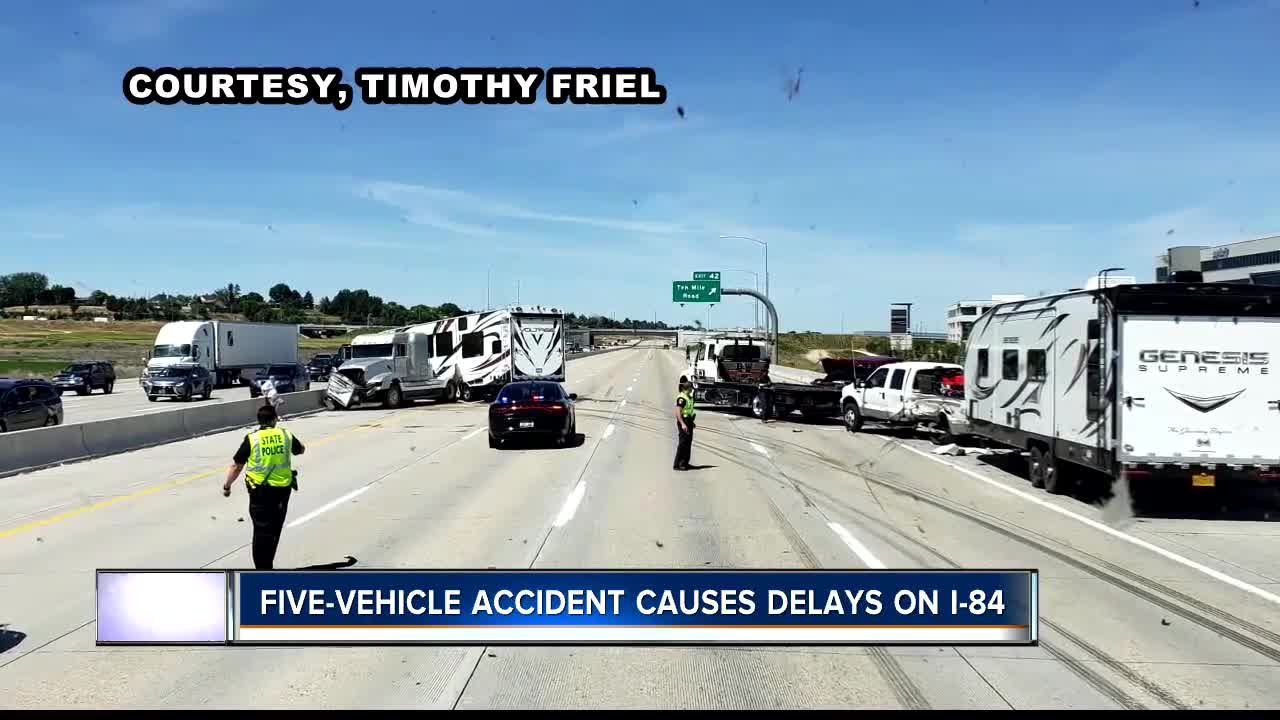 The five-vehicle pile up is now under investigation.

Westbound traffic on I-84 is no longer being diverted onto Meridian Road. All lanes are back open.

Idaho State Police say the accident started when freightliner truck heading westbound began to shake. The driver, 59-year-old Cleo Sanders of Nampa, slowly attempted to move to the right shoulder when both left rear tires came off and rolled into traffic.

All people involved were wearing seatbelts, but ISP reports two subjects were transported by ground ambulance to St. Luke's in Meridian.

All westbound lanes were blocked for about two hours.

The crash is under investigation.

A five-vehicle accident is causing detours along I-84 in Meridian.

Idaho State Police say the accident happened on westbound I-84 between the Meridian and Ten Mile exits around 11:00 a.m. Saturday.

Some of the people involved suffered injuries and were taken to the hospital for treatment, but the extent of their injuries are unknown at this time.

Tow trucks are working to clear the scene, but as of 12:30 p.m. all westbound lanes remain blocked.