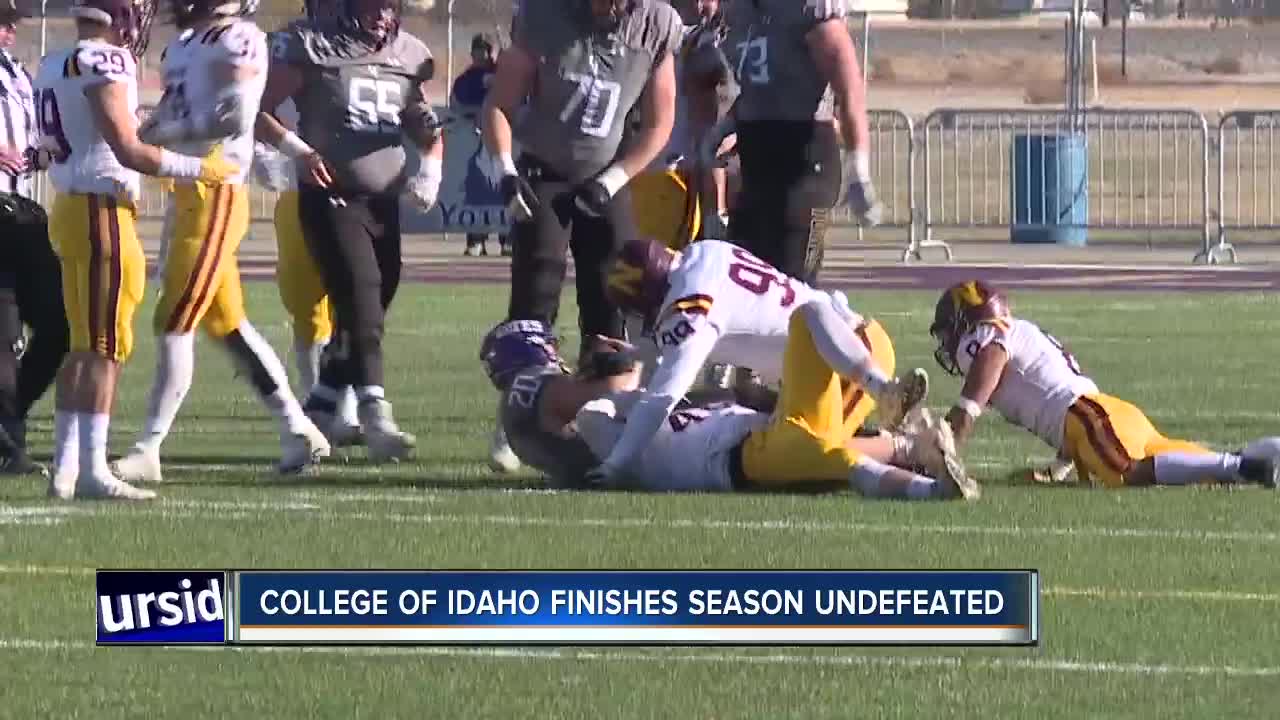 The Yotes won the Frontier Conference and will get an automatic bid into the 16 team NAIA playoffs.

CALDWELL, Idaho — The College of Idaho finished an undefeated regular season with a 44-20 victory over Montana State-Northern in Caldwell Sat. afternoon.

The Yotes won the Frontier Conference and will get an automatic bid into the 16 team NAIA playoffs.

By remaining undefeated throughout the season, the Yotes might have earned another game in Simplot Stadium.

The team will find out who and when they play Sunday, but Saturday, the Yotes are celebrating a perfect season.

The NAIA Championship will be played in Ruston, La. on Dec. 21.

The 6th-ranked College of Idaho football team completed an undefeated regular season, 10-and-0, with a 44-20 win over Montana State-Northern today. Please enjoy this Flickr gallery of the win! #Undefeated #PlayoffBound #CollegeofIdaho #YoteFamhttps://t.co/tvxJks6ODM

The Yotes will have to win three games to make it that far, but the team should get a good seed, as they are the 6th ranked team in the league.