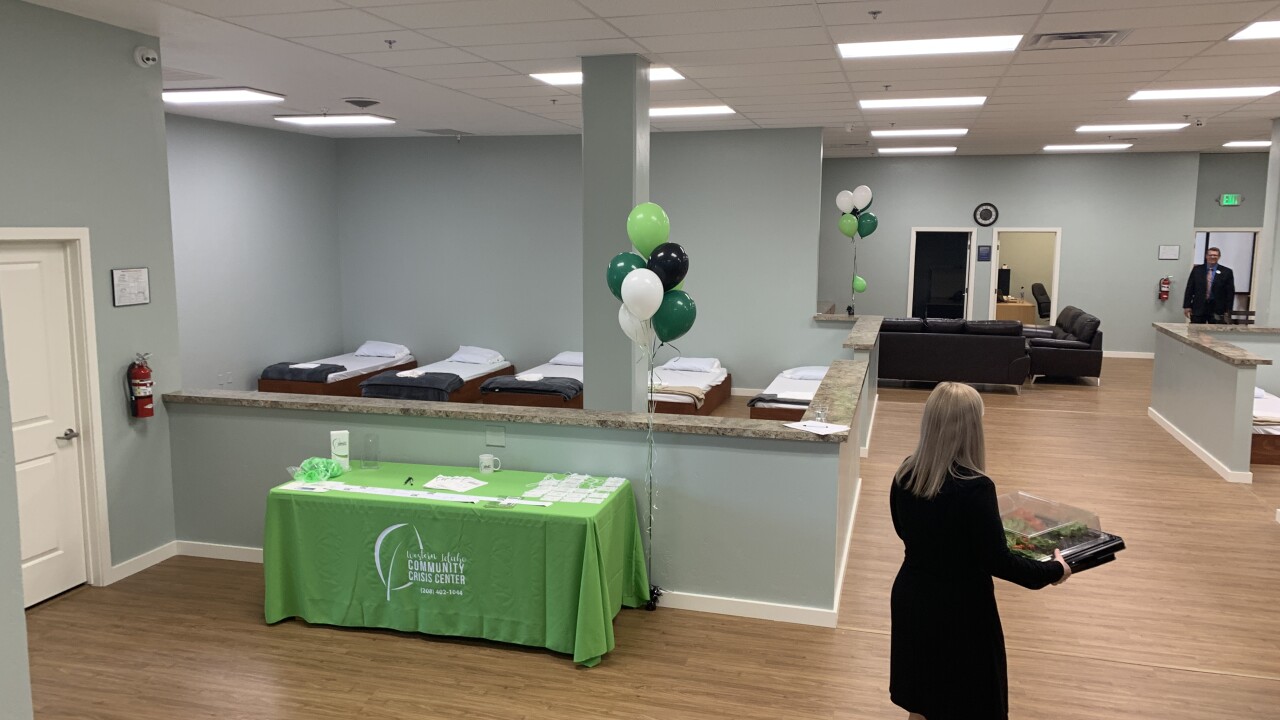 CALDWELL, Idaho — The Western Idaho Community Crisis Center celebrated its grand opening Monday and will officially open for 24/7 services starting Tuesday at 9:00 a.m. Many familiar faces, including the governor, showed up to help introduce the facility to the community.

Before today, in many counties in Western Idaho, folks in crisis had limited options of where to go.

"What was taking place before was almost opposite of what needed to take place," said Governor Brad Little, State of Idaho.

They are those folks who have not necessarily committed a crime. Rather, they just need help.

"Maybe they have a mental health crisis or a substance abuse crisis, and they're not actively suicidal but they're having suicidal thoughts or they're in crisis," said Cristina Froude, project Manager, Western Idaho Community Crisis Center.

As 6 On Your Side previously reported, local police have told us the majority of calls they currently take involve "community caretaking."

The governor said this oftentimes has resulted in folks in crisis being transported to an ill-fitting location, which he said is costly to taxpayers.

Now, a first-of-its-kind facility in Canyon County experienced its grand opening Monday, and any are calling it a glimmer of hope for adults in those gray area situations.

"We would put their personal belongings in the closet here... we have 24/7 security in this room," said Froude."We have ten female, ten male resting mats."

Guests can stay for 23 hours and 59 minutes per visit to get stabilized.

"We have these quiet rooms here" (gesturing).

And the best part-- at least for now-- the visit is free of charge for the client.

"Right now we are fully funded for the first two years."

But don't get too used to that.

"At some point we will look into ways where we can bill insurances for services.