Policing with patience; How the role of police officers is drastically changing 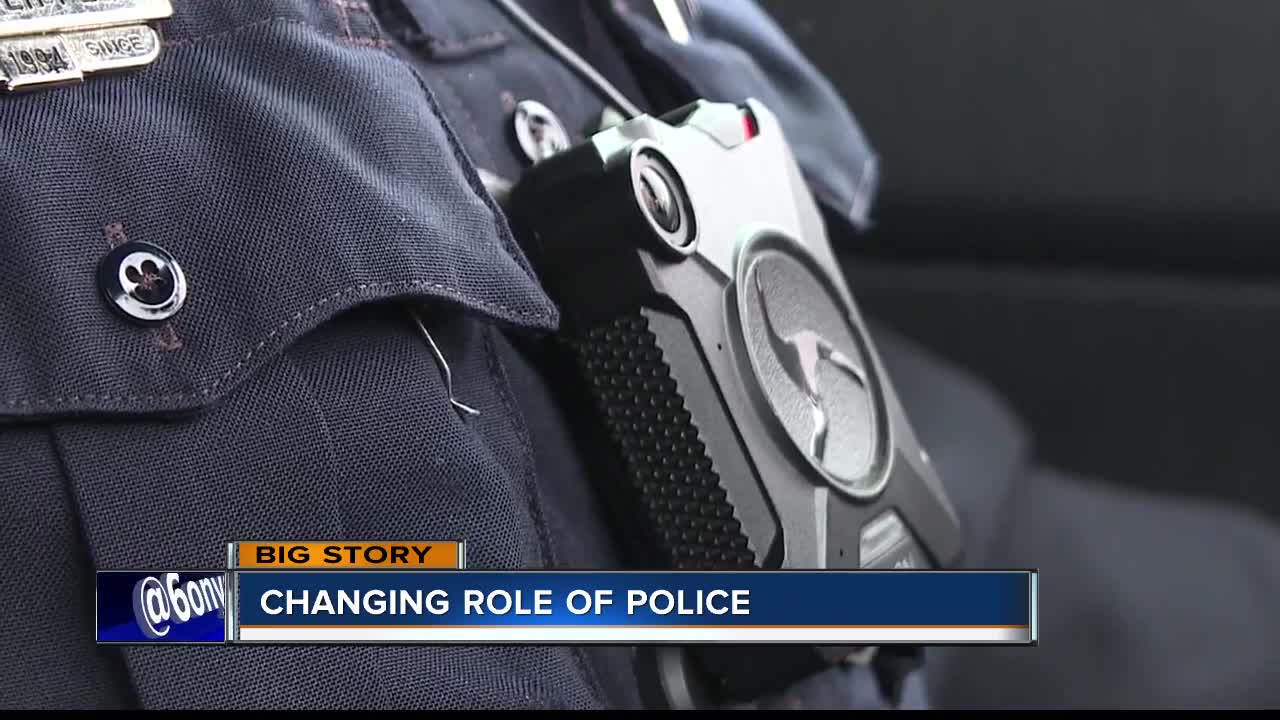 Policing with Patience; How the role of police officers is drastically changing

BOISE, Idaho — Idaho is consistently among the states with the highest suicide rates. Suicide, sadly, is the second-leading cause of death for Idahoans ages 15-34.

Now, Boise Police officials say 70 percent of what they do nowadays is "social work."

According to Boise Police's latest report, service calls for welfare checks are at an all-time high. The report also reveals that calls for attempted suicide more than doubled from 2017 to 2018-- a number police say they want to change.

"When we go into that circumstance we don't know exactly what we're going into. It could be a welfare check that turns into a crisis intervention," said Cpl. Kent Lipple, an officer with Boise Police. "It's different than it was 25 years ago... that's for sure. Less law enforcement related-- more community care-taking."

Lipple has been a Boise officer since 1994. He says when he first started, mental health was a bit more stigmatized.

Lipple says the issue has been heightened by social media.

"Whether it be Twitter, Facebook, that's usually where the call for help or the reach-out starts," Lipple said. "That's the new policing. That's just the way it's going to be."

Officers are working to adjust to the times. There is now a mandatory 40-hour crisis intervention classroom training for new officers. Chief Bill Bones says when he's hiring officers, he's looking for someone who can find the "gray areas" in incidents-- someone who might even give a warning instead of an automatic citation in non-violent scenarios.

Now, it's not just officers working to address the issue. Bones recently hired a mental health coordinator to respond to scenes of repeat callers.

For Lipple, who is soon-to-retire (his last day is in five weeks)-- he says his ability to shine light in some of Idaho's darkest corners is one of his proudest takeaways.

"The things I'm most proud of no one knows anything about-- I never got a medal for them. I was never recognized. But I didn't need to be. They were between me and citizens," Lipple said.