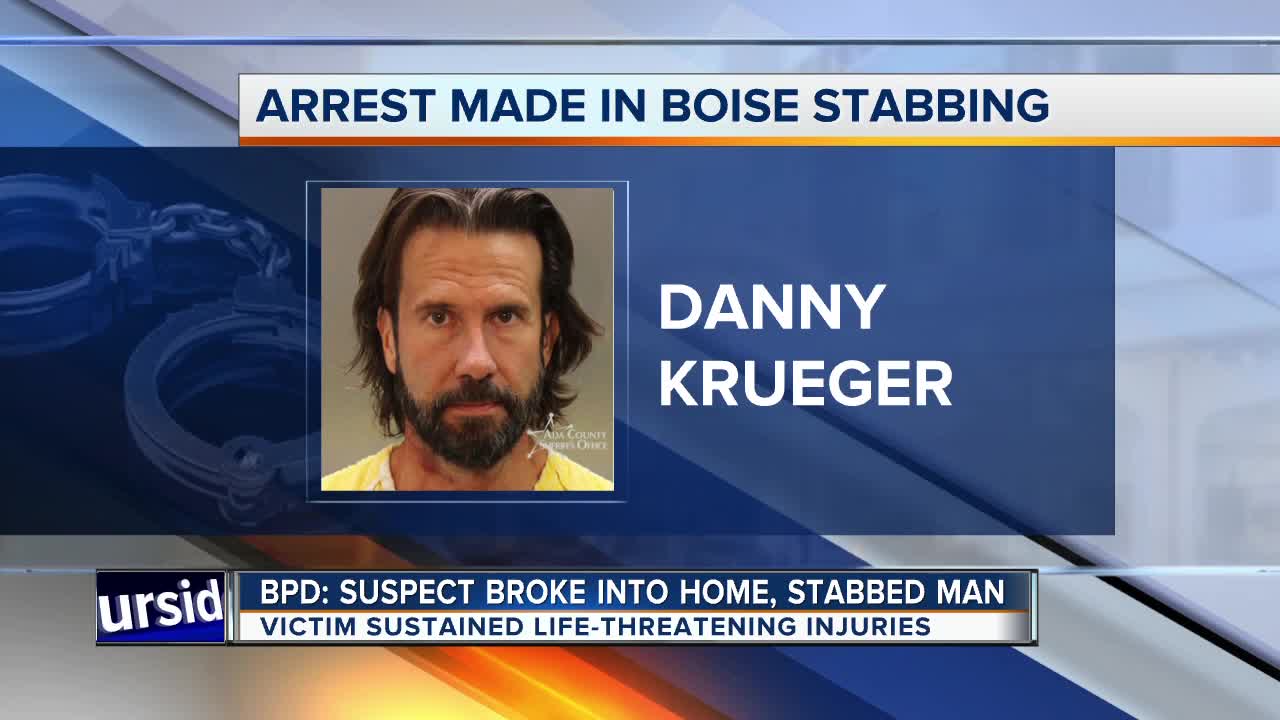 BOISE, Idaho — A Boise man is in custody after police say he broke into a home and stabbed a man early Sunday morning in northwest Boise.

At around 12:11 a.m. Sunday morning, Boise Police officers responded to a call of a reported stabbing which occurred at a home on the 5500 block of Gary Lane. Once on scene, officers located an adult male victim with life-threatening stab wounds who was transported by ambulance to a hospital.

Police say witnesses on scene were detaining a suspect who was later identified as 46-year-old Danny Krueger. Officers took the suspect into custody and ensured that the scene was secure and that there were no other victims.

Members of the BPD Violent Crimes Unit took over the investigation. Officials say initial evidence indicates that the suspect, who was known to the victim, entered the home without permission and attacked the victim just after the victim entered the residence.

Police say another witness fled the home and sought help from a nearby neighbor who called police.

The suspect was detained by neighbors as he attempted to leave the home. Officers transported Krueger to the Ada County Jail and booked him under the charges of felony aggravated battery and burglary.

Members of the Boise Police Victim Witness Unit also responded to the scene and are providing follow-up support services.