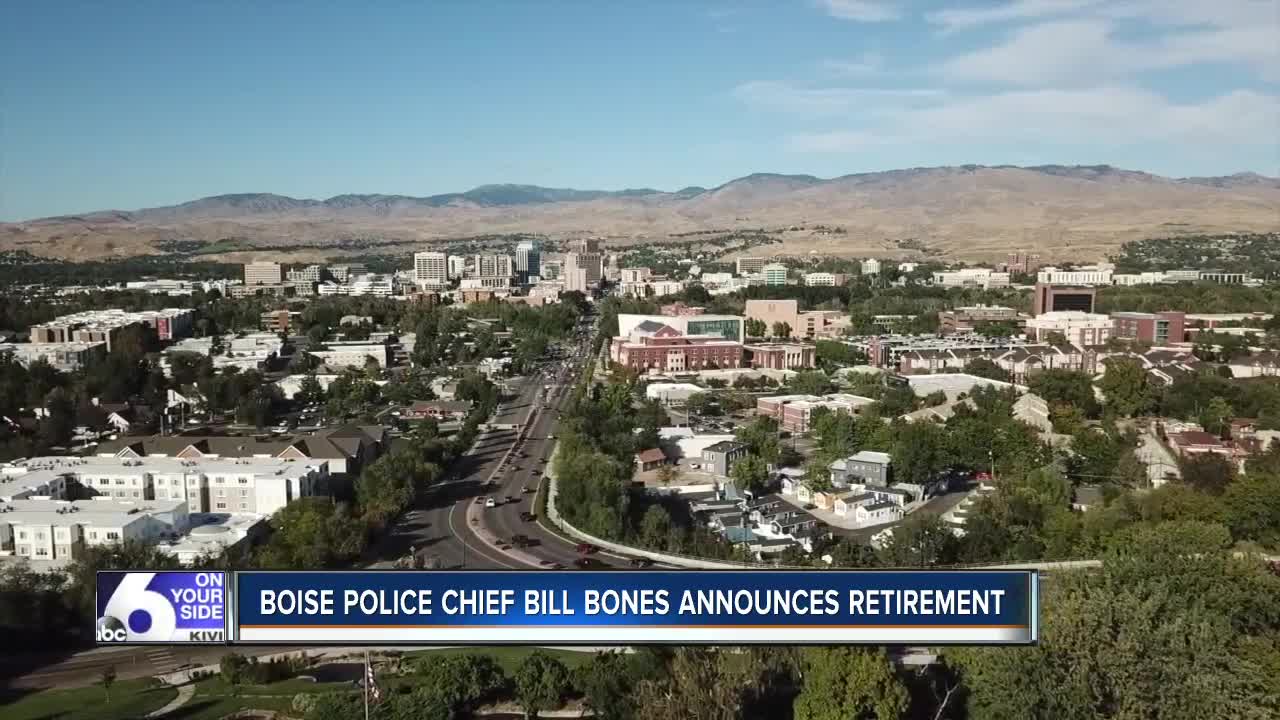 Boise Police Chief, William "Bill" Bones has announced he will retire after a nearly three decade career with the Boise Police Department.

Officials say his final day on the job will be October 24. Bones has worked with the department and the community to lower Boise's overall crime rate to its lowest level in 25 years.

“Chief Bones has served the residents of Boise with honor and distinction over his entire career,” said Boise Mayor Dave Bieter. “Our city is one of the safest in the nation, in part, because of Bill’s authentic leadership and the trust and compassion he brought to his daily work. As a result, Boiseans believe in the department, its officers and their hard work as they never have.”

Chief Bones began his career with the Boise Police Department in 1992. He moved up through the ranks serving in numerous leadership roles over the last 22 years.

“I’m deeply honored to have been allowed to serve as part of BPD. I am able to retire knowing the members of department are poised to not just keep Boise safe, but grow what it means to serve with professionalism and empathy,” said Chief Bones (his entire statement to the community is posted here ). “My wife and I are excited to begin a journey to see the world.”

Former Boise Police Chief Mike Masterson will serve as the interim Chief starting October 25 while the city embarks on a nationwide search for a new Police Chief.