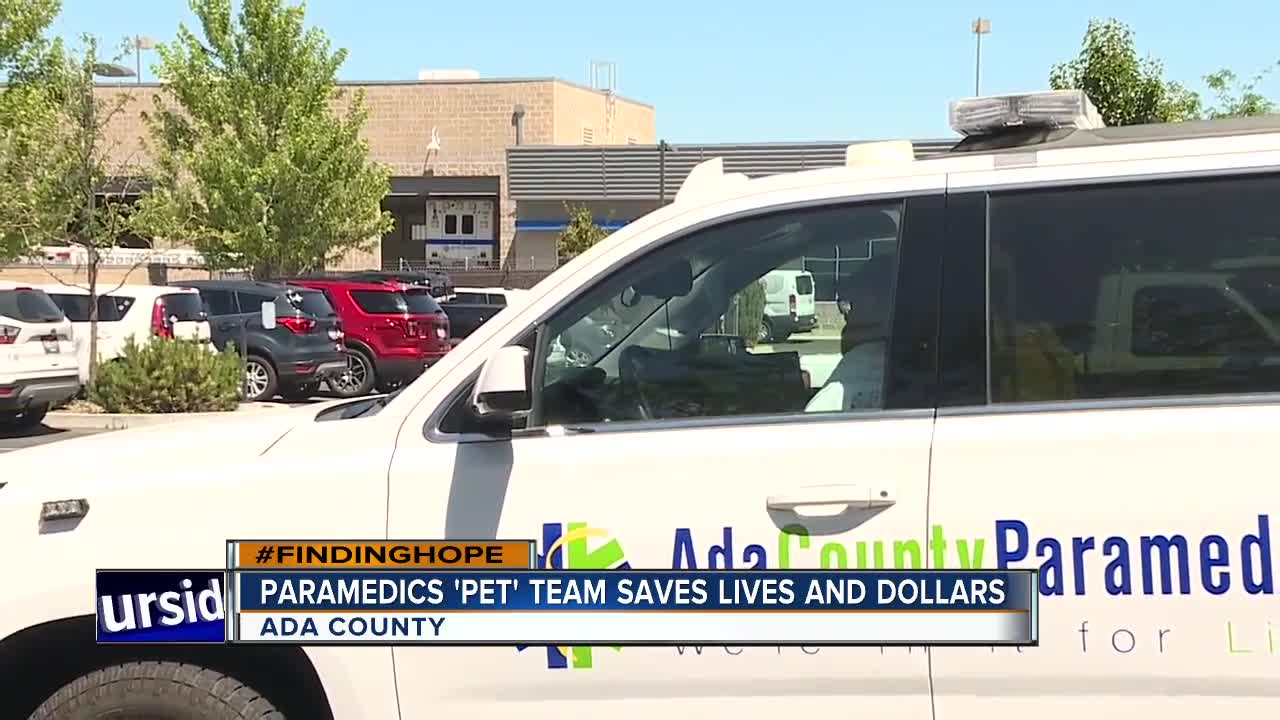 BOISE, Idaho — As mental health-related calls increase in Ada County, the role of paramedics is expanding. Now, an initiative at Ada County Paramedics is working to save your hard-earned dollar.

Meet the PET Team. No-- there's no dogs cats or gerbils here. PET stands for Psychiatric Emergency Team, and they help folks in crisis in Ada County.

"So we'll go on a call that is somebody that is on a psychiatric emergency-- maybe they have kind of slipped and aren't taking their meds, or they’ve missed some appointments and just feeling, kind of, maybe having some suicidal ideations, homicidal ideations," Miller said.

Ada County Paramedics are leading the way with how mental health calls are addressed in Idaho, and that's more important now than ever.

As we previously reported, Boise Police data shows that calls for attempted suicide nearly doubled from 2017 to 2018 in Ada County.

The PET Team assists law enforcement, alongside Idaho Department of Health and Welfare's Mobile Crisis Unit, by responding to the patient’s home or part of the community.

It wasn’t long ago when patients had to go to an Emergency Room to be screened or cleared by a doctor before going to a psychiatric facility. But now, if they meet certain criteria-- “then at that point we’ll call directly to the psychiatric facility," according to Miller. "Intermountain, St. Al's Behavioral, Cottonwood Creek in Meridian, Lifeways here."

The patient receives immediate care from clinicians including medication management while Ada County taxpayers are saved thousands of dollars.

But perhaps most importantly, the PET team works to lower the high rate of suicidality.

"There have been several times where we were able to intervene and get those patients exactly where they needed to be, and they were so thankful, and just had tears in their eyes and hugged us and just said thank you," said Miller.