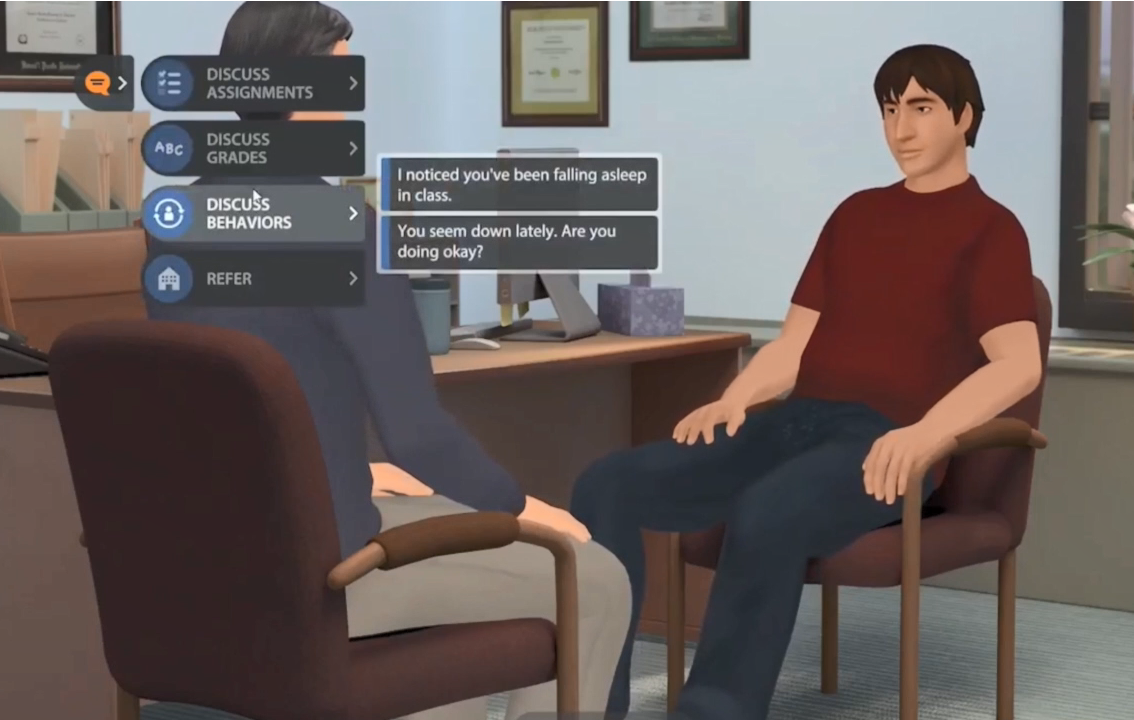 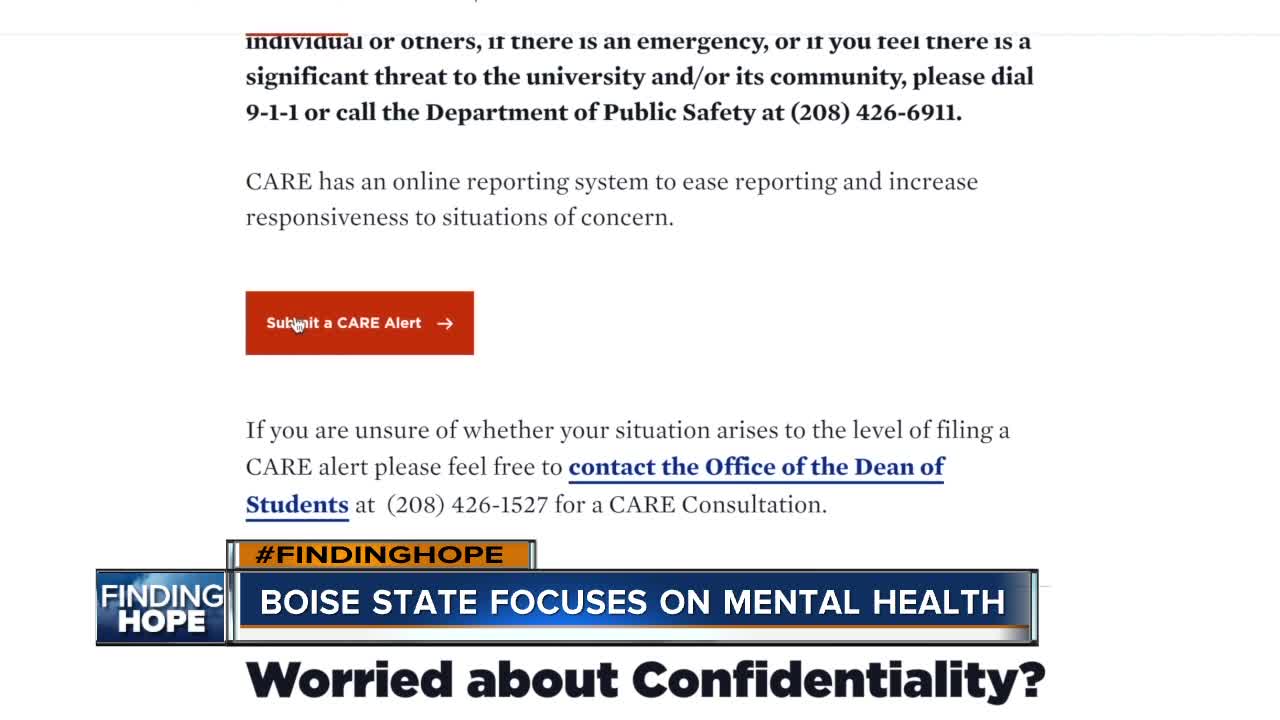 BOISE, Idaho — College students are faced with a lot of firsts as they navigate through a schedule of exams, work, social networking, and a life away from home for the first time. For many, that comes with feelings of isolation, anxiety, and even depression.

In tonight's #FindingHope, I'll show you the programs being implemented at @BoiseState to improve mental health care on campus, thanks to a $300,000 suicide prevention grant. pic.twitter.com/0nMyPAhYci

BSU's CARE Program has been up and running since 2012, allowing people on campus to file a concern about a student's well-being.

With just a few clicks on the university's website, concerned roommates, classmates, parents, and even police can easily submit a CARE alert with campus leaders, letting them know they're worried about someone on campus.

"It's kind of a way for us to be aware of early warning signs, and our goal ultimately is to do outreach," BSU Associate Dean of Students Lauren Oe said.

Oe oversees the program and says half of the roughly 500 care alerts submitted last school year were mental-health related.

Usually, within a day or two, someone will contact the student, encouraging them to set up a meeting with a staff member to sit down and talk it out. Students will also get information about available resources on campus, like counseling.

If students don't respond, staff will send follow up emails and keep in touch with the person who reported the concern to see if they've seen or talked to the student to see if things seem to be improving.

On several occasions, Oe says they've had students reach out a month or two later expressing how they weren't ready to ask for help at the time of contact, but are prepared to meet with a counselor now.

Hundreds of students and faculty have already tested out the online simulator called Kognito, teaching them how to spot mental health warning signs and have tough conversations. It's already been beneficial for resident assistants, counselors and professors on campus.

"It's really helping to prepare them for what would likely be a conversation that they would be having with students who would be experiencing depression, anxiety, things like that," Oe explains.

The interactive training walks them through different scenarios where the student's reaction changes based on how the teacher responds.

"Sometimes you learn more from saying the wrong thing," Oe said. "And learning how that student's going to respond to that statement. And just thinking through that a little bit; How do I rebound from that?

Students can also learn how to compose a caring text message and reach out with concerns without being overbearing.

One of the other programs they started just this fall is the Sources of Strength program we've shown you in our Finding Hope series in the past, which has already been implemented in several Treasure Valley high schools. It focuses on strengthening student connections and building resiliency.

"Most of our peer leaders are in it for a very intentional reason," Oe said. "Either they've been impacted by suicide, or it's something they're passionate about because it's relevant to their major or what they're studying."