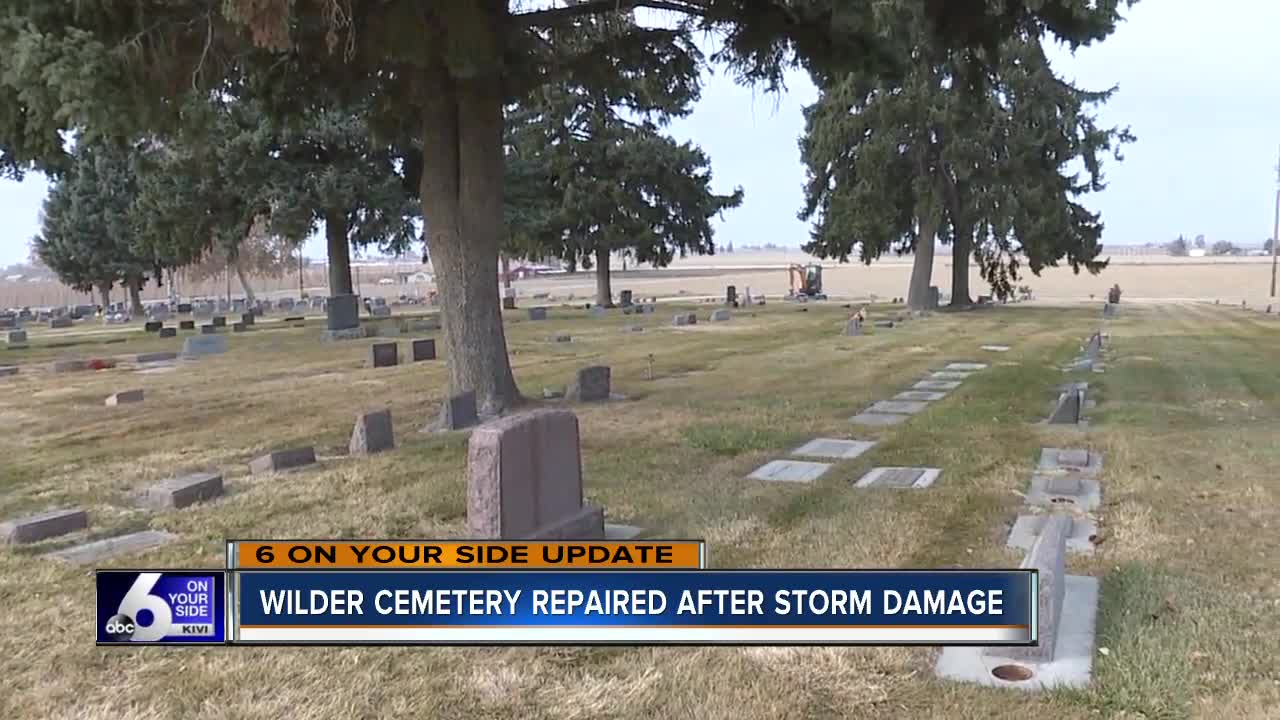 WILDER, ID — In October, a strong storm ripped through many areas of the Treasure Valley. The storm left the Wilder Cemetery with extensive damage. An estimated 18 trees fell, which damaged numerous headstones. It wasn't clear how long it would take to rebuild. The wilder cemetery sexton, Larry Cooper says bases were broken, but no headstones.

"There's been a lot of long hours in the last month," said Cooper.

The Canyon County Sheriff's Inmate Labor Detail helped cleanup, a tree service removed the trees, and monuments were place placed upright. Cooper says the milder weather has been an advantage in the process. Besides a few details, the cemetery is back intact.

"It's been a huge outpouring of support from the community."

"In the spring, we'll have to see the irrigation system. We don't know if any of the pipes were broken there other than what was visible, so we'll know that in the spring when the water comes in the canal and we'll deal with that then so and plant grass seed. Just like normal, I thought it would be so nice to trim a tree, weed eat, mow. Just a normal day at the cemetery, dig a grave whatever. It's crazy."

At the time, Cooper asked himself why it happened.

"What if it went right over there and there are houses over there. What if it had destroyed a house and some lives. God had a plan, so it's all good."

Cooper says the insurance covered everything with the trees. The headstones were also taken care of by the insurance of the cemetery.