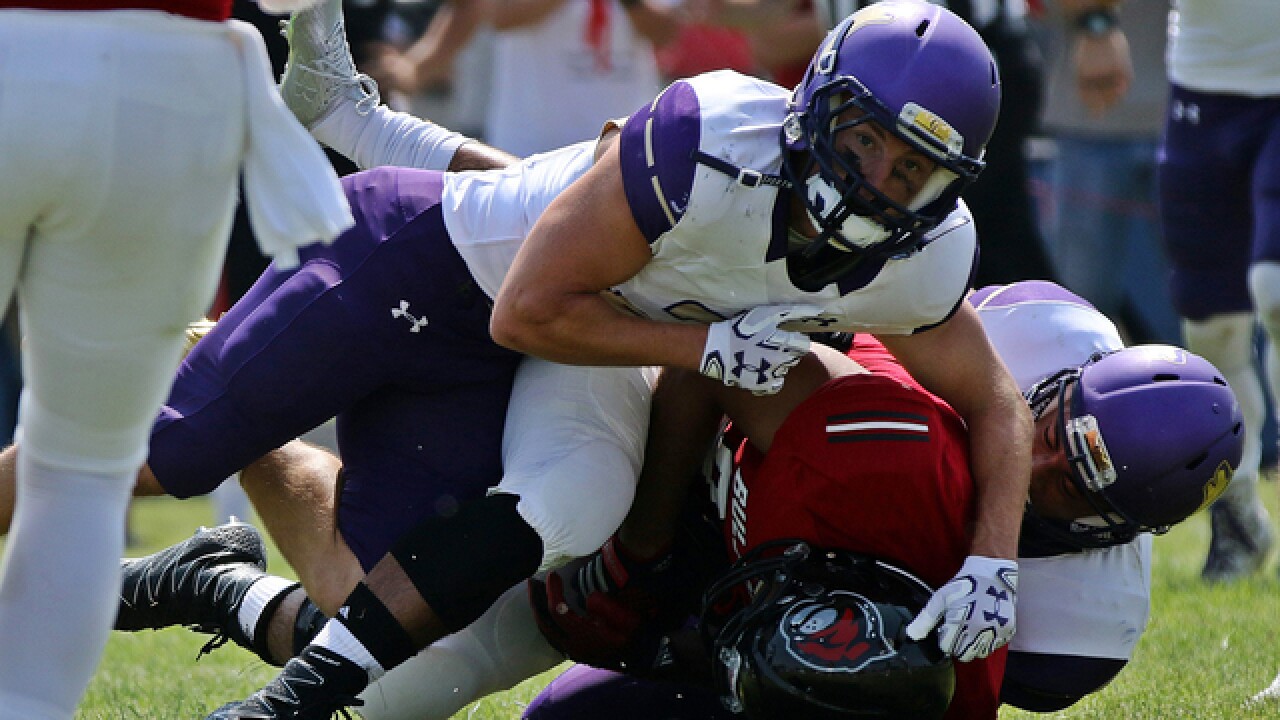 For the third-straight year, College of Idaho defensive back Nate Moore was honored as an NAIA All-American – earning second-team accolades.

Moore becomes the first NAIA player ever to become a three-time All-American, as he was selected as a first-team pick each of the past two seasons.

Moore led the Yotes with 97 tackles during the season and led the Frontier Conference with 22 passes defended. He finished his career with a school record 326 tackles and 62 passes defended, adding 11 interceptions.