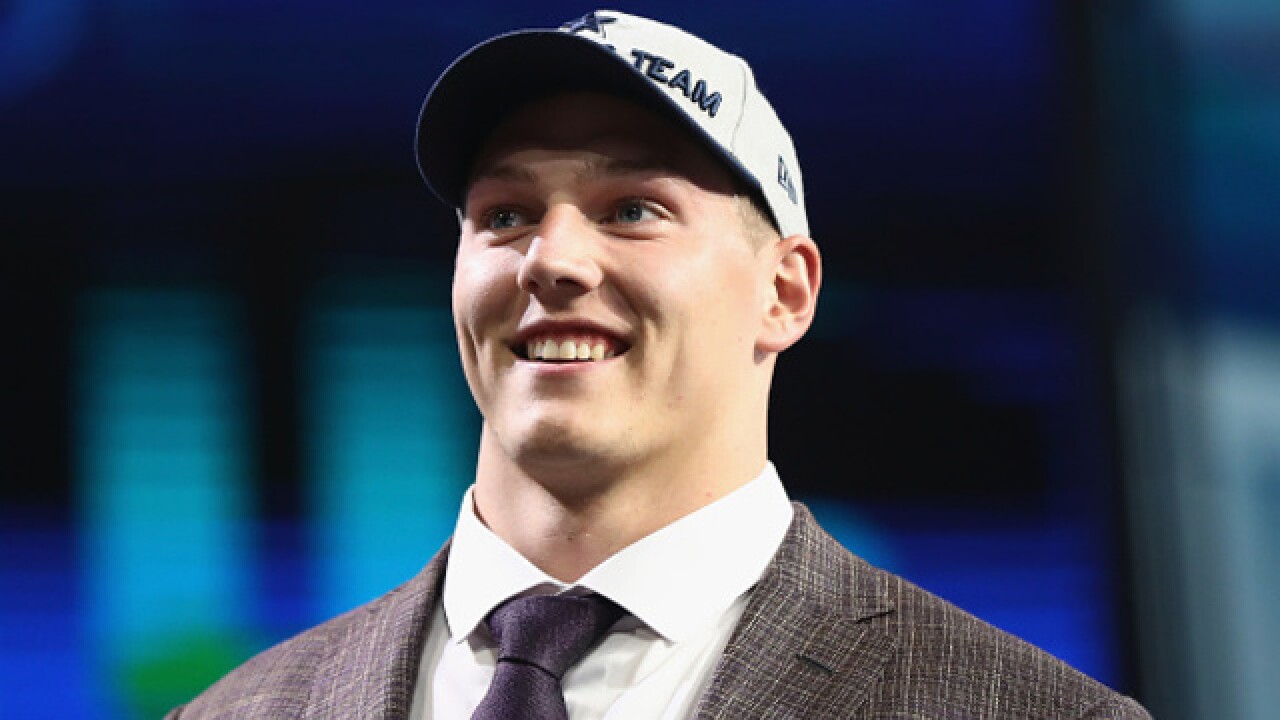 Copyright 2018 Scripps Media, Inc. All rights reserved. This material may not be published, broadcast, rewritten, or redistributed.
Ronald Martinez
<p>ARLINGTON, TX - APRIL 26: Leighton Vander Esch of Boise State reacts after being picked #19 overall by the Dallas Cowboys during the first round of the 2018 NFL Draft at AT&T Stadium on April 26, 2018 in Arlington, Texas. (Photo by Ronald Martinez/Getty Images)</p>

Leighton Vander is officially a Dallas Cowboy.  Today at the Dallas Cowboy headquarters in Frisco, Texas the former Bronco was introduced to the NFL media.  Its pretty surreal to think that Vander Esch went from eight-man football at Salmon River High School in Riggins, Idaho, to walk on at Boise State.

Earning starting spot as a redshirt junior which was his final year as a Bronco.  He finished that season recording 141 tackles with four sacks to earn Mountain West Defensive Player of the year honors.  if you ask Leighton it still hasn't hit him that he will be playing football for the Dallas Cowboys on Sundays.

"It's been a whirlwind but it's been the best one of my life so far.  I've always wanted to play here. The fact that it came true made it that more surreal and I don't know if it's hit me yet.  Dallas, Texas popped on my phone no caller ID just Dallas, Texas and I was like I had to take a second breathe and realize that it was actually happening and I got on the phone talked to everybody talked to Jerry Jones and to Will McClay and talked to coach Jason Garrett and obviously Coach Rod Marinelli and got everything rolling and now we are here," said Cowboy Linebacker Leighton Vander Esch.

Looking closer at the Dallas Cowboys for this season it's going to have some Boise State love all over the field.  On the defensive line, the Cowboys already have Tyrone Crawford and DeMarcus Lawrence.

Over on the sidelines, former Boise State quarterback Kellen Moore will be coaching the quarterbacks in his first season since retiring.  Vander Esch becomes the third Bronco player taken by Dallas in the last seven years, and the fourth since 2008. It's worth noting overall there have been six former Broncos that have been drafted by the Dallas Cowboys which is the most by any NFL team.