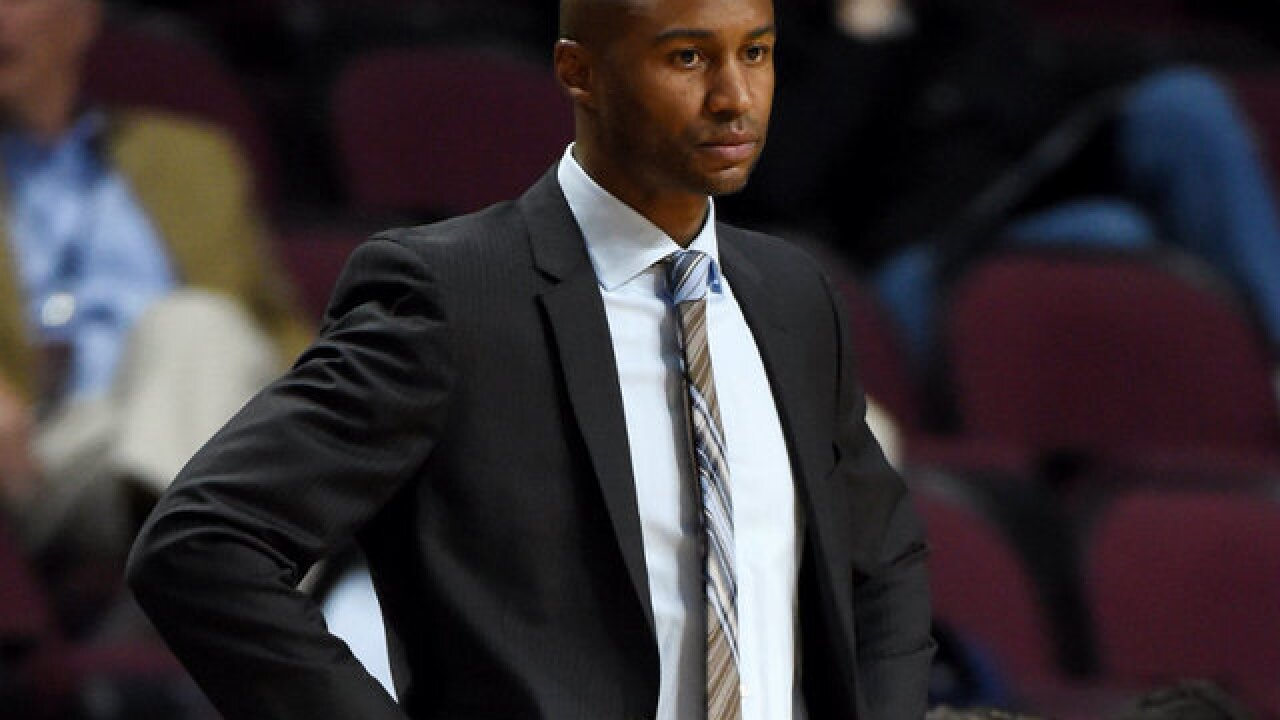 Copyright Getty Images
Ethan Miller
Head coach Lamont Smith of the San Diego Toreros looks on during a first-round game of the West Coast Conference Basketball Tournament against the Portland Pilots at the Orleans Arena on March 3, 2017 in Las Vegas, Nevada.

The University of San Diego's head men's basketball coach Lamont Smith was arrested Sunday in the Bay Area and is facing three domestic violence charges, according to public records released by the San Francisco Sheriff's Department.

Allen Lamont Smith, 42, was arrested at Oakland International Airport prior to the USD basketball team's flight back to San Diego following a 64-61 win over the University of San Francisco in last night's regular season finale.

Officers were dispatched to the team hotel near Union Square late last night on reports of a domestic violence disturbance.

The victim told police she was intimately involved with Smith. She was taken to the hospital and treated for non-life threatening injuries.

USD released a statement to Scripps station KGTV in San Diego, stating "We are aware of the report of allegations related to Lamont Smith. We have very few details at the time, but we will be gathering information and will be commencing an investigation into the matter."

A USD alum and former basketball player at the school, Smith is nearing the end of his third season as head coach of the Toreros.

He is married and has two children, but the victim's relationship with Smith remains unclear.