On Monday, every Major League Baseball player will wear the same number. Here's why 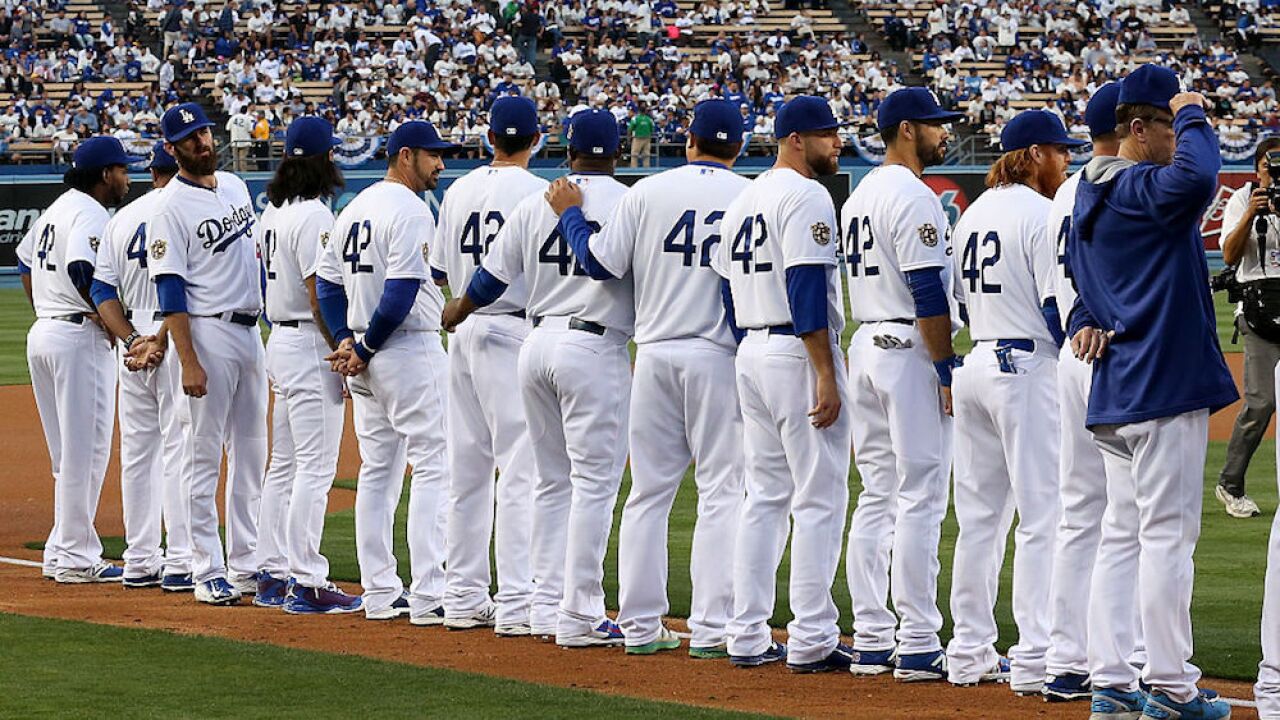 Those tuning in to watch baseball today might have some extra trouble picking out their favorite player.

That's because April 15 marks Jackie Robinson Day, a day in which every Major League Baseball team will honor the first player to break the sport's color barrier after decades of segregation.

As part of the celebration, all uniformed personnel in the MLB — players, coaches and umpires — will wear No. 42 for today's games.

Robinson made his debut with the Brooklyn Dodgers on April 15, 1947. He was the first black player to play professional baseball in the 20th century — before that, there was a racist agreement among team owners to keep black ballplayers off the field.

Not only was Robinson a pioneer in civil rights, he was one of the greatest baseball players of his era, and was enshrined in the Hall of Fame upon his retirement.

Upon the 50th anniversary of Robinson's debut in 1997, the MLB retired his No. 42 league-wide, meaning no new players would be issued the number around the league in Robinson's honor. Yankees pitcher Mariano Rivera, who made his MLB debut in 1995, was the final player to wear No. 42 upon his retirement in 2013.

The MLB has officially celebrated Jackie Robinson Day on April 15 since 2004. In the early days of the celebration, the day was recognized at all ballparks and baseballs were stamped with No. 42.

It wasn't until 2007 that players began wearing No. 42 jerseys in Robinson's honor. That year, Cincinnati Reds outfielder Ken Griffey Jr. called MLB commissioner Bug Selig and asked his permission to wear No. 42 on Jackie Robinson Day when the Reds took on the Cubs. Selig agreed, and Griffey and six black Cubs players donned nameless No. 42 jerseys in Robinson's honor.

In 2007 and 2008, the MLB allowed anyone to wear No. 42 upon request on April 15. In 2009, the MLB began requiring all uniformed personnel to wear the number on Jackie Robinson Day, a tradition that has stuck.