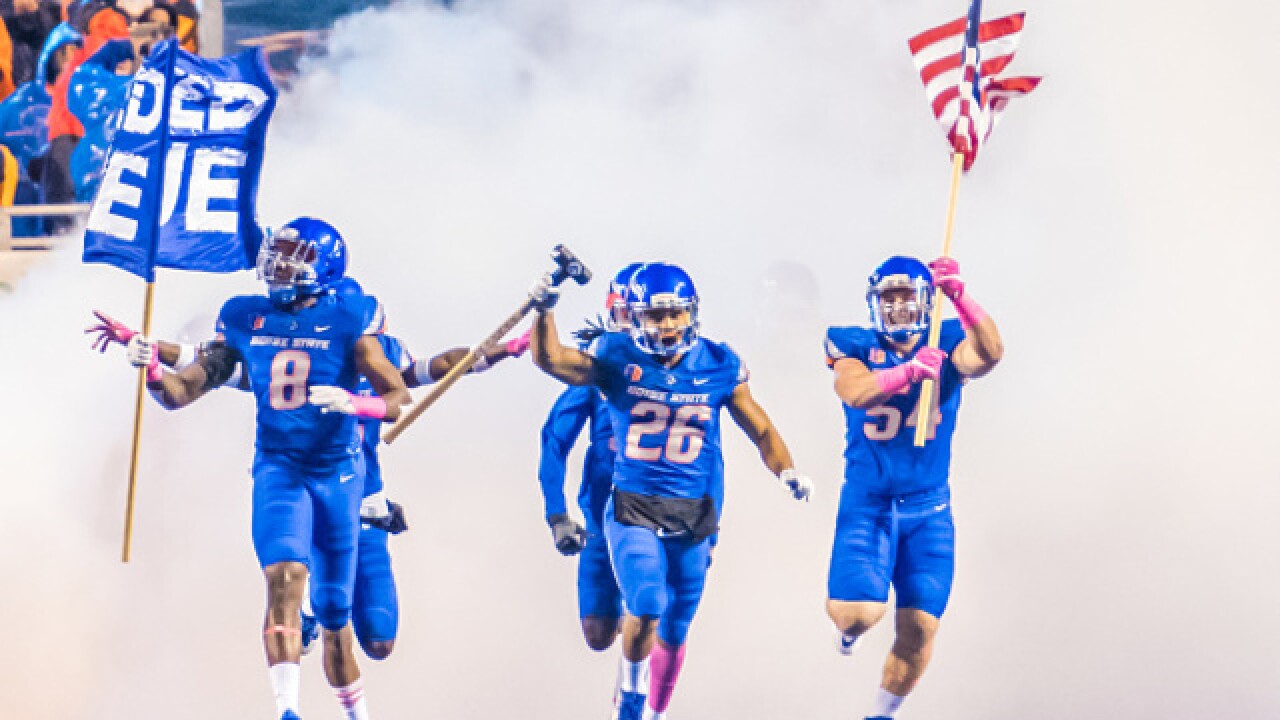 Copyright 2017 Scripps Media, Inc. All rights reserved. This material may not be published, broadcast, rewritten, or redistributed.
Icon Sportswire
<p>BOISE, ID - OCTOBER 21: Boise State Broncos cornerback Avery Williams (26) leads his teammates onto the field with 'the hammer' during the regular season game between the Wyoming Cowboys verses the Boise State Broncos on October 21, 2017 at Albertsons Stadium in Boise, ID(Photo by Douglas Stringer/Icon Sportswire via Getty Images)</p>

Brett Rypien threw four touchdown passes, including two in the final 1:41 of regulation, to help Boise State rally for a 59-52 overtime win over Colorado State on Saturday night.

Rypien was 23-of-43 passing for 331 yards and Alexander Mattison had career highs of 242 yards rushing and three touchdowns for Boise State (8-2 overall, 6-0 Mountain West).

Rypien's lone interception, with six minutes left in regulation, set up Rashaad Boddie's 4-yard touchdown run that gave Colorado State (6-5, 4-3) a 52-38 lead with 2:58 to go. Rypien led the Broncos on a 10-play, 75-yard drive that was capped by his 13-yard TD pass to Sean Modster just more than a minute later.

After a pair of 3-yard runs by Mattison, on third-and-4, Rypien connected with Roh for 15 yards to set up a 4-yard TD run by Mattison that made it 59-52. Then, on third-and-2 from the 6, Leighton Vander Esch forced a fumble by Boddie that Boise State's Tyler Horton recovered to seal it.

Colorado State scored touchdowns on each of its first five possessions to take a 35-10 lead into halftime.

The Broncos, who improved to 7-0 all-time against the Rams, can clinch conference's Mountain Division title with a home win over Air Force next Saturday.