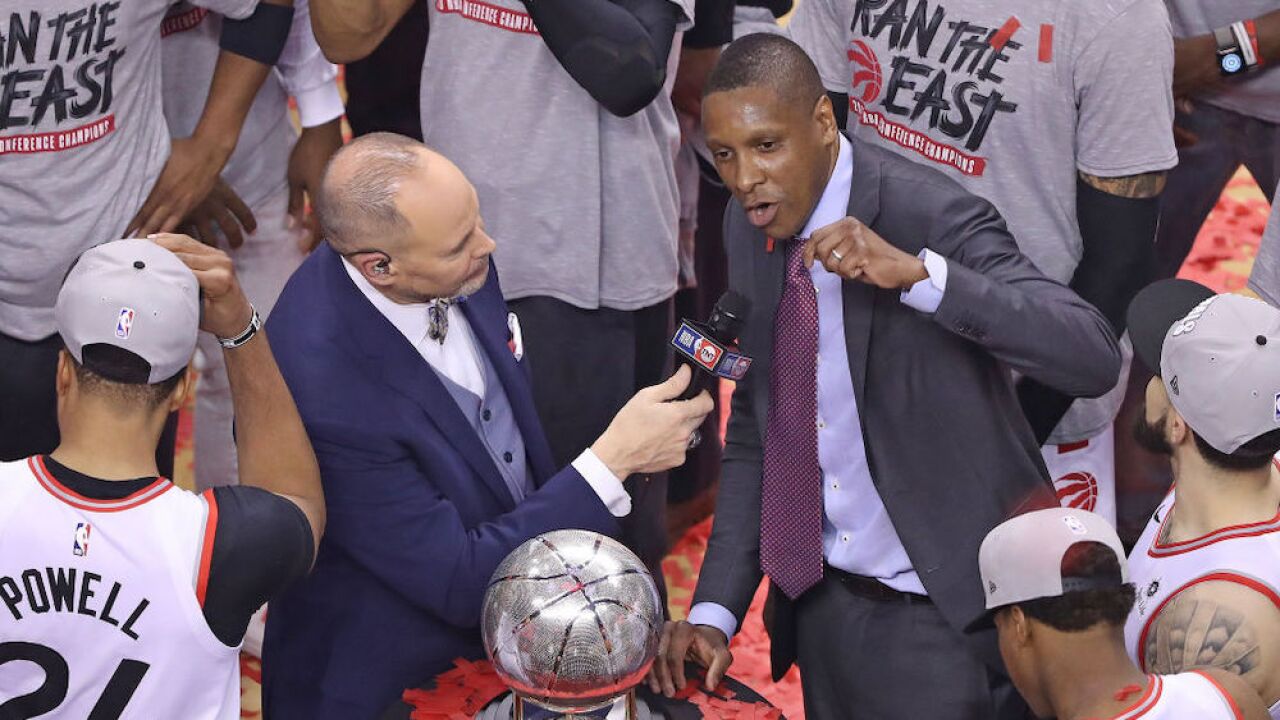 Masai Ujiri, the general manager of the Toronto Raptors, was reportedly involved in an on-court scuffle with police following his team's NBA Finals-clinching victory on Thursday night.

Video captured by NBC Bay Area shows Ujiri being separated from security on the floor of Oracle Arena in Oakland in the aftermath of the incident. The outlet reports that prior to the video being taken, Ujiri "pushed" and officer and struck him in the face.

According to the San Francisco Chronicle , A spokesman for the Alameda County Sheriff's office confirmed that an officer had been hit in the face by a "Raptors executive," but did not identify Ujiri.

Ujiri was reportedly trying to meet his team on the court following the Raptors' 114-110 win over the Golden State Warriors — a win that clinched the Raptors' first-ever NBA title. A spokesperson for the Alameda County Sheriff's office claims that Ujiri did not have a proper press credential.

#BREAKING: Sheriff's deputy reportedly pushed and struck in the face by a man believed to be a Toronto Raptors executive after Game 6 of the #NBAFinals at Oracle Arena, @ACSOSheriffs says. https://t.co/fobdK9iWEq pic.twitter.com/a4X0IysY5Z

Bystanders eventually helped identify Ujiri, and he was allowed on the court.

Ujiri was not taken into custody. The Chronicle reports that the Sheriff's department and the Oakland police will conduct an investigation, and NBC Bay Area reports that the case will be passed on to the Alameda County District Attorney's Office.

Following the game, ESPN reported that the Washington Wizards were preparing to offer Ujiri a $10 million annual contract to leave Toronto and take over basketball operations in DC.