Offense and Defense lead Broncos to another win 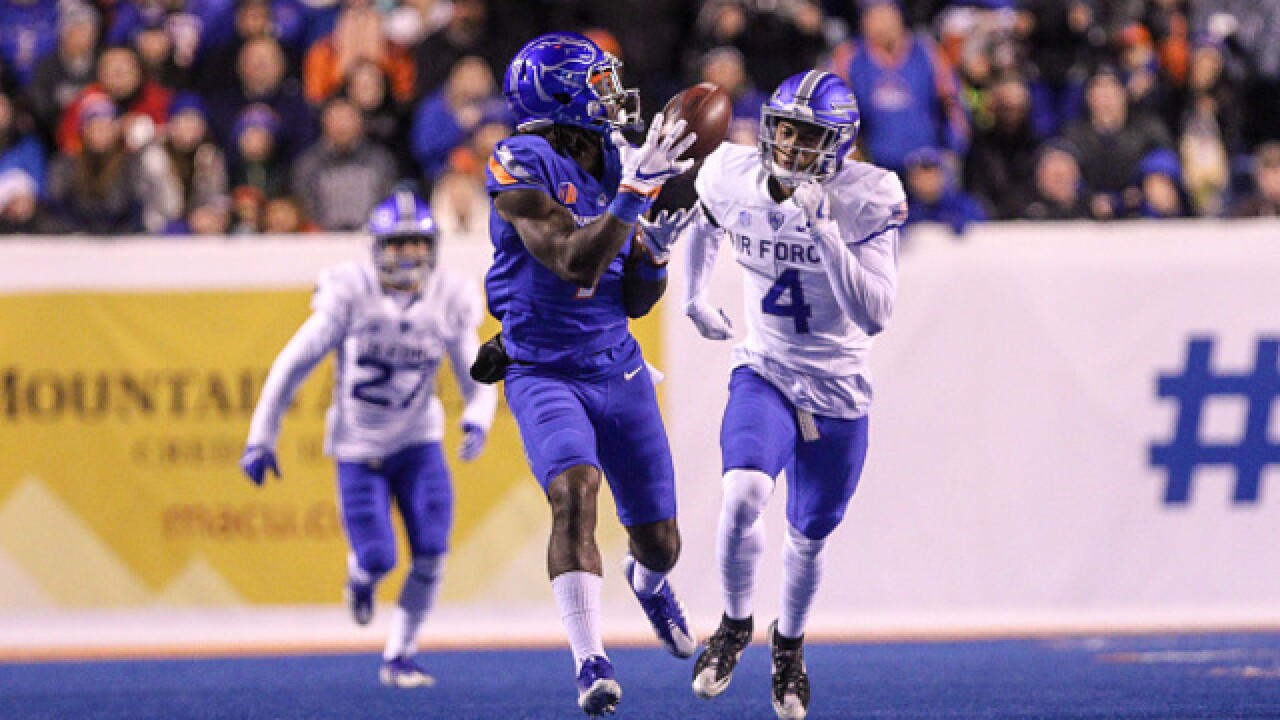 Copyright 2017 Scripps Media, Inc. All rights reserved. This material may not be published, broadcast, rewritten, or redistributed.
Loren Orr
<p>BOISE, ID - NOVEMBER 18: Wide receiver A.J. Richardson #7 of the Boise State Broncos catches a long touchdown pass over the top of the defense of defensive back James Jones #4 of the Air Force Falcons during first half action on November 18, 2017 at Albertsons Stadium in Boise, Idaho. (Photo by Loren Orr/Getty Images)</p>

Before the Broncos even took to the field last night against Air Force, they already knew they had clinched a spot in the Mountain West championship game after Wyoming lost to Fresno State.

Last night on the blue the Broncos had more on their mind against the Falcons.

It was an offensive display. Quarterback Brett Rypien tossed 300 yards and three scores.  Wide receivers A.J. Richardson and Cedrick Wilson each had over 100 yards receiving as Boise state grabbed their seventh straight victory by beating the Falcons 44 to 19.

"We want to finish this year strong especially with air force losing to them the past three years we weren't going to let up at all and that does not mind going into a game," said Quarterback Brett Rypien.

The win also snapped a 3 game losing skid against Air Force.  The Bronco defense once again showed to be a formidable weapon, forcing three turnovers and limiting the Falcons to 181 yards rushing.

"Air force has been giving us trouble for last two to three years so for us to go out there and get this win with huddles totals and yards it just shows that we really have bought into it," said, Cornerback Tyler Horton.

"We still need to finish that's really the bottom line it's just that it's that mindset we have another game on the schedule and then we figure it out from there.  We aren't thinking about the second we are thinking about the next game how do we get ourselves prepared for that what do we need to do and obviously go back and start studying and how do we get ready for Fresno," said Head Coach Bryan Harsin

The Bulldogs and Broncos have taken the field 18 times with their first meeting back in 1977. Boise State has won twice in a row against the Bulldogs the last two times the teams have faced off.