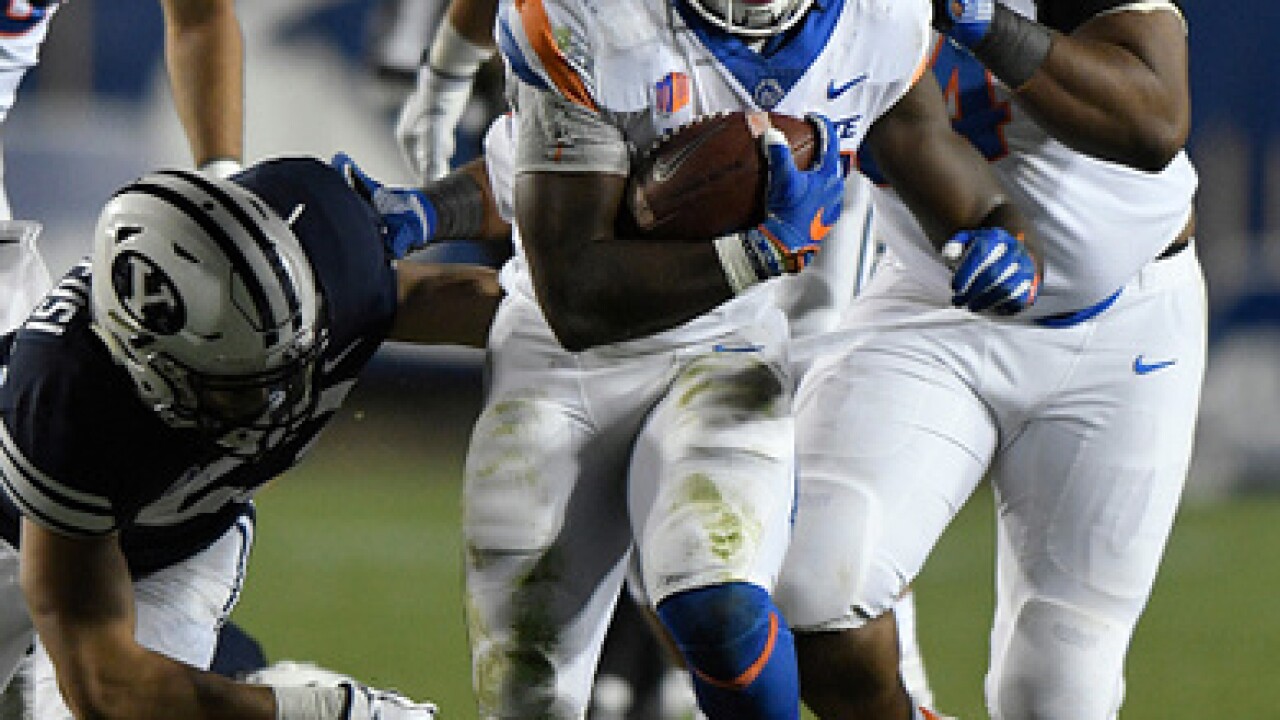 Copyright 2017 Scripps Media, Inc. All rights reserved. This material may not be published, broadcast, rewritten, or redistributed.
Gene Sweeney Jr.
<p>PROVO, UT - OCTOBER 6: Alexander Mattison #22 of the Boise State Broncos runs for a second half first down during their 24-7 win over the Brigham Young Cougars at LaVell Edwards Stadium on October 6, 2017 in Provo, Utah. (Photo by Gene Sweeney Jr./Getty Images)</p>

Boise State scored 17 straight points in the second quarter to take a 10-point lead into halftime.

Mattison took a direct snap in a wildcat formation and ran it in from the 12 to tie it at 7 in the second quarter. After Kekoa Nawahine intercepted BYU's pass and returned it 51 yards to the Cougars 22, Boise State settled for a short field goal and a 10-7 lead.

Boise State took a two-score lead with 36 seconds left in the half on Sean Modster's first career touchdown catch. Mattison scored the only points of the second half on a 2-yard run early in the fourth to cap an 82-yard drive.

Tanner Mangum was 18-of-33 passing for 164 yards and two interceptions for BYU (1-5), which lost its fifth straight for the first time since 1970. Ula Tolutau opened the scoring in the first quarter with a 3-yard touchdown.