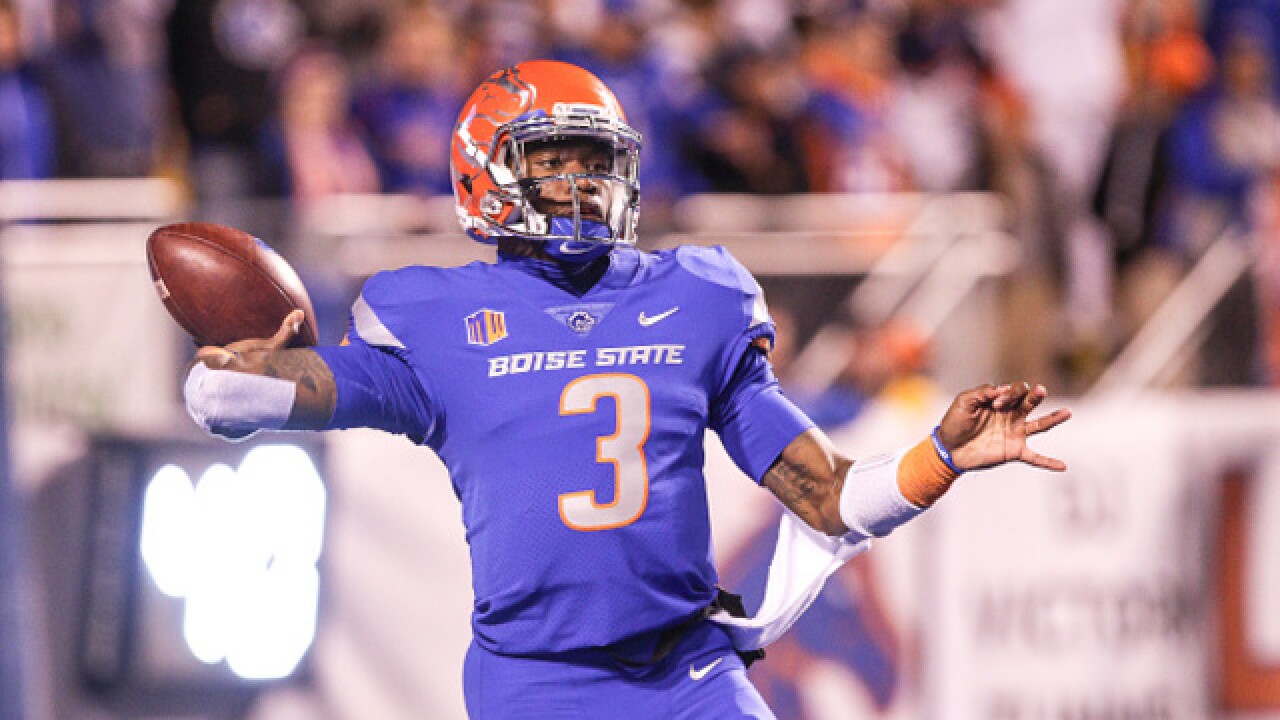 Copyright 2017 Scripps Media, Inc. All rights reserved. This material may not be published, broadcast, rewritten, or redistributed.
Loren Orr
<p>BOISE, ID - SEPTEMBER 22: Quarterback Montell Cozart #3 of the Boise State Broncos scrambles to throw a pass during second half action against the Virginia Cavaliers on September 22, 2017 at Albertsons Stadium in Boise, Idaho. Virginia won the game 42-23. (Photo by Loren Orr/Getty Images)</p> 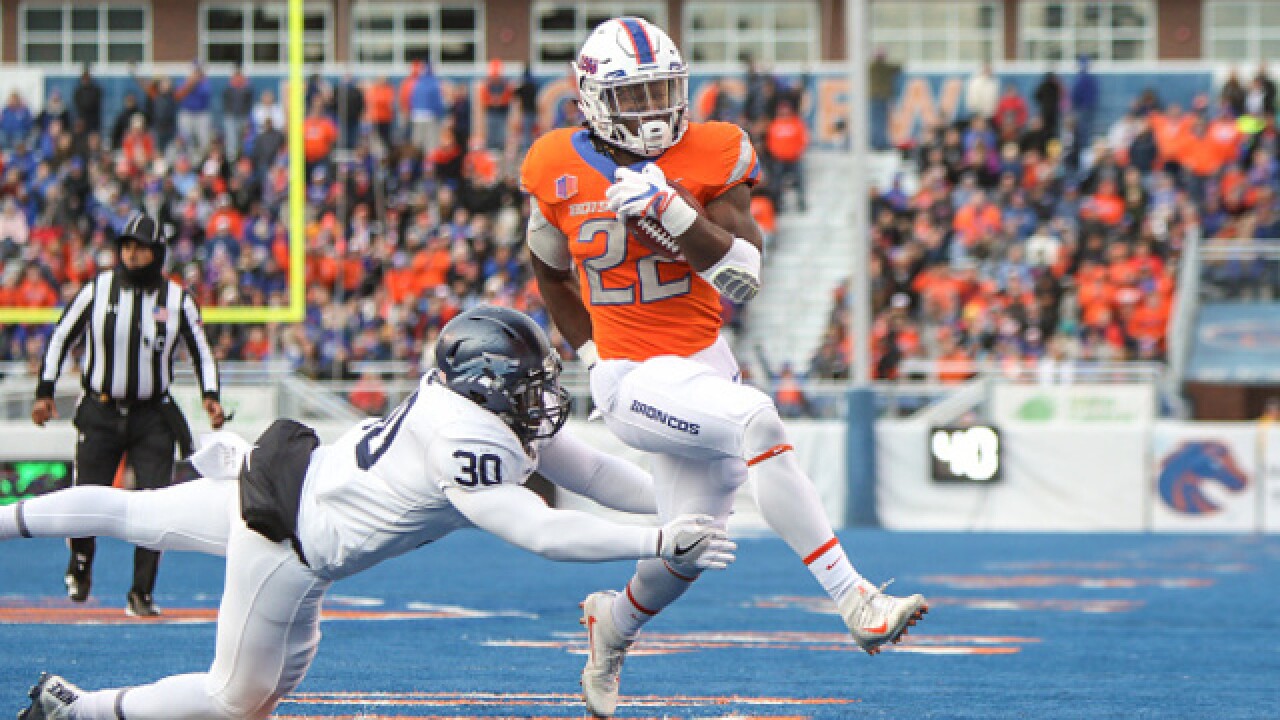 This weekend's Mountain West Conference title game will be the first time running back Alexander Mattison and quarterback transfer Montell Cozart will get to play in a college conference championship game.

Both are just soaking it all in.

"It was nice when I was going through the recruiting process this was something I was looking forward to and this helped me make my decision to come here,” said Quarterback Montell Cozart.

"I haven't won a championship this is a big game for this team because it's part of our goal we just know a lot is on the line right now," said Running Back Alexander Mattison.