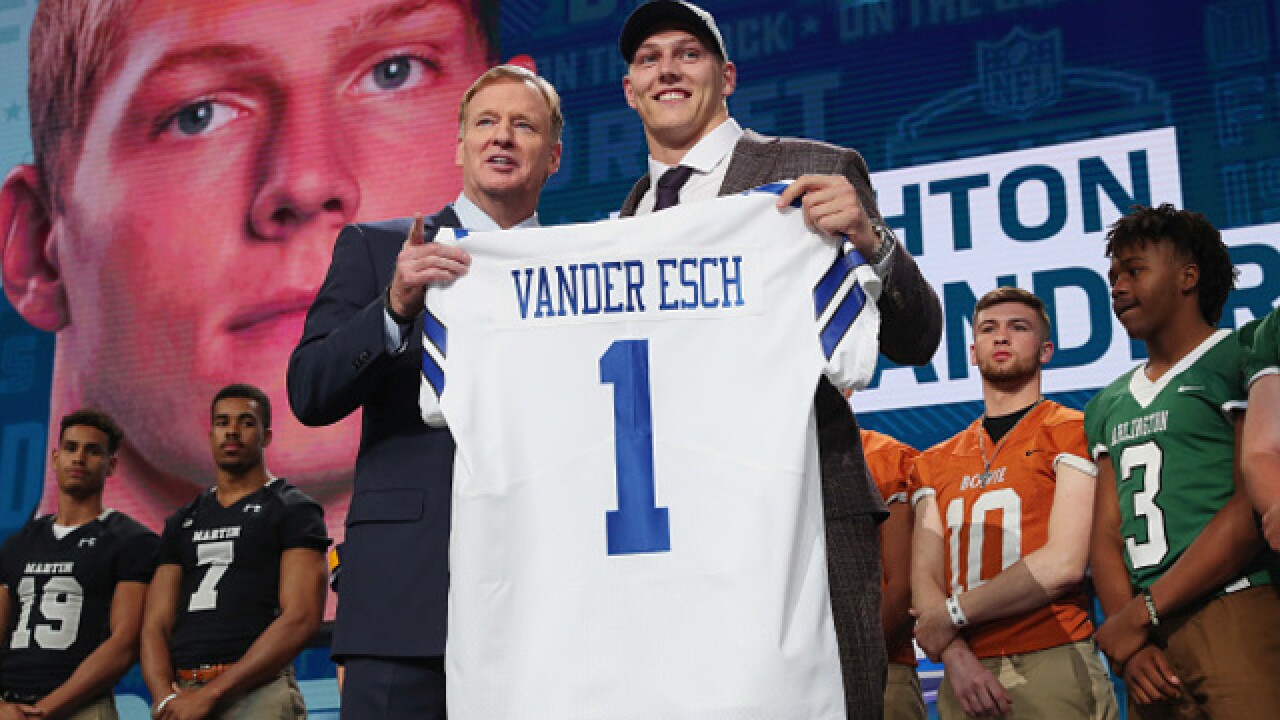 Copyright 2018 Scripps Media, Inc. All rights reserved. This material may not be published, broadcast, rewritten, or redistributed.
Tom Pennington
<p>ARLINGTON, TX - APRIL 26: Leighton Vander Esch of Boise State poses with NFL Commissioner Roger Goodell after being picked #19 overall by the Dallas Cowboys during the first round of the 2018 NFL Draft at AT&T Stadium on April 26, 2018 in Arlington, Texas. (Photo by Tom Pennington/Getty Images)</p>

Former Boise State linebacker Leighton Vander Esch was drafted by the Dallas Cowboys in the first round (19th overall) of the NFL Draft Thursday in Dallas.

Vander Esch becomes the fifth Bronco all-time to be taken in the first round of the draft and matches Shea McClellin (2012, No. 19 to the Chicago Bears) as the second-highest selected Boise State product.

Boise State has now also had a player drafted in the third round or higher in 11 of the last 14 NFL Drafts.

He finished his senior season as one of the top all-around defensive players leading the team in tackles (141), intercepting three passes, forcing four fumbles, and recording 4.0 sacks and 8.5 tackles-for-loss.

The Riggins, Idaho native became the first Bronco to be named Mountain West Defensive Player of the Year and backed it up with being named the Defensive MVP of the Mountain West Championship Game.