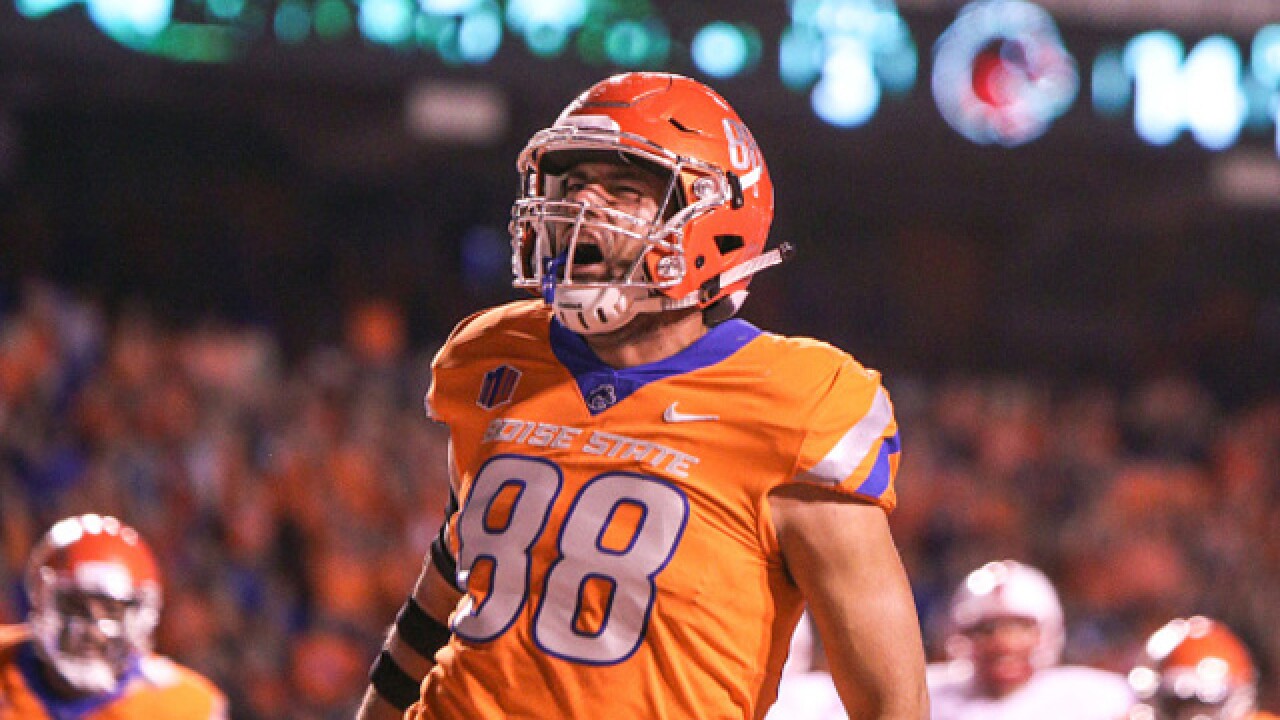 Jake Roh caught two touchdown passes and took a direct snap for a 6-yard TD run, and Boise State pulled away in the fourth quarter to beat New Mexico 28-14 on Thursday night in the Mountain West Conference opener for both teams.

Montrell Cozart was 15 of 19 for 137 yards passing, and added 71 yards rushing including a 28-yard TD run in the first quarter. He threw a 5-yard TD to Roh in the first half and flipped a 15-yard TD pass to Roh in the fourth when it appeared Cozart was going to run. Cozart got the start with Brett Rypien out due to injury. Rypien went through some throwing work pregame but did not suit up. Rypien appeared to suffer a concussion in the loss to Washington State.

New Mexico (1-2) was forced to use third string quarterback Coltin Gerhart after starter Lamar Jordan was knocked out late in the first half with a concussion. Jordan was hit by Boise State's Chase Hatada after throwing the ball away. Hatada was flagged for targeting and ejected.

Gerhart was 7-of-13 passing for 67 yards and threw a 14-yard touchdown to Anselem Umeh late in the fourth. Gerhart added 49 yards rushing. Jordan rushed for 20 yards and completed one pass before being injured. New Mexico was without backup Tevaka Tuioti, who did not make the trip due to injury.

Tyrone Owens added 46 yards rushing and a 5-yard touchdown for the Lobos.

New Mexico: The Lobos were held to 198 yards rushing as the triple-option offense had its inconsistencies. It was the second straight week the Lobos run game was held under 200 yards after rushing for 176 in last week's loss to New Mexico State.

Boise State: While the Broncos got the victory, it was an offensive struggle for much of the night. Boise State finished with 264 total yards and had just two plays of more than 20 yards. The short week likely played a part in the problems, but the offense will be worth watching the next few weeks.

New Mexico: The Lobos travel to Tulsa on Saturday, Sept. 23.