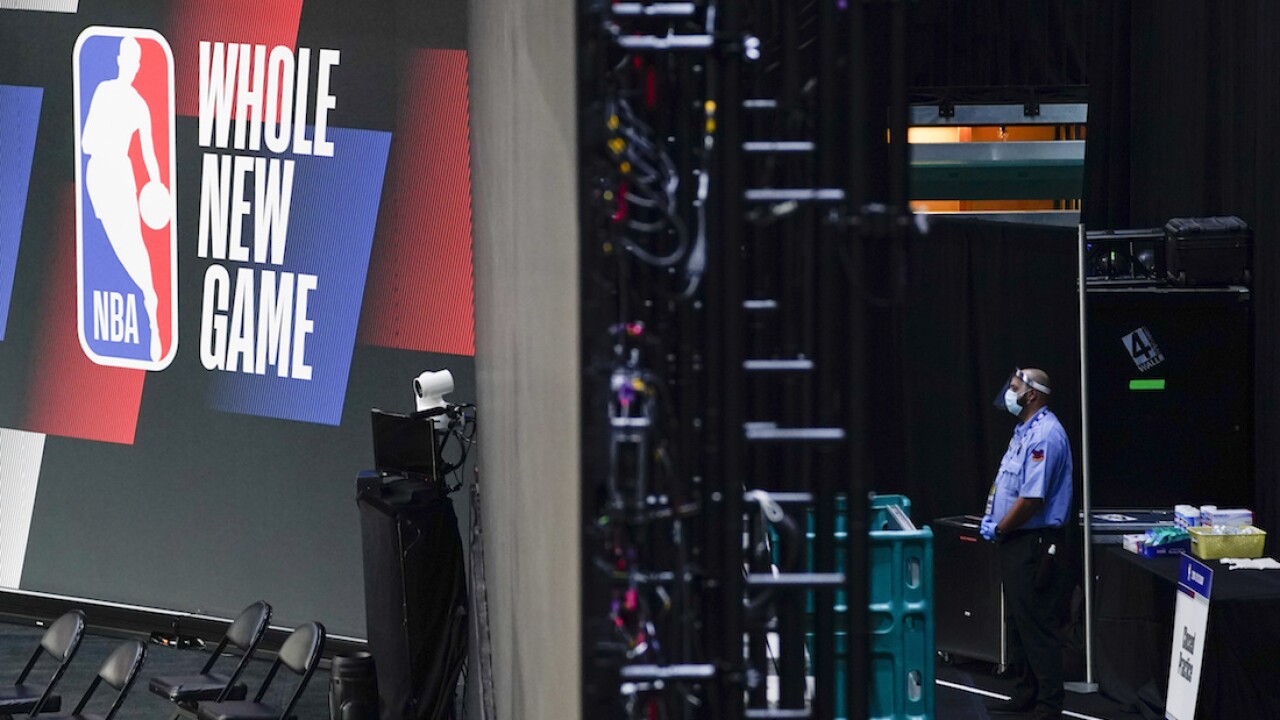 Copyright 2020 The Associated Press. All rights reserved
Ashley Landis/AP
FILE - In this July 29, 2020, file photo, a security guard wearing a face mask stands near a basketball arena inside thre NBA bubble at ESPN Wide World of Sports Complex in Lake Buena Vista, Fla. The NBA had teams in the bubble for three months. The NHL playoff bubble lasted 65 days from the time teams arrived in Toronto and Edmonton, Alberta, until Tampa Bay won the Stanley Cup. Officials from both leagues beamed that mask, distancing and other protocols were still being followed strictly on the final day. (AP Photo/Ashley Landis, File)

The NBA and the National Basketball Players Association have struck a deal on rules for this coming season, setting the stage for what will be a frenzied few weeks before games resume.

Teams will play a 72-game schedule, with the league announcing the full regular-season and broadcast schedules at a later date.

The league said a new system would be used to ensure that the split of basketball-related income continues, one of the many details that had to be collectively bargained with the union because the current agreement between the sides had a great deal of language needed reworking because of the coronavirus pandemic.

"A new system will be used to ensure the parties' agreed-upon split of basketball-related income (BRI)," the league said in the news release. "In the event, player compensation were to exceed the players' designated share in any season, necessary salary reductions beyond the standard 10 percent escrow would be spread across that season and potentially the following two seasons, subject to a maximum salary reduction in any season of 20 percent."

This season, teams will not be playing in a bubble, so health and safety protocols amid the coronavirus pandemic will need to be worked out as teams will be traveling from city to city once again.

Last season ended on Oct. 10, so the Los Angeles Lakers and the Miami Heat will only have rested seven weeks before they start training camp on Dec. 1.