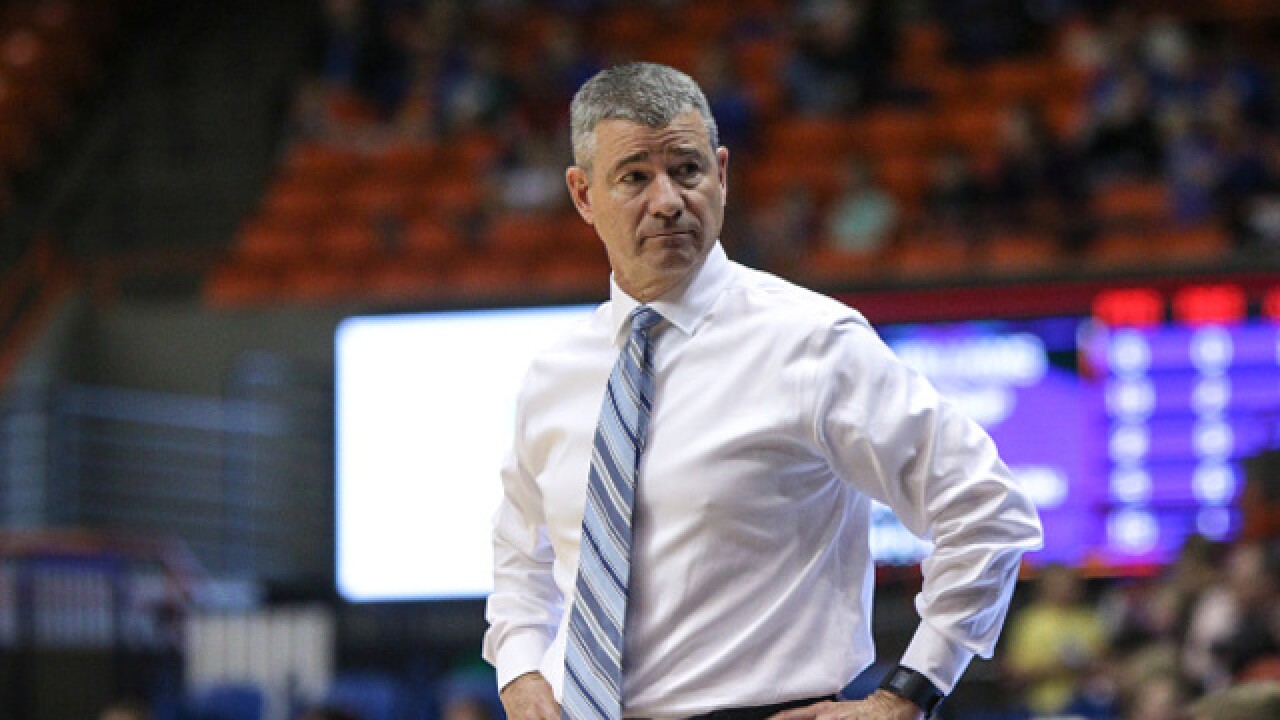 Copyright 2017 Scripps Media, Inc. All rights reserved. This material may not be published, broadcast, rewritten, or redistributed.
Loren Orr
<p>BOISE, ID - NOVEMBER 12: Head coach Leon Rice of the Boise State Broncos looks down his bench during second half action between the Southern Utah Thunderbirds and the Boise State Broncos on November 12, 2017 at Taco Bell Arena in Boise, Idaho. Boise State won the game 90-69. (Photo by Loren Orr/Getty Images)</p>

Donovan Jackson scored 26 points and Iowa State blew most of a huge lead before holding off Boise State 75-64 in Sunday's championship game at the relocated Puerto Rico Tip-Off.

Nick Weiler-Babb had 10 points, seven rebounds and 11 assists to earn honors as the tournament's most valuable player for the Cyclones (3-2). And Jackson set a tournament scoring record with 76 points, including a huge 3-pointer with 1:17 left after the Broncos had cut a 24-point second-half deficit all the way to four.

Chris Sengfelder scored 20 points for the Broncos, who played most of the way without all-Mountain West Conference guard Chandler Hutchison. He took a hard fall and hit his head on the court at the 16:19 mark, then left with 12:22 left before halftime.

Boise State: The Broncos showed a ton of fight to get back in this one. More impressively, they did it with Hutchison watching most of the game from the bench wearing a hoodie and warmup pants after checking out for the final time. Sengfelder hit four of Boise State's nine second-half 3-pointers, which allowed the Broncos to twice get within four before the Cyclones did just enough to hang on.

Iowa State: The Cyclones arrived in South Carolina for the tournament at 0-2. They went on to win three games in four days. One of the biggest changes was Weiler-Babb seeing more time at the point, which had him flirting with triple-doubles and opening up things for Jackson on the wing.